Risk assets rally as Congress reaches an “agreement in principle” on border security funding. The Dow Jones Industrial Average and S&P 500 both rallied 1.49% and 1.29% respectively as the S&P broke through its 200-day moving average for the first time since early December. Despite the market’s enthusiastic response, President Trump has not yet indicated that he will approve the proposal, saying that that the agreement is “not doing the trick” as of yet. Also boosting the rally was speculation that President Trump may meet with Chinese President Xi Jinping after White House advisor Kellyanne Conway told reporters, “this President wants a deal”. 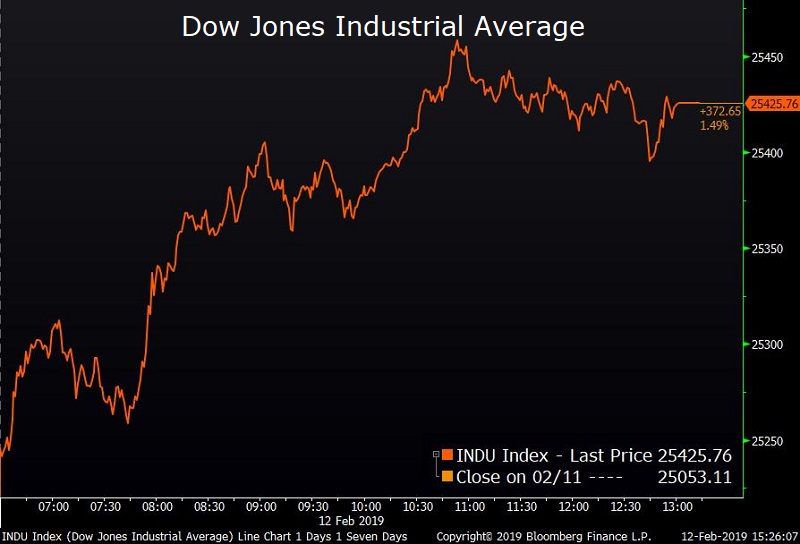 Treasurys sell off amid risk rally. Treasury yields rose 2-3 basis points across the curve, 10 year and 7 year yields rising as much as 3 basis points as the interest rate curve steepened slightly.  Swap rates followed suit, also rising 2+ basis points. Fed Chairman Jerome Powell said today that he does not feel the probability of a recession is elevated- those remarks standing in sharp contrast to the low single-digit likelihood markets are assigning any rate hikes in 2019. 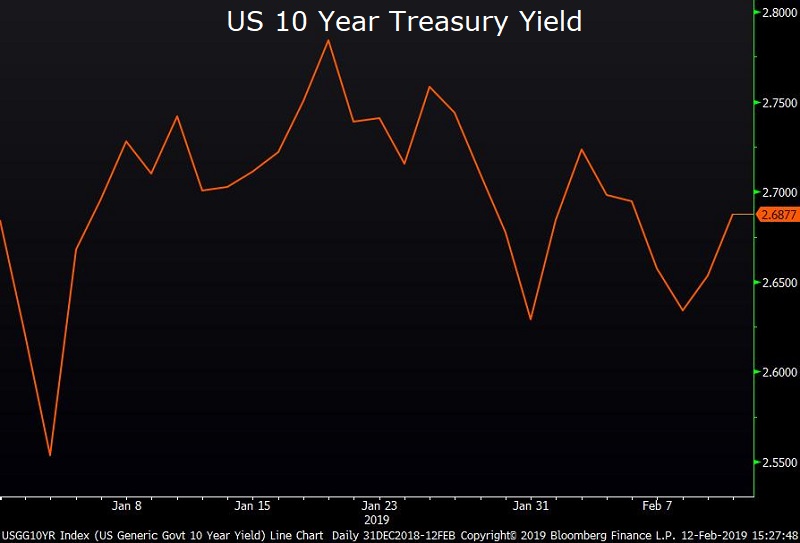 UK PM Theresa May expects Parliament to support new Brexit. May’s comments come as talks with the EU are “at a crucial stage.” The UK is negotiating without much leverage, but any deal reached by May seems likely to meet approval as members of Parliament fear the consequences of stumbling into a no-deal Brexit. The Pound rallied 0.31% against the dollar. 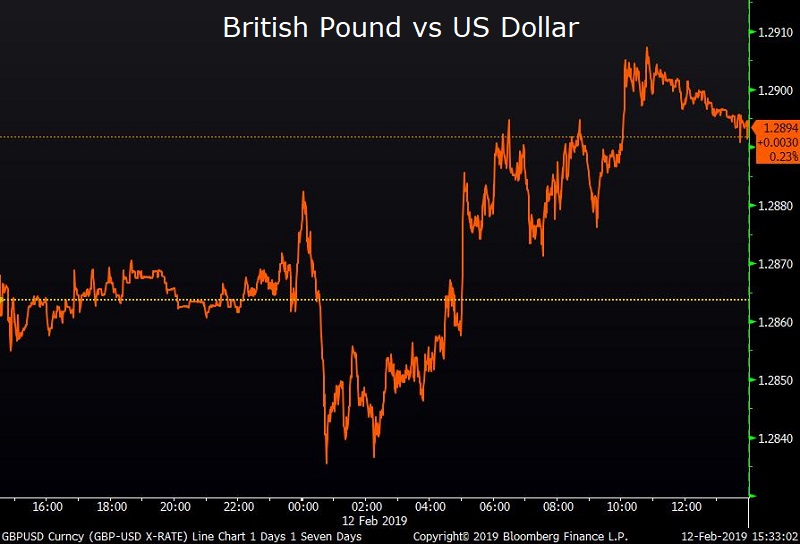 Looking ahead. Tomorrow, markets will get January’s CPI print. Currently, market participants expect the inflation measure to tick up to 0.1%, and for core CPI to tick up 0.2%. Any upside surprise in either of those inflation measures could mean a further sell-off in Treasuries. Fed officials Patrick Harker and Loretta Mester are also scheduled to speak.