Stocks and rates edge higher ahead of China-US trade negotiations. The S&P 500 and Nasdaq Composite closed 0.07% and 0.13% higher respectively. Treasury yields were 2-3 basis points higher on the day, and swap rates rose 1-2 basis points. US Treasury Secretary Steven Mnuchin and US Trade Representative Robert Lighthizer are expected to begin working-level talks in Beijing on Thursday with their Chinese counterparts. Both sides are looking to reach an agreement ahead of the self-imposed March 1st deadline. If a deal is not reached by that date then US tariffs on $200 billion worth of Chinese imports will increase to 25% from the current level of 10%. Shutdown negotiations “stalled” according to GOP lawmaker. GOP Richard Shelby put the odds of a deal being resolved by the Monday deadline at 50%. Both sides are deadlocked over immigrant detention policy, and while the economic impact of the previous shutdown was limited, an additional shutdown of the government will concern those who are looking ahead to a potential debt ceiling impasse in early March. Moody’s has already warned that a second government shutdown will “complicate negotiations over the debt ceiling”- raising the probability of a potential technical default by the US. 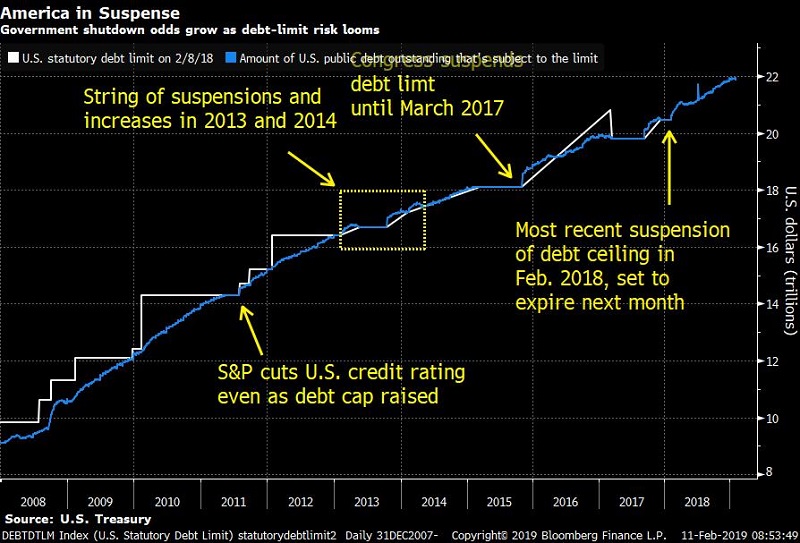 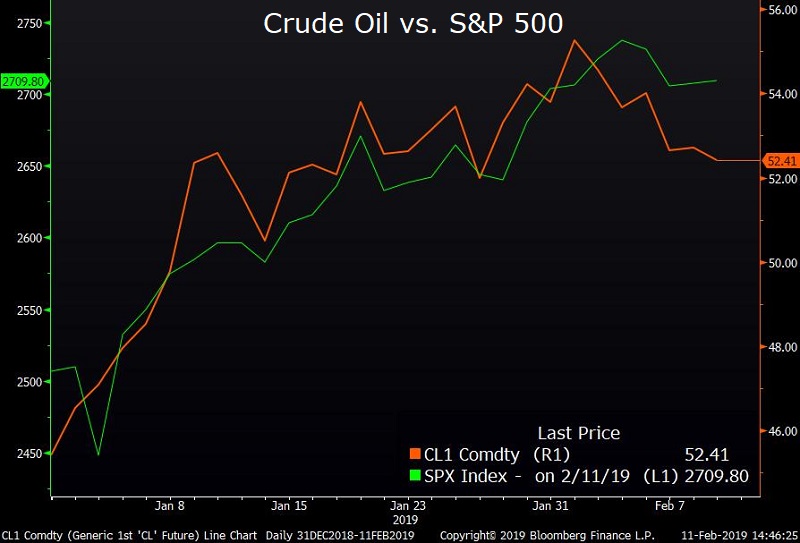 Brexit uncertainty weighs on U.K. growth. The British economy slowed sharply in the final quarter of 2018 as Brexit worries weighed on business investment and as a global slowdown depressed trade. The U.K. economy expanded at a meager .2% pace in Q4, slowing from a .6% pace in the previous quarter. For 2018 as a whole, GDP expanded 1.4%–down from 1.8% last year and the slowest pace since 2012.