US equities end three day winning streak after reports of a delay to Trump-Xi meeting. Markets have currently priced in a positive outcome to the trade dispute between the world’s two largest economies. Any disruption or negative spread would mean a significant risk-off move, and the news of a delay to the meeting was enough to push the S&P 500 and Nasdaq down 0.1% and 0.2%, respectively. The impact of tariffs continues to be seen in China’s economic data where industrial output has fallen to multi-decade lows. In the US, economic data was mixed to slightly negative, initial jobless claims coming in right with expectations while new home sales surprised well to the downside, falling 6.9% versus a forecasted rise of 0.2%. 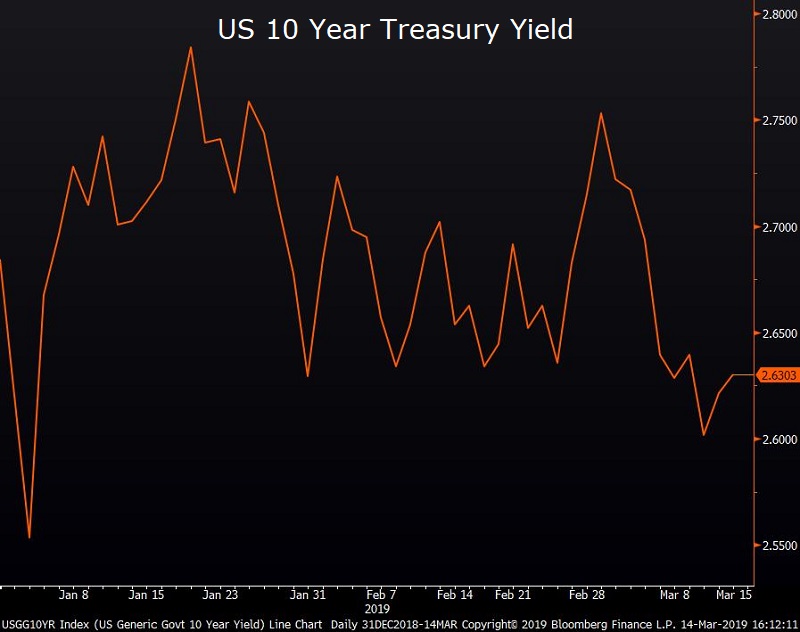 Treasurys mixed on economic data and trade concerns. The spread between 2- and 10-year Treasury yields increased slightly to 16.3 basis points- off the lows established earlier this year, but still exceptionally flat relative to the historical norm. The spread between 10- and 30-year Treasury yields is now at its wideset point since early 2018, though again relatively low compared to the historical average. While the market is currently projecting no interest rate hikes by the Fed in 2019, one sign does point to rising rates- weakening demand at treasury auctions: 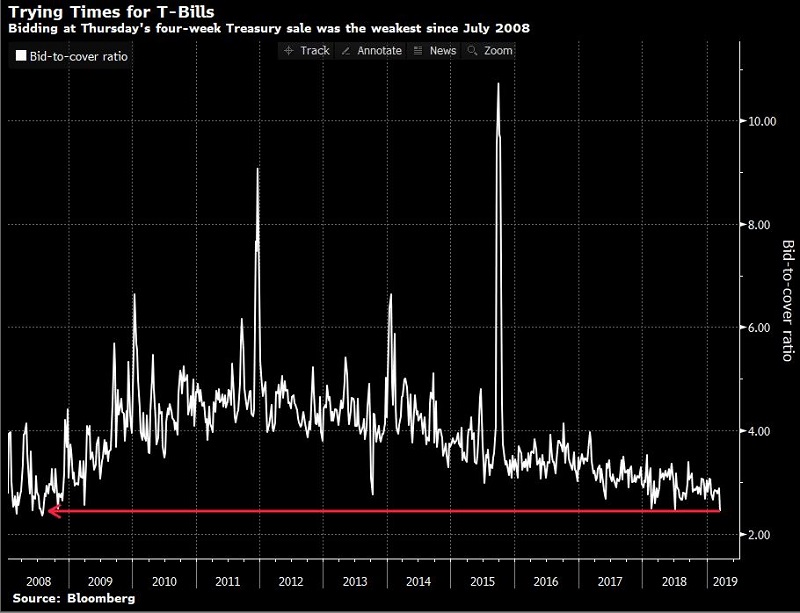 Crude oil hits year to date highs as market expects sanctions to diminish supply from Venezuela and Iran. US shale output will remain the linchpin to crude oil prices going forward, as seemingly limitless supply gets churned out from the Permian Basin in Texas. Worries on global growth could also affect the commodity- US crude ended the day at $58.59/barrel. 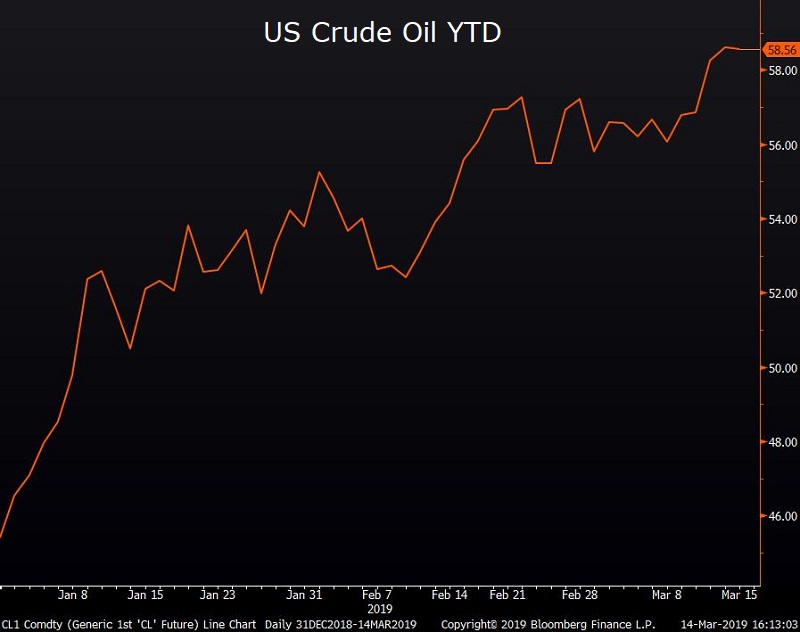