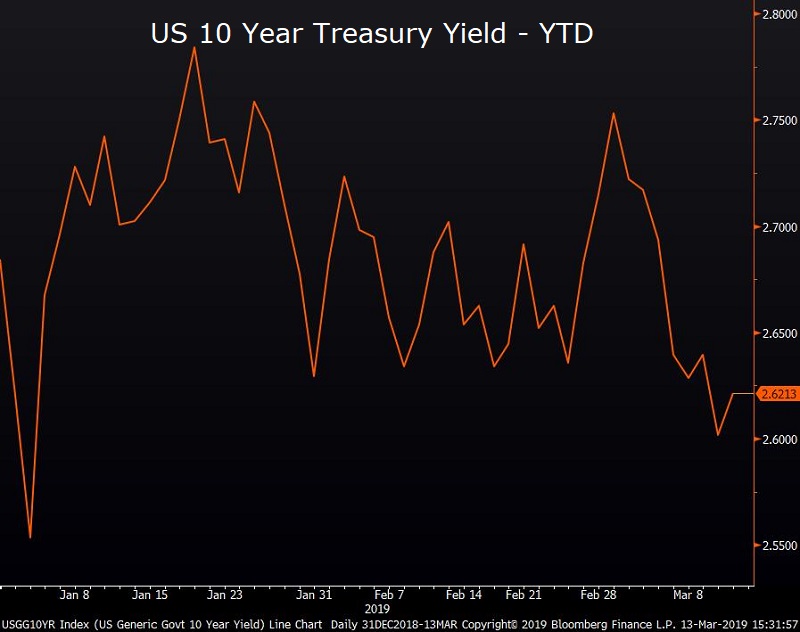 US equities rise for the third day in a row, the S&P 500 closing at its highest level since November. US stocks were led by the healthcare and energy sectors, the S&P and Nasdaq both closing up 0.7%. Boeing, which had dragged the Dow down the past two sessions closed up 0.5% despite news that the US followed the rest of the world’s example and grounded the 737 Max jet. Elsewhere in risk markets, US crude rose 2.4% after US inventories unexpectedly fell. 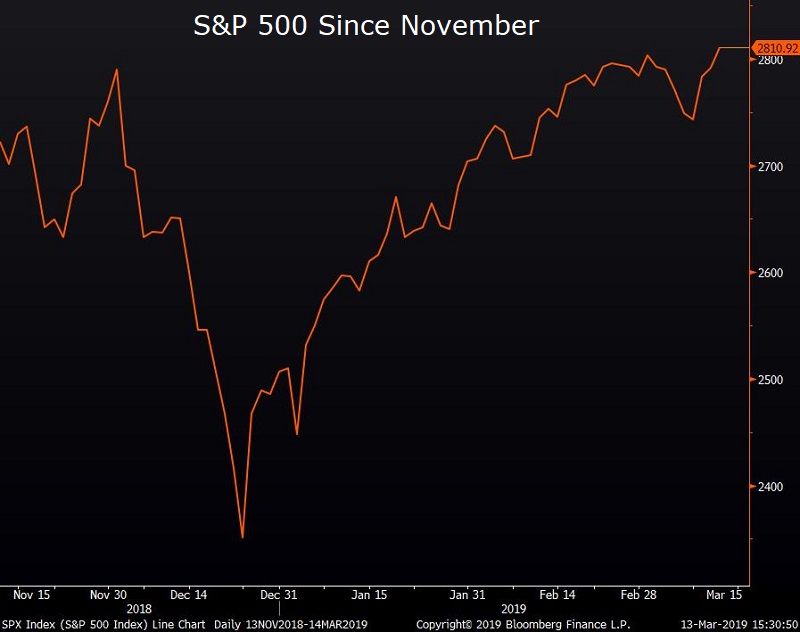 British parliament soundly rejects a no deal Brexit. The vote came a day after Parliament rejected Prime Minister Theresa May’s negotiated Brexit deal with the EU and eliminates the worst case scenario for markets. The next step will likely be an extension to the March 29th deadline and potentially even a second referendum. The pound and FTSE 100 both rallied on the news, the pound ending the session up more than 1%: 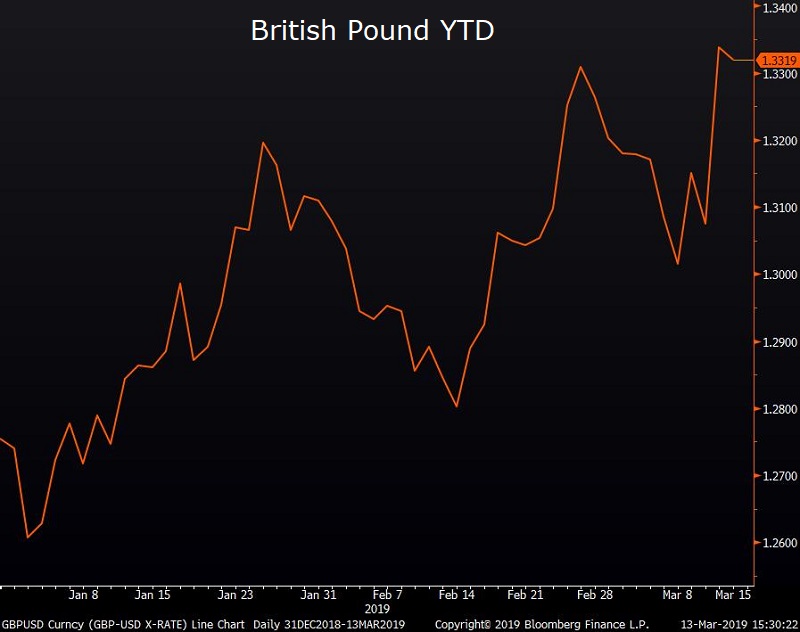