CPI release shows contained inflation. Both headline and core inflation were muted, core CPI rising at a 2.1% annual rate- below the 2.2% level forecasted. The headline figure rose at a 1.5% annual rate, again below the 1.6% consensus figure. The Fed’s next rate decision comes on March 20th, markets pricing in a 97.7% likelihood of no rate change. Swap rates fell nearly 5 bps and Treasury yields traded down 3-4 basis points across the curve, the 10 year Treasury yield closing at 2.60%. 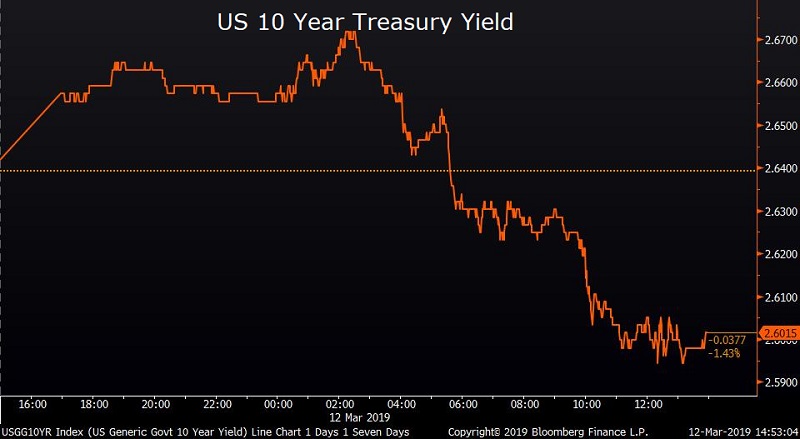 Delay to Brexit seems likely after Parliament votes down PM May’s exit package. The news comes as Theresa May’s own attorney-general warned that it’s possible the UK would be trapped into a backstop arrangement to prevent a hard border between the UK and Ireland. That proclamation gave parliament all the justification it needed to reject the current Brexit deal. Parliament will likely vote later this week to delay Brexit officially, leaving all options (including a second referendum) on the table. The FTSE 100 rose 0.29% on the news. 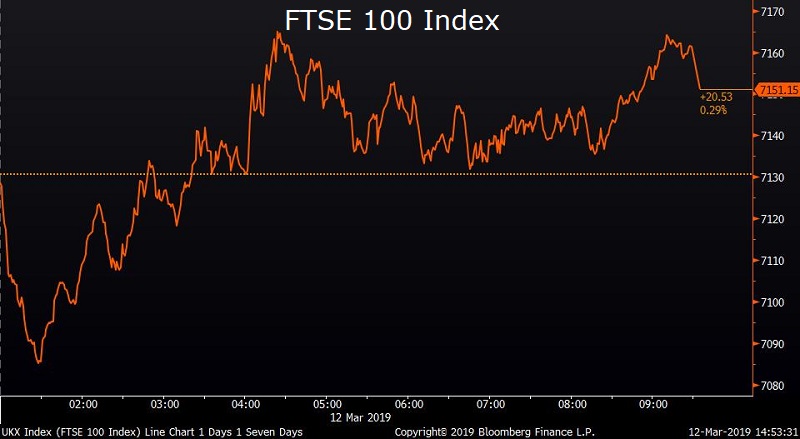 Boeing continues to dominate headlines, US equities mixed. Boeing fell a further 6% on the day after the company’s 737 MAX jet was grounded across Europe- dragging the Dow Jones Industrial Average down 0.38%. The S&P 500 on the other hand rose as much as 0.41% before paring a portion of its gains to close up 0.30%. The VIX or “Fear Index” closed near its six month low at 13.77 while the North America High Yield CDX index- a measure of the premium investors pay to insure high yield debt – also closed near its six month low at 346.134. 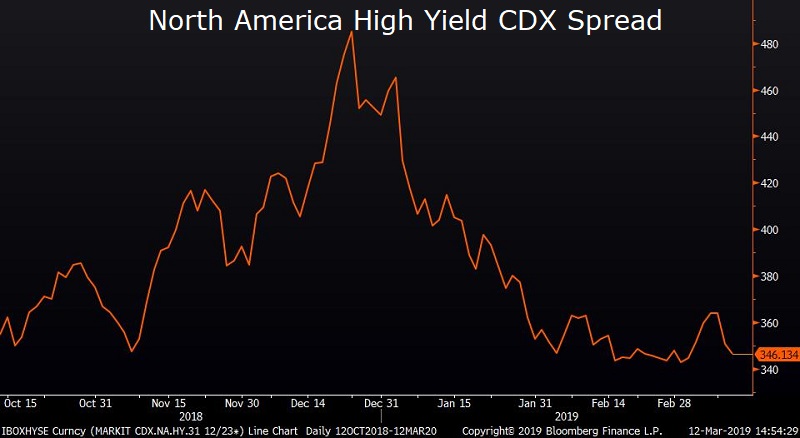