US retail sales bounce back to start first quarter. The US economy continues to show signs of resilience amid the global slowdown- US consumer spending rose 0.2% in January from the month prior (economists had projected no growth). Interestingly, the extremely weak December consumer spending number, one that sent markets into a tailspin when it was released last month, was revised even lower to a 1.6% drop. 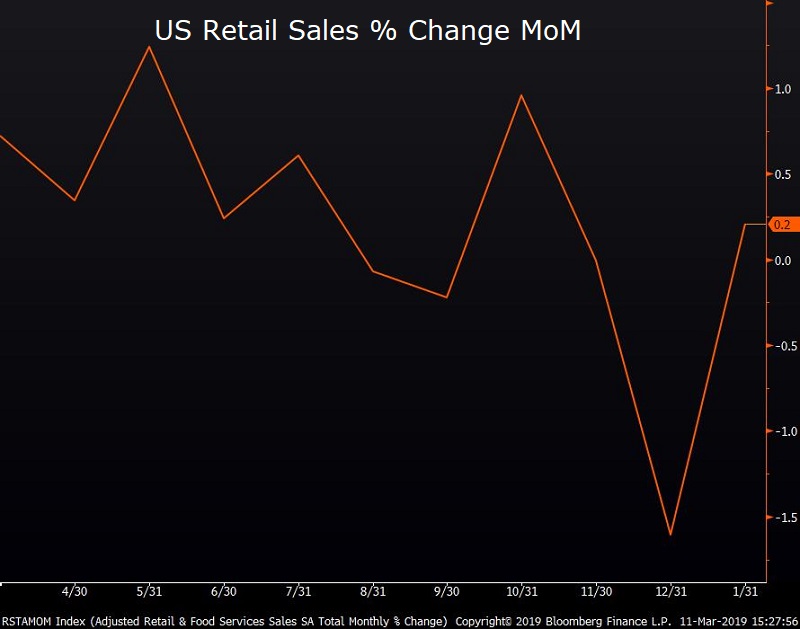 Fed Chair Powell reiterates independence and policy patience in 60 Minutes interview. The leader of the central bank re-affirmed that the Fed would “never, ever take political considerations into effect” when making monetary policy decisions. Powell also confirmed that the Fed is happy with where interest rates are currently, adding that “inflation is muted and our policy rate is… in an appropriate place.” Inflation and unemployment remain in the Fed’s target range, though markets will get a refreshed inflation figure with tomorrow’s CPI print. 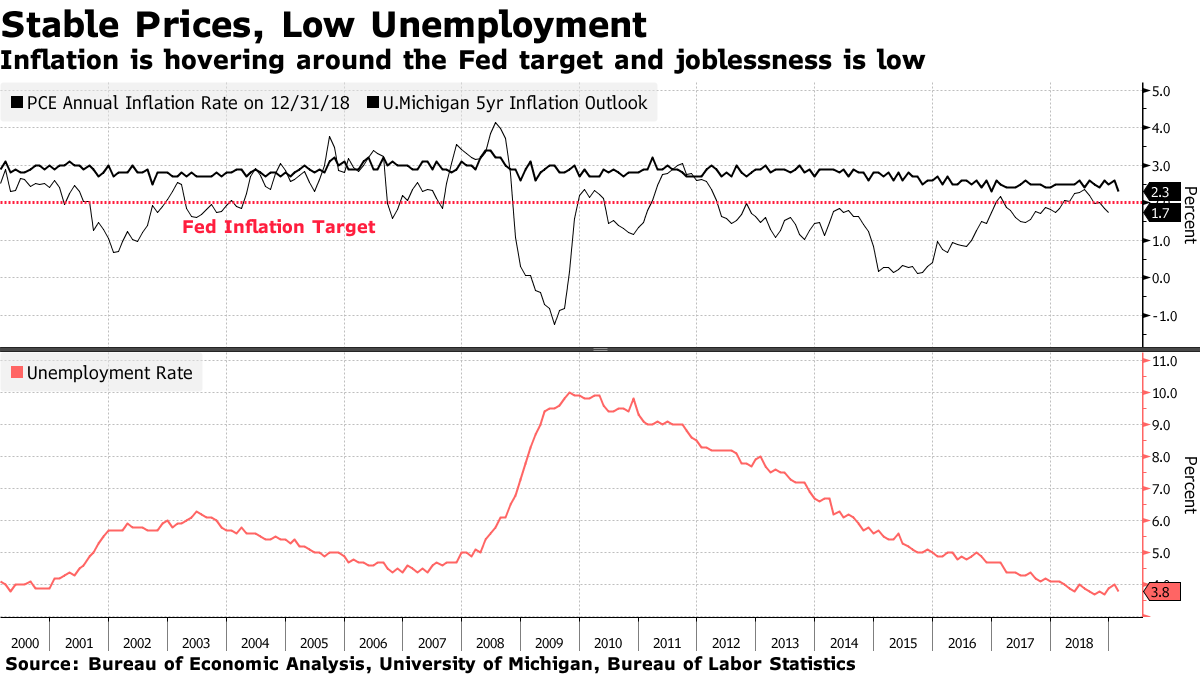 Dow Jones Industrial Average and S&P 500 rise most since January, Treasurys fall. The S&P 500 closed up 1.5% led by technology, communications and real estate stocks. The Dow managed to climb 0.80% despite Boeing falling over 5% after a second crash involving the plane manufacturer’s 737 Max 8 jet. European stocks were also higher- reacting partly to the news of a potential merger between Deutsche Bank and Commerzbank. Treasurys sold off amid the risk on move, yields/rates rising 1-2 basis points across the curve. 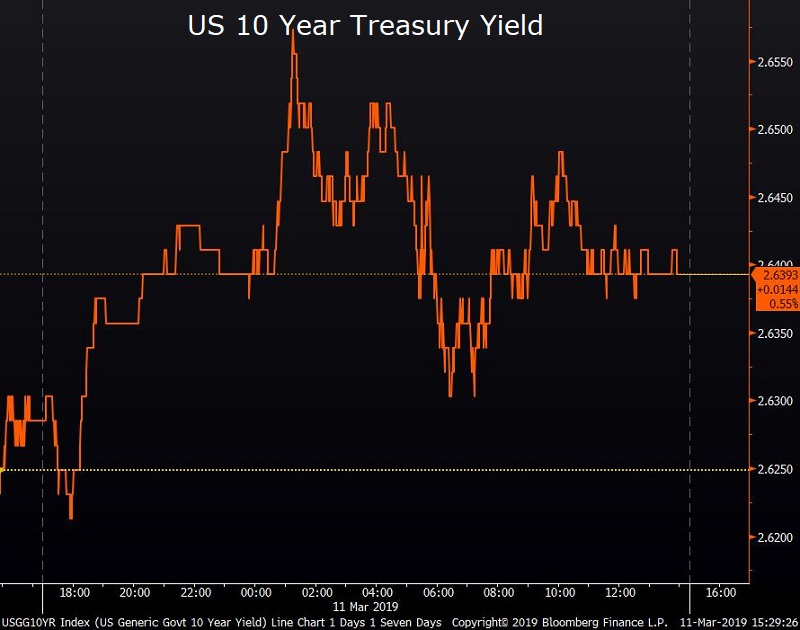