US jobs report further muddies the US economic picture. The headline jobs number of 20,000 was much weaker than the 180,000 new jobs forecast for February. The rest of the report was not as negative,  with December and January’s already strong job figures revised higher, and wage growth accelerated by the fastest monthly pace during this expansion. Rounding out the headline jobs data, the unemployment rate dropped to 3.8% and the labor force participation rate increased slightly to 63.2%- albeit still well below the pre-recession high of 67%. 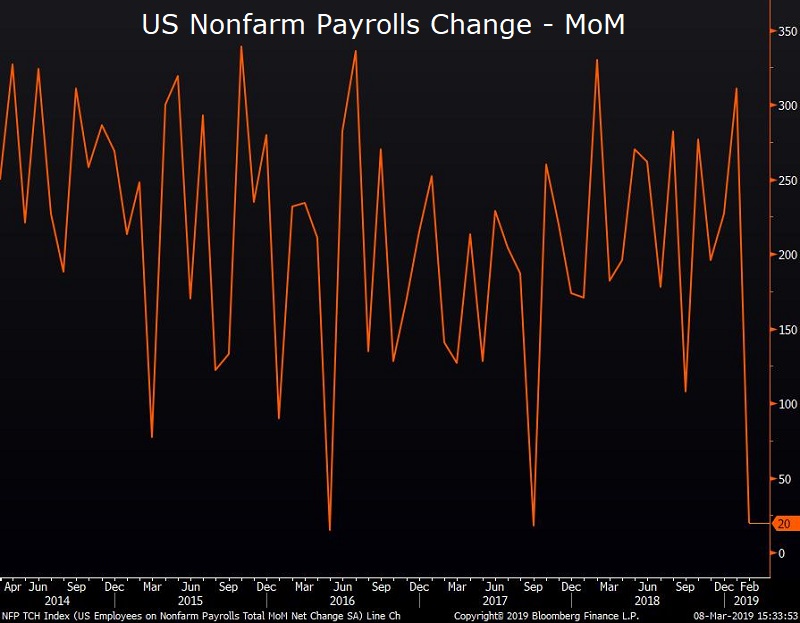 US rates and equities move higher into the close of trading, well off lows. The initial risk-off move in markets after the soft Feb. new jobs print abated by the end of the day. Treasury yields ultimately closed down 1-2 basis points for the day, with swap rates also falling 1 basis point across the curve. The Dow Jones Industrial Average and S&P 500 closed down 0.09% and 0.21% respectively, led lower by energy and industrials stocks. Globally, stocks had the largest weekly drop since early December. 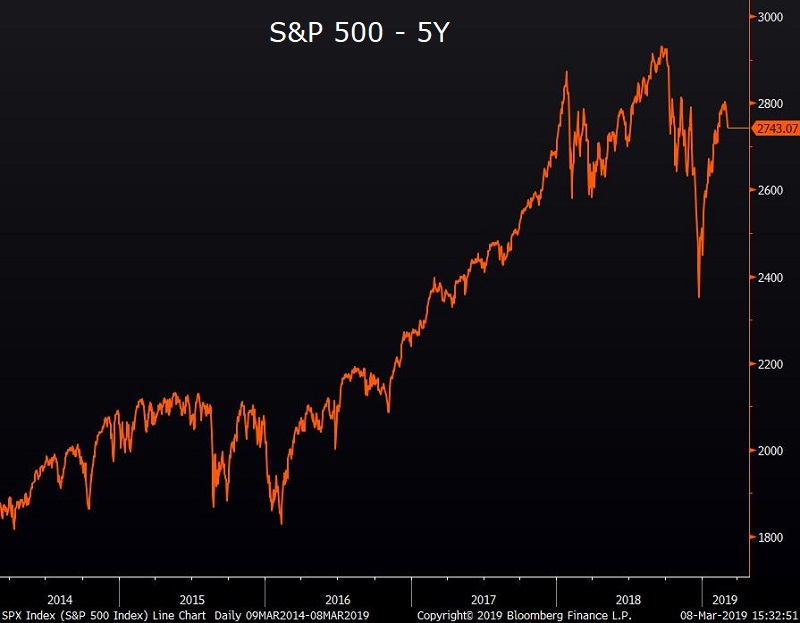 Week Ahead. Data will be light Monday but then kick back into gear the balance of the week. On Tuesday, investors will get a CPI print that will be key in determining if today’s strong wage inflation was an aberration or a confirmation of accelerating consumer prices. PPI, Durable Goods and Construction Spending data will be released on Wednesday. Jobless claims, new home sales and industrial production round out the rest of the key economic releases at the end of the week. Any progress or lack thereof in trade talks between the US and China could also have an impact on market action next week.