European Central Bank surprises markets with stimulus. ECB President Mario Draghi announced that the bank will keep interest rates on hold until 2020 and offered further cheap funding for the region’s banks. The policy move is in response to what Draghi described as a “period of continued weakness and pervasive uncertainty.” The newly announced stimulus for banks comes just three months after the ECB has stopped its open market bond purchases, and suggests Draghi may end his tenure as ECB president without a single rate hike. European equities were down across the board in response to the pessimism, European rates sinking nearly 7 basis points. 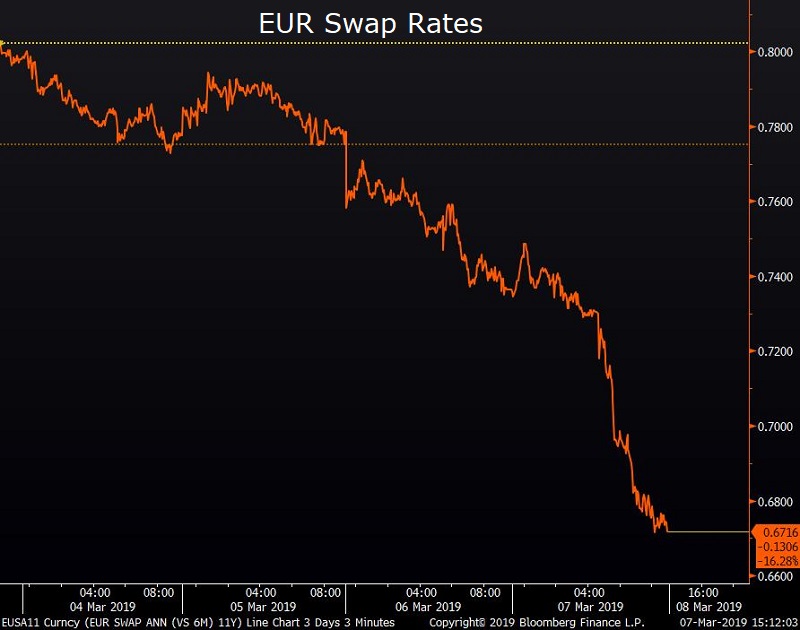 US equities fall for fourth consecutive day, Treasurys rally after ECB announcement. US equities continued their retreat, the Dow Jones Industrial Average and S&P 500 falling 0.78% and 0.81% respectively after the ECB released its grim global forecast. Technology, financials and consumer discretionary stocks were the most hurt, falling nearly 1% each. Treasury yields in turn fell nearly 6 basis points at the long end of the curve, swap rates also falling 4-5 basis points. Tomorrow markets will get a crucial jobs report that will shed some insight into whether the global economic slowdown is affecting the US, or if it’s contained to the world’s other developed economies. 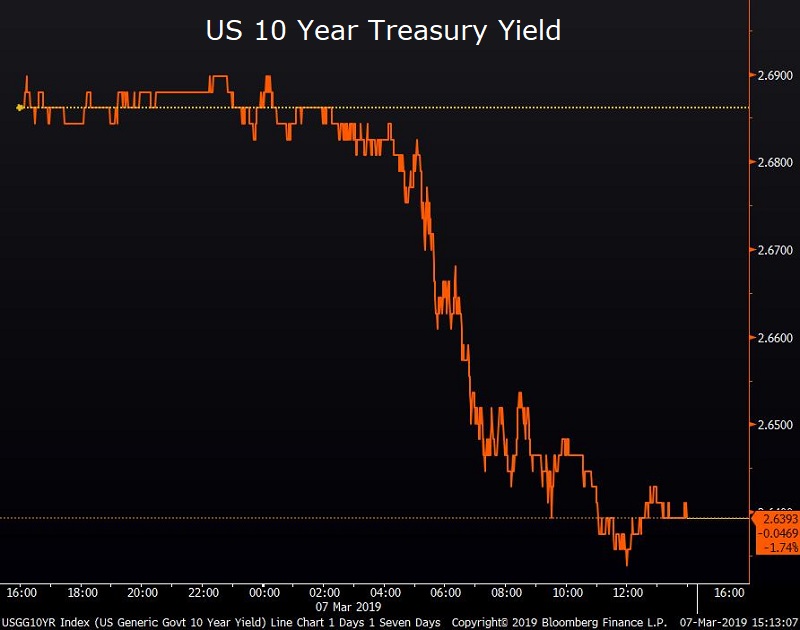 US household net worth falls by over 3 trillion dollars in the fourth quarter according to Fed report. The drop can be attributed almost entirely to the stock market volatility at the end of the year, and illustrates the extent to which market volatility can impact the economy- particularly at the end of a long bull market. The Fed also reported that home prices rose by a small amount- 1.1%, and that the savings rate rose to 6.7% from 6.4% in the previous quarter. 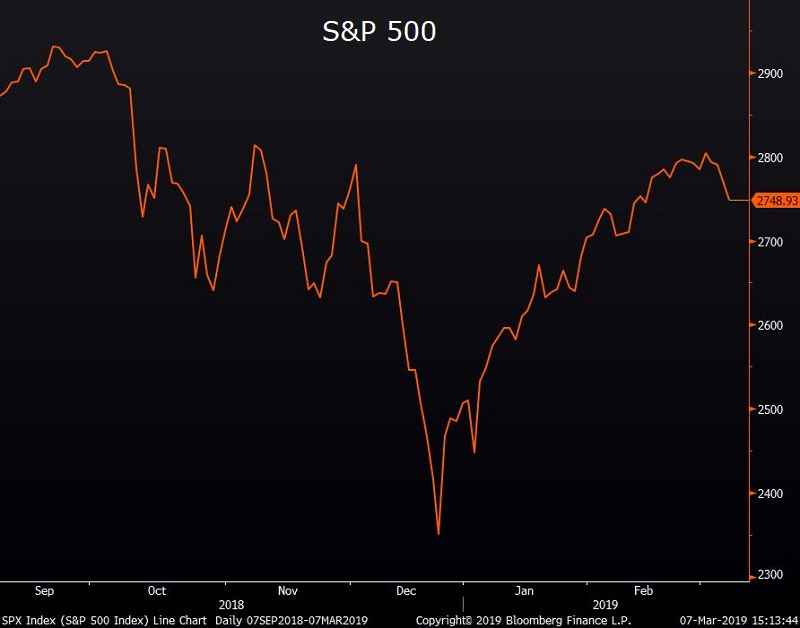