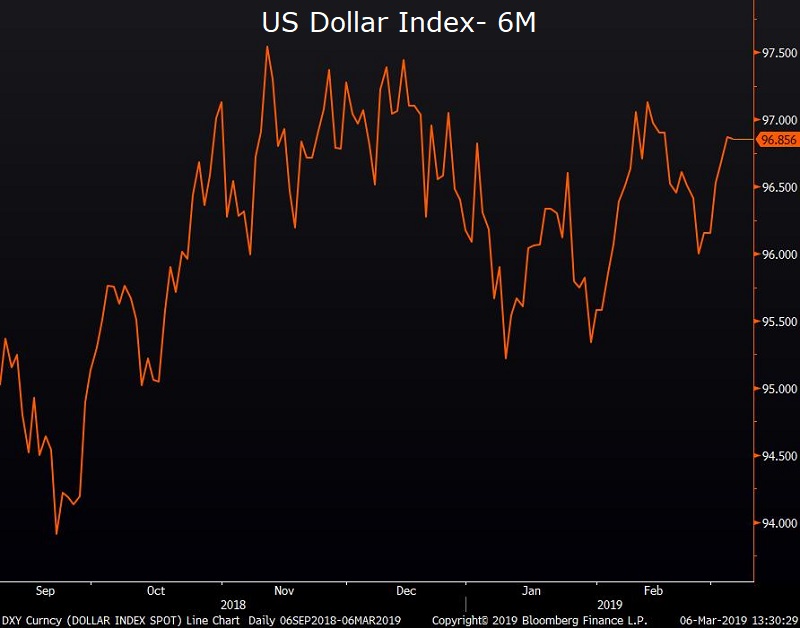 Fed says tariffs & shutdown weigh on U.S. economy. The Federal Reserve said that slowing global growth and the 35-day partial government shutdown weighed on the U.S. economy in the first few weeks of 2019, but the economy continued to expand at a “sight to moderate” pace in 10 of the 12 Fed districts, according to the Fed’s Beige Book survey of regional economic conditions. While the report acknowledged that tighter credit conditions dampened consumer spending and concerns over U.S. tariffs restrained corporate profits, job and wage gains continued.  The overall upbeat tone of the report may alleviate some concerns about the health of the economy that prompted the Fed to pause its tightening cycle in January after a sharp correction in financial markets.

Bank of Canada leaves rates unchanged but strikes cautious tone. The dovish shift comes as the European Central Bank is also expected to lower its economic outlook tomorrow. International central banks increasingly are turning pessimistic on the prospects for global and domestic growth, striking a sharp contrast to the U.S. where economic data has generally surprised to the upside. The one common theme between the world’s developed economies has been low inflation. Until inflation accelerates, the world’s developed economies have little impetus to exit their current rate regime. 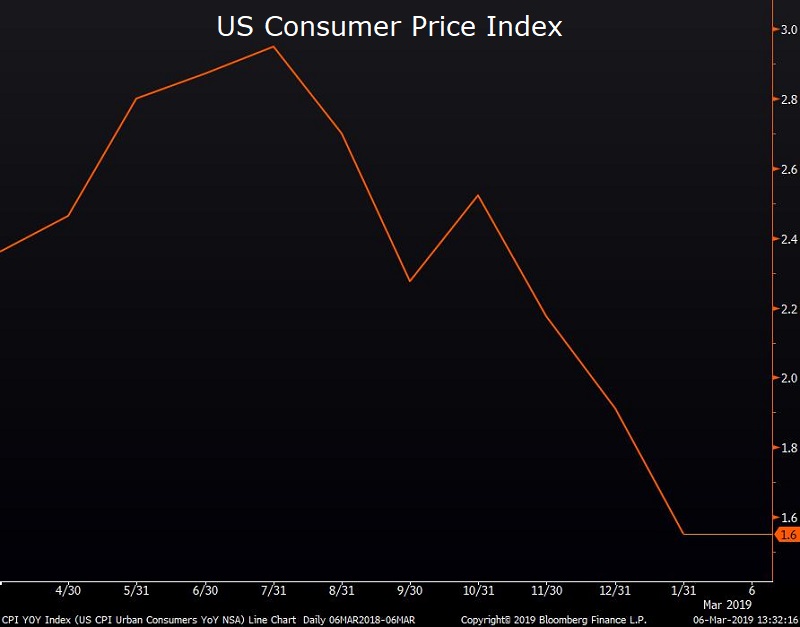 Rates and equities fall amid concerns around global growth. U.S. stocks declined for a third day with the S&P posting its biggest one-day decline in a month amid weakness in healthcare and energy shares. The S&P 500 and Nasdaq fell 0.65% and 0.93% respectively. Treasuries in turn benefited from a flight to quality. Treasury yields declined 3-4 basis points with swap rates following suit. Looking ahead, tomorrow markets will pay close attention to an ECB rate decision and news conference. A key jobs report will follow on Friday, current expectations are for a nonfarm payroll increase of 185,000 and an unemployment rate of 3.9%. 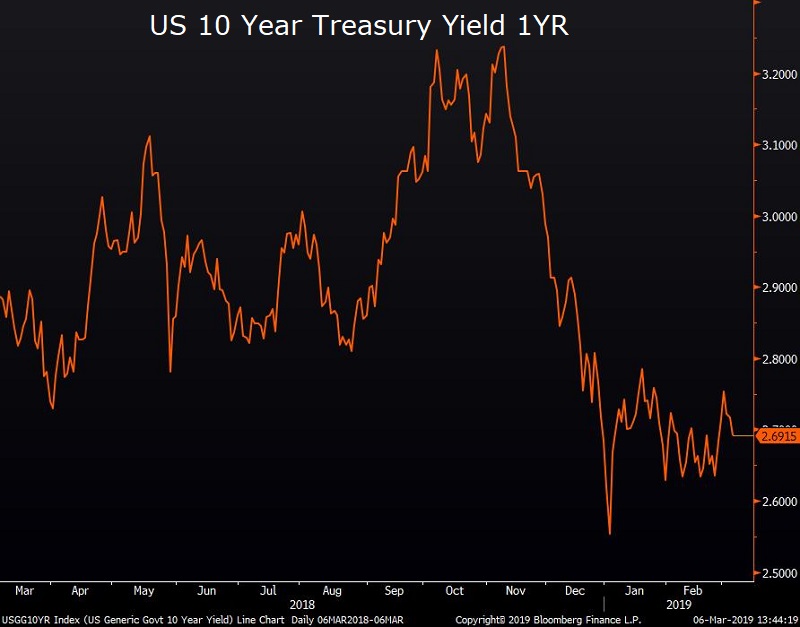