Fed officials suggest central bank to remain on hold. President of the Boston Fed, Eric Rosengren, says that the Fed may need several meetings before it can have clarity on the economy. Rosengren is a voting member, and his comments are the clearest indication yet that the Fed will delay any future rate hikes until growth or inflation accelerate meaningfully. Another Fed official, Dallas Fed President, Robert Kaplan, wrote today that central bank officials would pay close attention to the level and quality of corporate debt as they evaluate whether further tightening is warranted. Leverage and credit deterioration, which are the typical catalysts for a recession, are not currently signaling heightened recession risks.  The CDX IG Index, a measure of investor demand to hedge their investment grade debt against default, is at 3-month lows, suggesting investors have little near-term concern that credit quality will deteriorate. 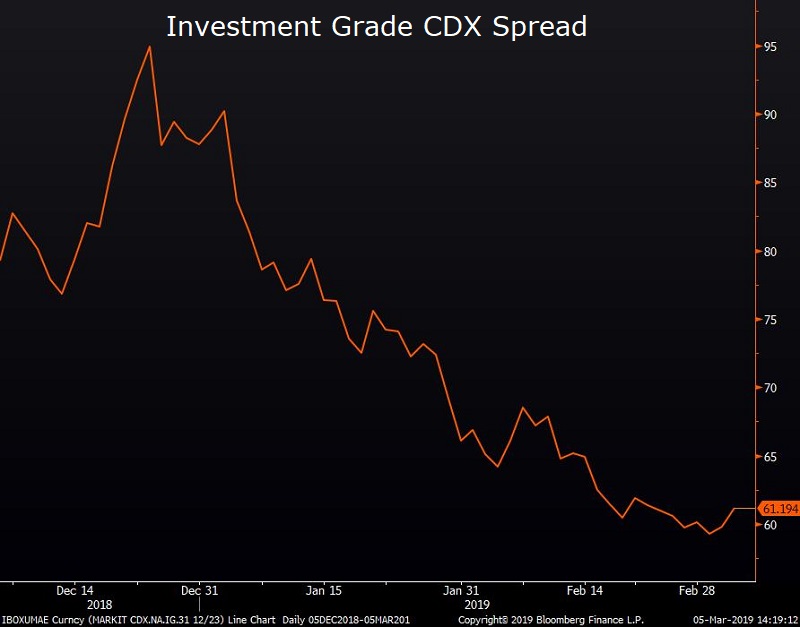 US investors get mixed economic data, rates rise marginally. February’s US Services and Composite PMI’s were both stronger than expected, as were New Homes Sales which were 21,000 higher than consensus estimates at 621,000. Despite the fundamental strength in the economy, the Treasury Department reported a large increase in the budget deficit from October through January. The widening deficit comes as federal revenues have fallen due in part to the Republican tax overhaul while federal spending has increased. Yields creeped higher as the 10 year treasury yield closed at 2.717%. 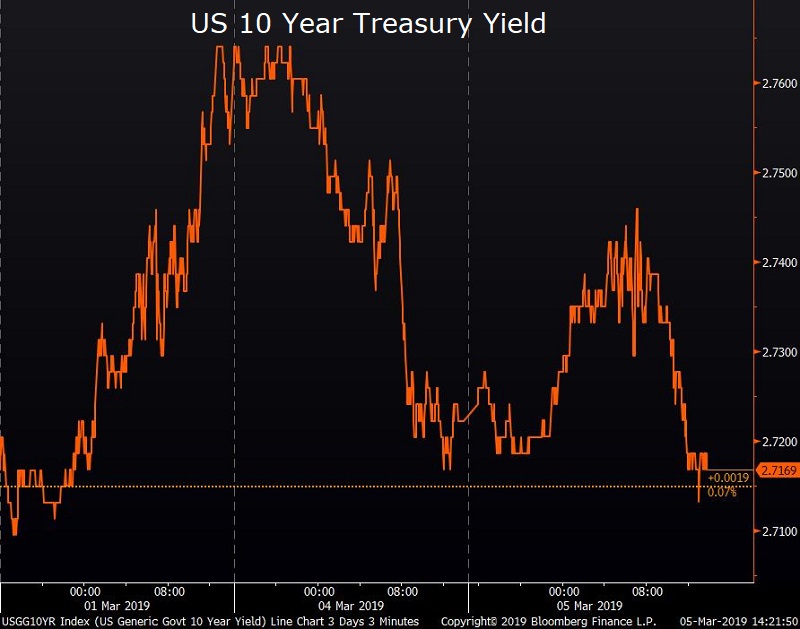 US equities swing back and forth, but ultimately close lower. The S&P 500 and Dow Jones Industrial Average closed down 0.11% and 0.05% respectively. Both indices were led lower by industrials and materials stocks as China scaled back its 2019 growth projections to 6-6.5% from 6.5% last year. The Chinese economy is still largely manufacturing-based China and is world’s largest-consumer of commodities.  Any signs of weakness in the world’s 2nd largest economy can have an outsized impact upon both commodities and industrial stocks. 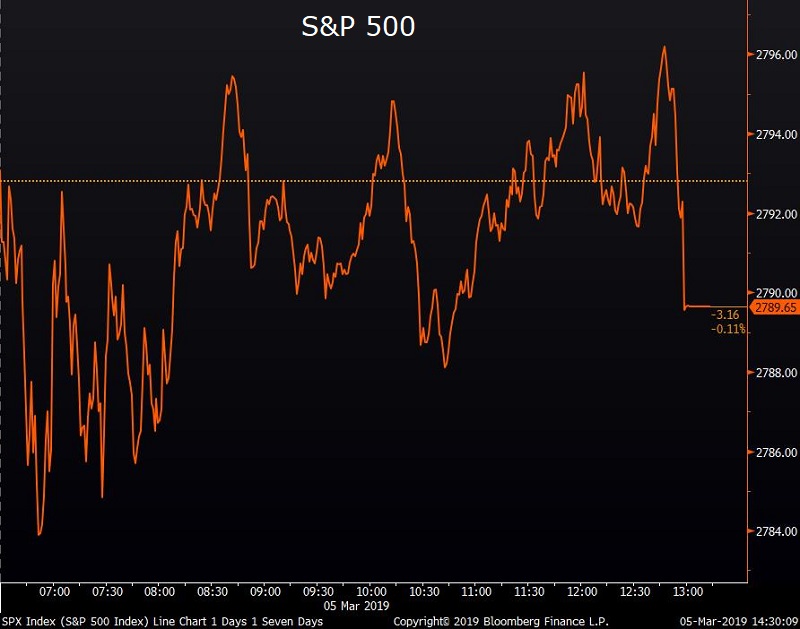