Positive trade developments aren’t enough to push risk assets higher. Much of the good news around trade talks between US and China appears to be priced already into US equity markets. The news that President Donald Trump was pushing for a trade deal in the near-term didn’t help equities as both the S&P 500 and the Dow Jones Industrial Average fell, closing down 0.39% and 0.79% respectively. The current equity bull market, one of the longest on record, turned 10 years old today. During that bull market, the S&P 500 has returned an average of 17% per year since 2009. 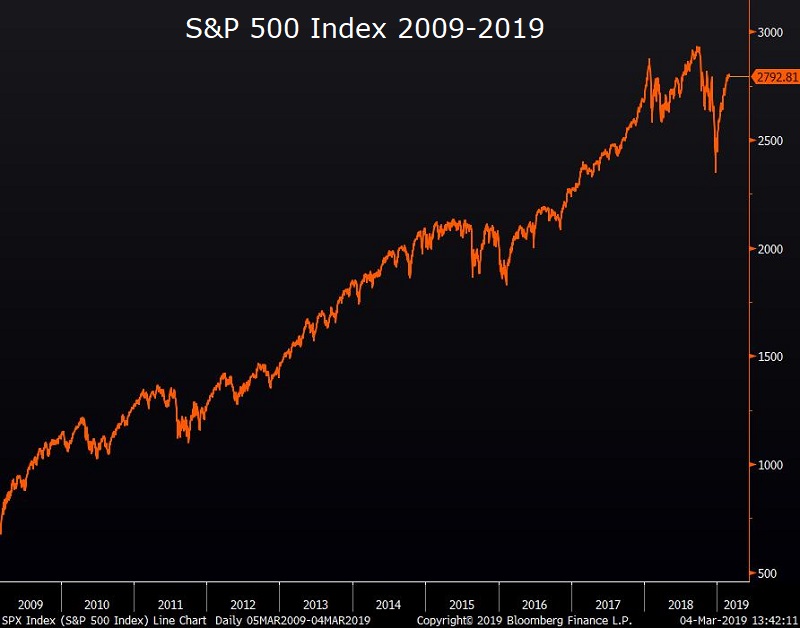 Inflation expectations continue to fall. Fed Chair Powell has described inflation dangers as “muted,” and the market appears to agree. Popular inflation hedges like Treasury Inflation Protected Securities or TIPS have seen outflows, and the inflation swap market sees projected inflation rates below 2% for the next five years. It’s unlikely that the yield curve will meaningfully steepen as long as inflation remains well-contained. While the yield curve has steepened slightly from its flattest point in 2019, the spread between 10 year and 2 year Treasury yields remains historically-low at 18bps. Treasury yields declined on the risk-off tone to markets. Two year yields closed down 1.2 basis points, and 10 year yields declined nearly 3 basis points at 2.724%. 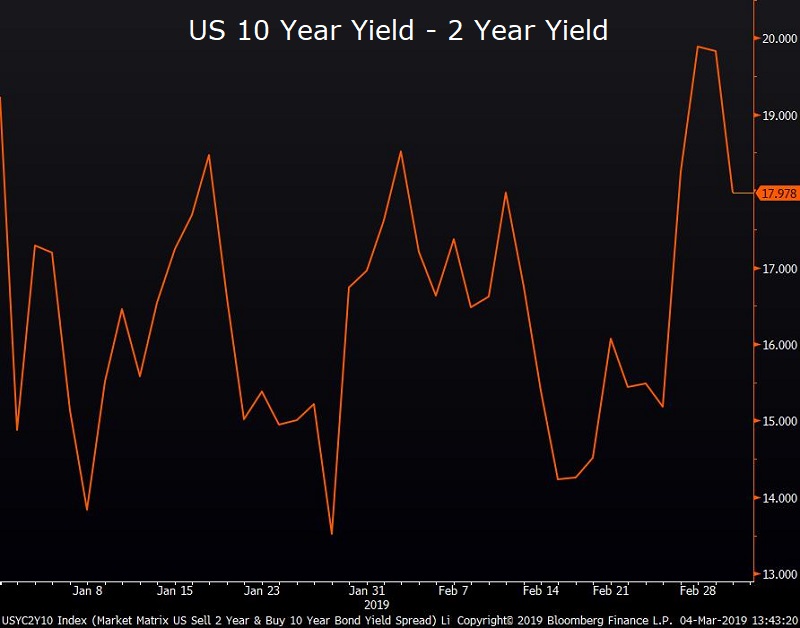 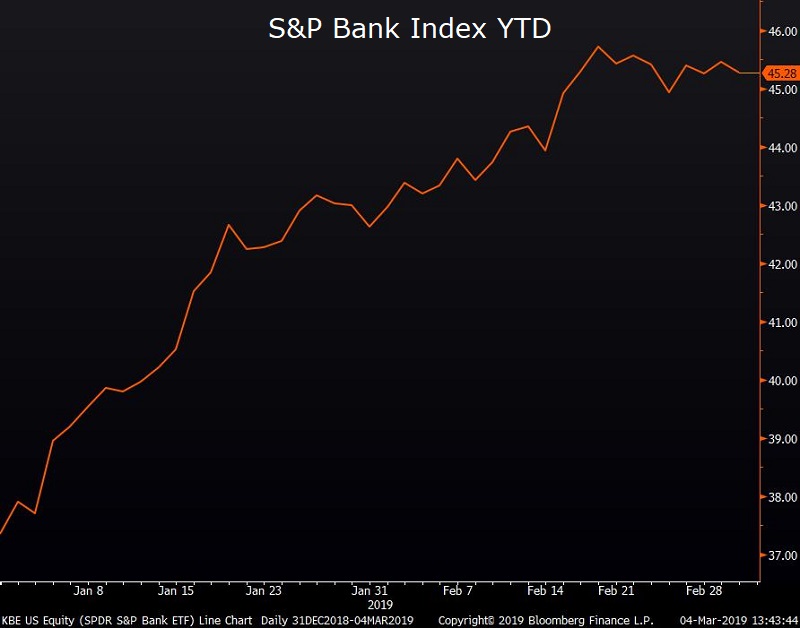