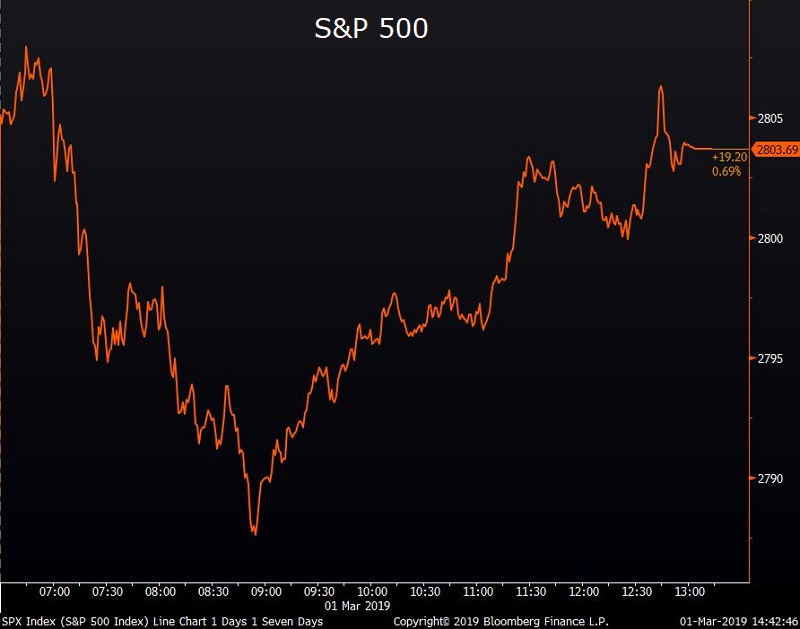 Treasurys fall on risk-off move as yields climb 4 basis points across the curve. Swap rates followed treasury yields higher. Both of which have risen nearly 10 basis points in the past two days. The move in rates came despite weak Personal Consumption Expenditure data which showed subdued inflation pressures with core-PCE rising only 0.2% in December. At 1.9% annual core reading, the Fed’s preferred inflation gauge is still below its 2% target, making the odds near-term rate hike seem even more remote. 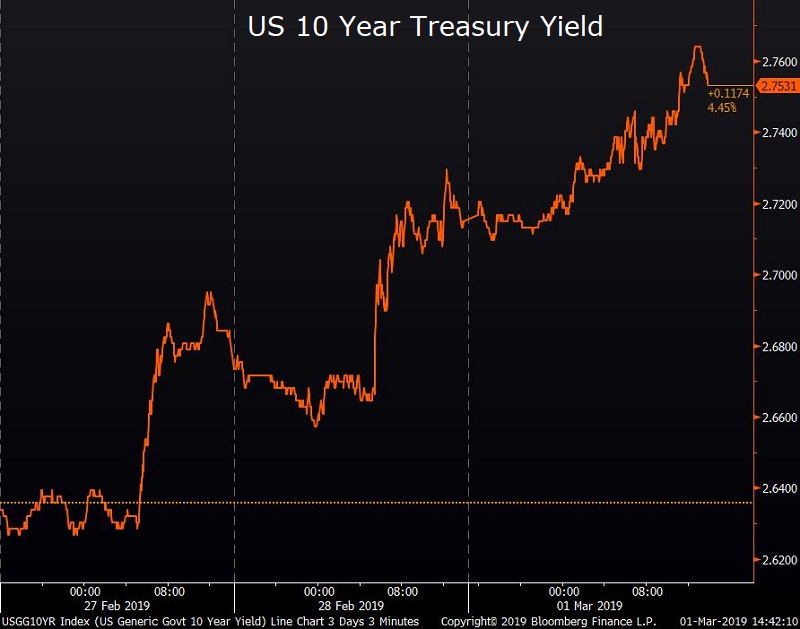 Week ahead.
While financial markets await a resolution to Brexit and the US-China trade dispute, investors will get a barrage of new U.S. economic data next week. New Home Sales will be released on Tuesday. Nonfarm payrolls data will be released on Friday. A strong labor market report could lead rates higher particularly in light of the recent positive economic developments in the U.S. and abroad.