GDP expanded at a 2.6% pace in Q4, much higher than the consensus 1.8% forecast. Market participants expected weaker growth after extremely soft December retail sales data. Treasurys sold off on the strength with rates rising 3-4 basis points across the curve. It’s too early to conclude that the US economy is immune from the slowdown plaguing the rest of the world, and the strong data heightens the importance placed on Q1 growth. The market-implied probability of a rate hike in 2019 remains extremely low at a mere 2.6% while the likelihood of a rate cut by January 2020 is up to 14.9%. 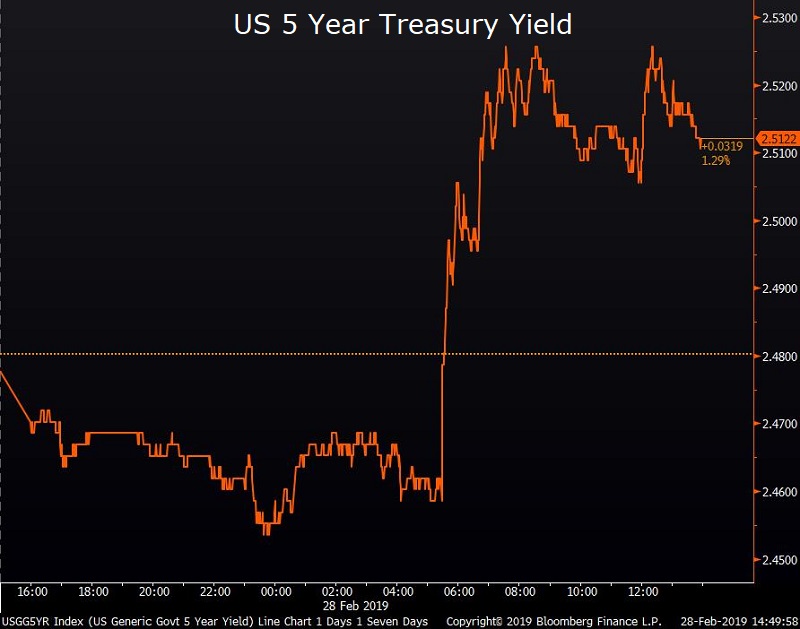 Trump walks out on negotiations with North Korea as summit unravels. President Trump stated that he ended the meeting once North Korean leader Kim Jong Un only offered to partially reduce his nuclear-weapons program. US equities immediately sold off on the news and stayed in the red all day. The S&P 500 closed down 0.28% while the VIX or “Fear Index”  ticked slightly higher to 14.78% 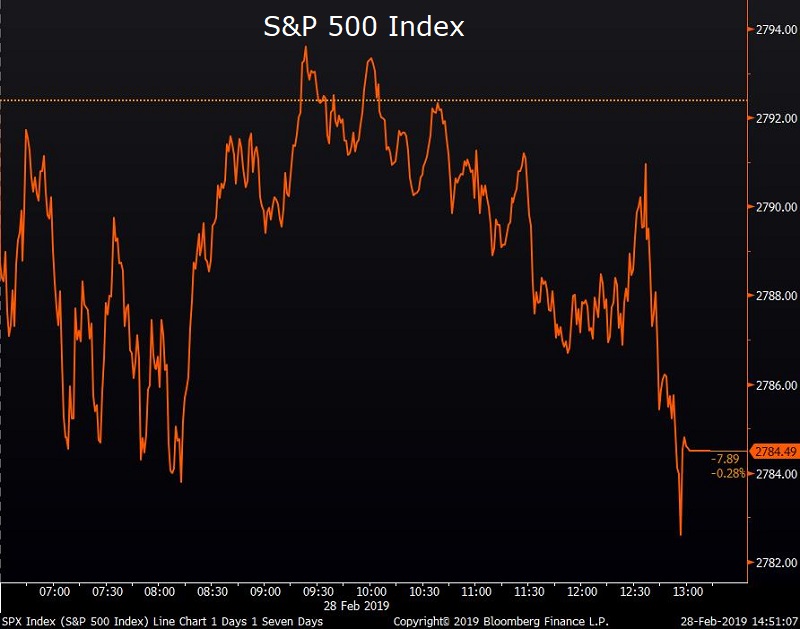 Looking ahead:
Tomorrow markets will get the latest personal income and outlays data. PCE, the Fed’s preferred measure of inflation, rose at a 0.4% clip in December. Another strong reading will bolster those who argue that the Fed should raise rates in the face of accelerating inflation. In his recent interviews, Fed Chair Powell has described inflation as “muted.” However, if core PCE exceeds the 0.2% consensus, we may see upward pressure in rates. 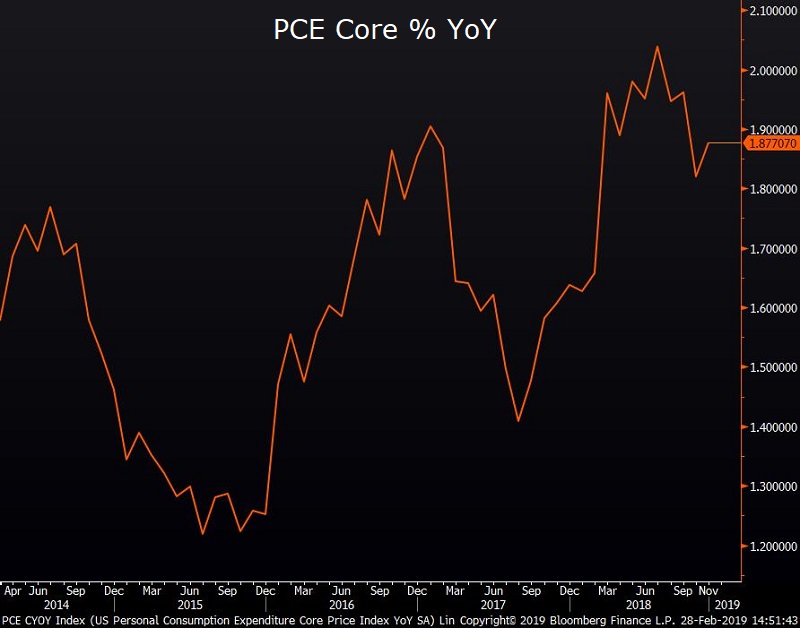