India-Pakistan relations deteriorate further after both countries down jets, Indian pilot held by Pakistan. Pakistan and India are facing their worst conflict in fifty years, threatening geopolitical instability between two nations with a combined 1.5 billion inhabitants. Asia equities were range-bound but the conflict will be closely watched by market participants going forward. 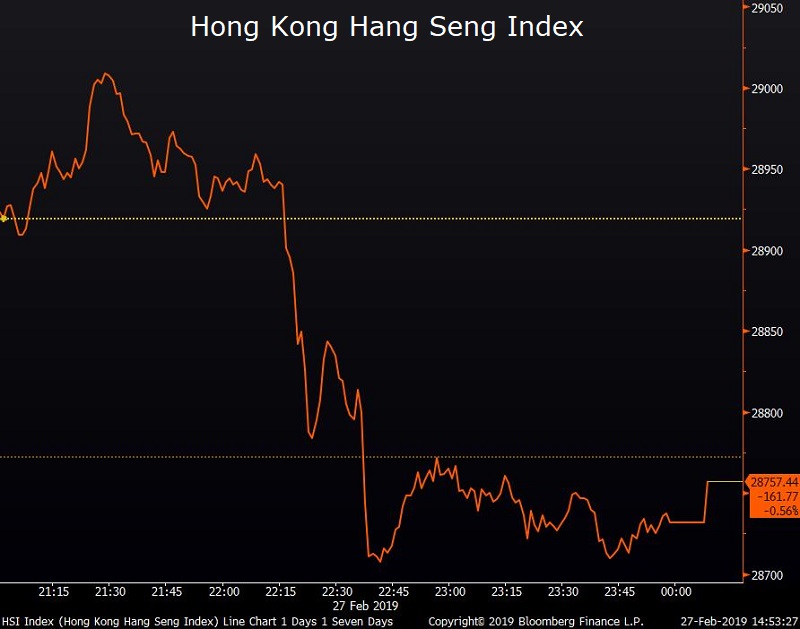 Michael Cohen testimony, downbeat comments from US Trade Representative Robert Lighthizer pull US equities lower. Lighthizer told Congress that China’s commitment to buy more US goods would not be enough for a permanent trade deal, adding “we must have rules, enforced rules that make sure market outcomes and not state capitalism and technology theft determine winners.” Michael Cohen also testifying to Congress, accused the President of being a “racist”, a “con man” and a “cheat”, while some Republicans were dismissing his testimony as statements from a habitual liar not to be trusted. The S&P 500 and the Dow Jones Industrial Average closed 0.05% and 0.28%  lower respectively. 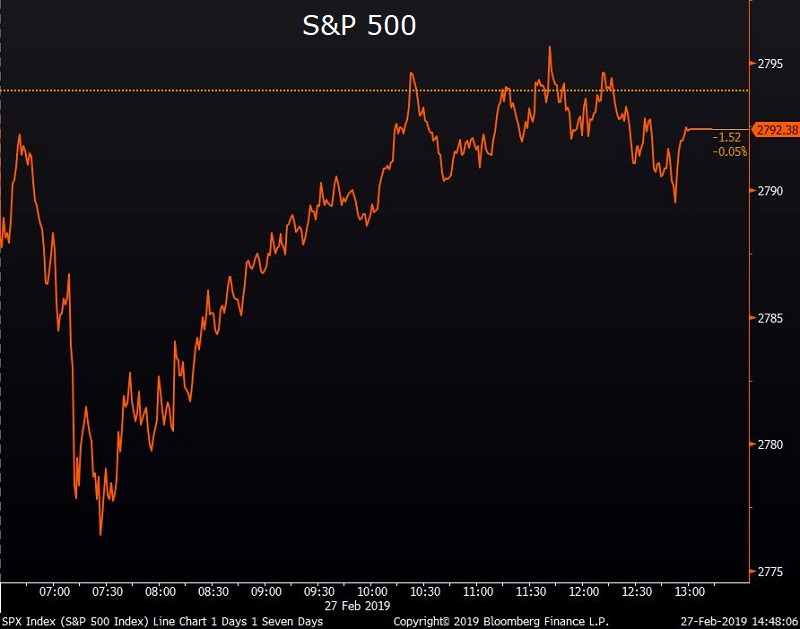 Chair Jerome Powell says Fed is close to announcing a plan for balance sheet unwind. The Fed chair also indicated that the central bank is “in no rush to make a judgement” on any further interest rate changes. Powell once again highlighted the muted inflation pressures, and the patience the Fed will have going forward. Despite the relatively dovish comments, Treasurys sold off with yields rising 3-5 basis points across the curve. 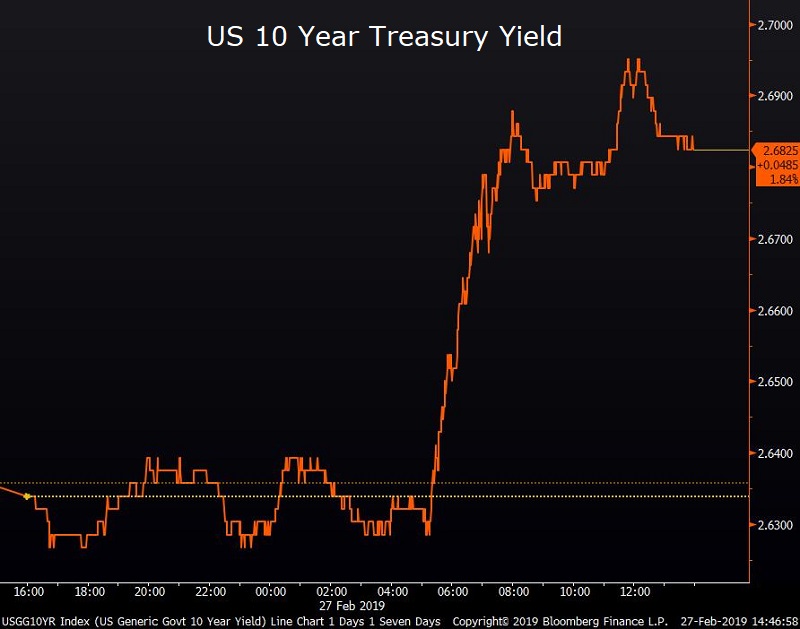