Durable goods orders grow 2.7%, nearly triple the forecasted rate of 0.8%. The acceleration in demand for durable goods bodes well for the US’s industrial sector–potentially signaling stronger demand in autos, planes and other goods. Treasurys immediately sold off on the news, both Treasury yields and swap rates ending the day 2 bp higher across the curve. Tomorrow, investors will get their first look at first quarter GDP growth. Consensus estimates call project the economy grew at 2.3% y/y pace in the first quarter. 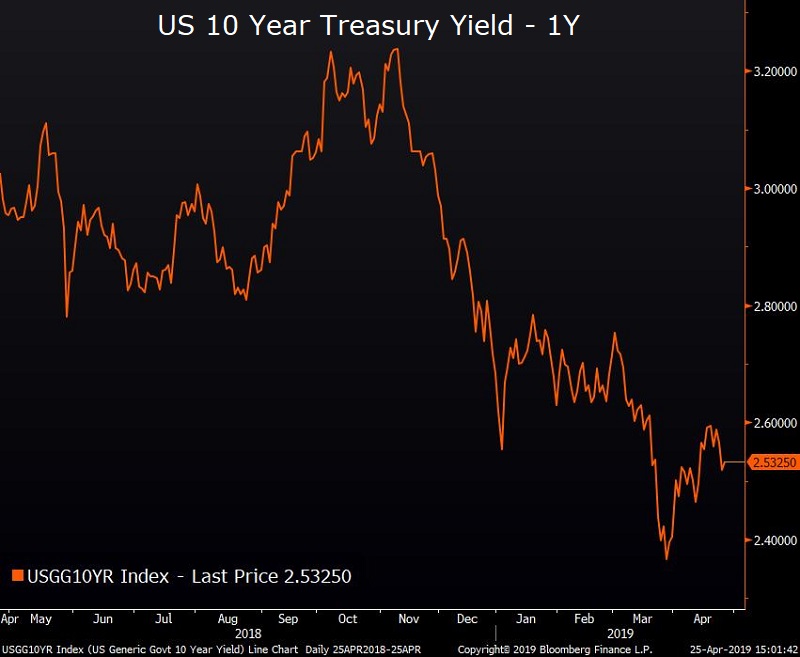 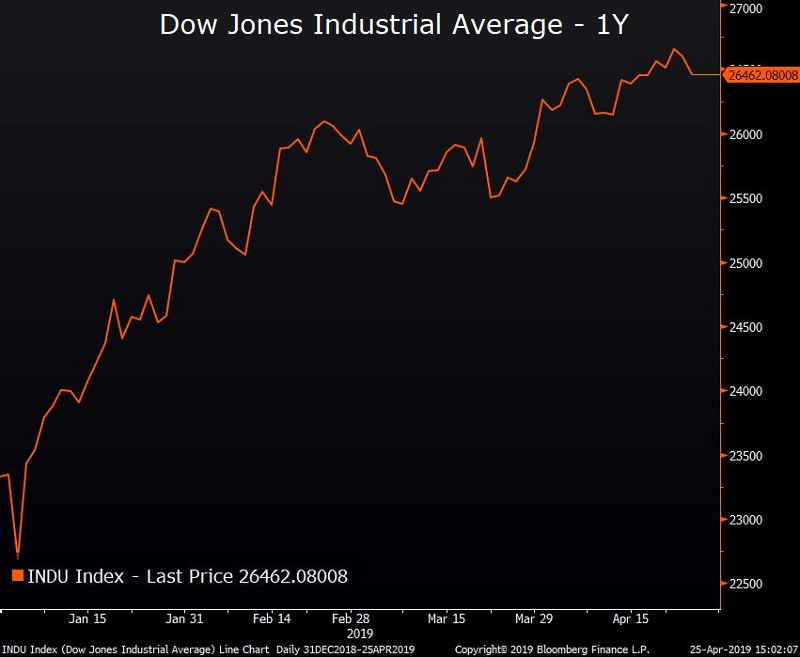 Rates markets reminding market participants of 1998. In 1998, the US economy was multiple years into a bull market with little sign of slowing down. The Fed cut rates that year in an attempt to extend the U.S. expansion amidst a slowing global economy. Those cuts have now been referenced several times by Fed officials, only adding to the speculation amongst market participants that the Fed may cut rates even as the economy continues to expand. Fed funds futures now price in a 64% likelihood of a rate cut by 2020. 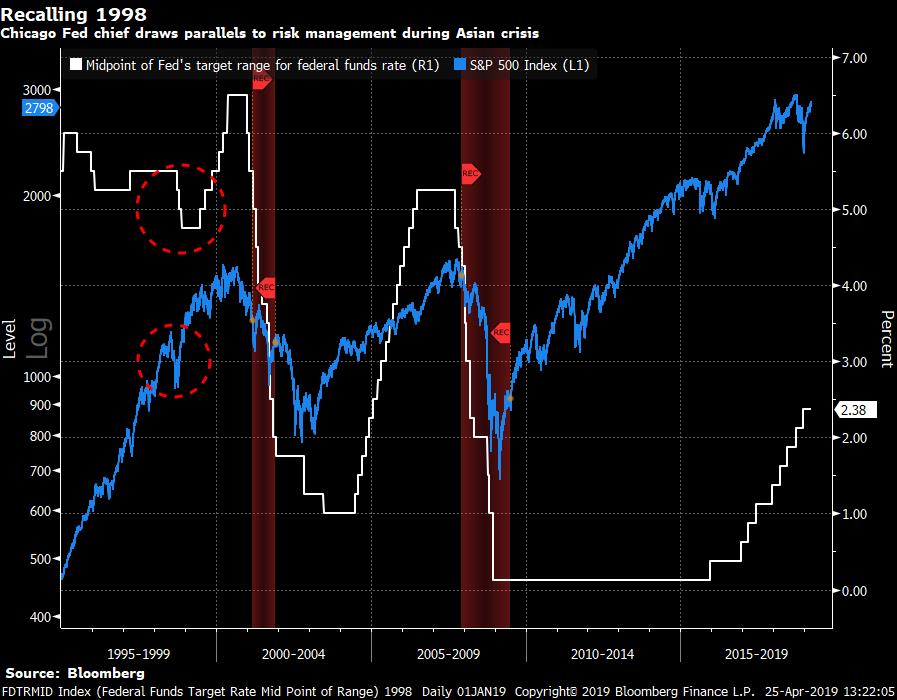 Merger talks between Deutsche Bank and Commerzbank collapse. The merger would have created the eurozone’s second largest lender and would have helped both banks combat years of diminished profitability amid high funding costs and low interest rates in the EU. Both banks traded down on the day. Shares of Deutsche Bank fell 1.5% while Commerzbank shares fell 2.4%. 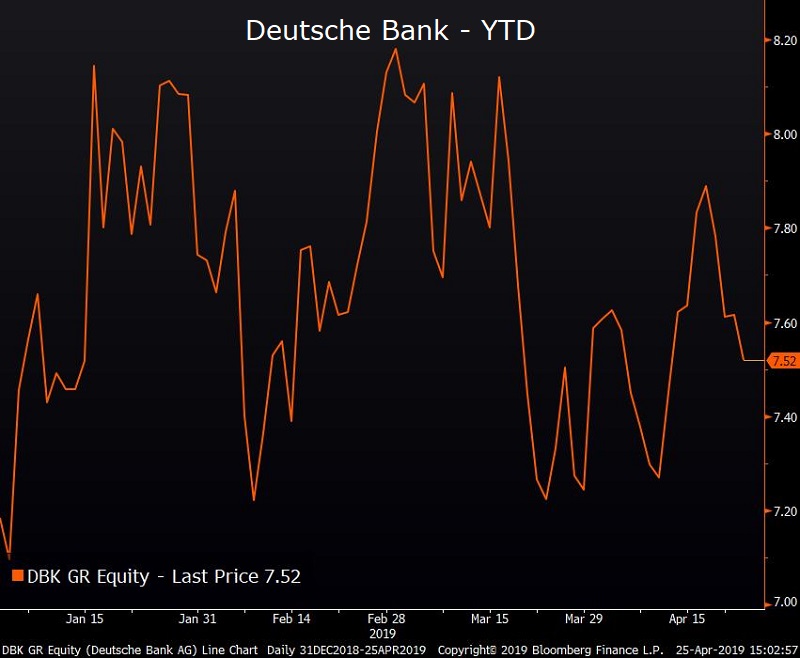