US equities take a breather after record day. Earnings were somewhat disappointing, industrial names like Caterpillar and Boeing both missing estimates and revising their forward guidance lower. After the close, Facebook reported that it has set aside nearly $3 billion to pay for an expected FTC fine for violating privacy laws, the stock falling 0.65%. The Dow Jones Industrial Average and S&P 500 both closed down 0.22% on the day. 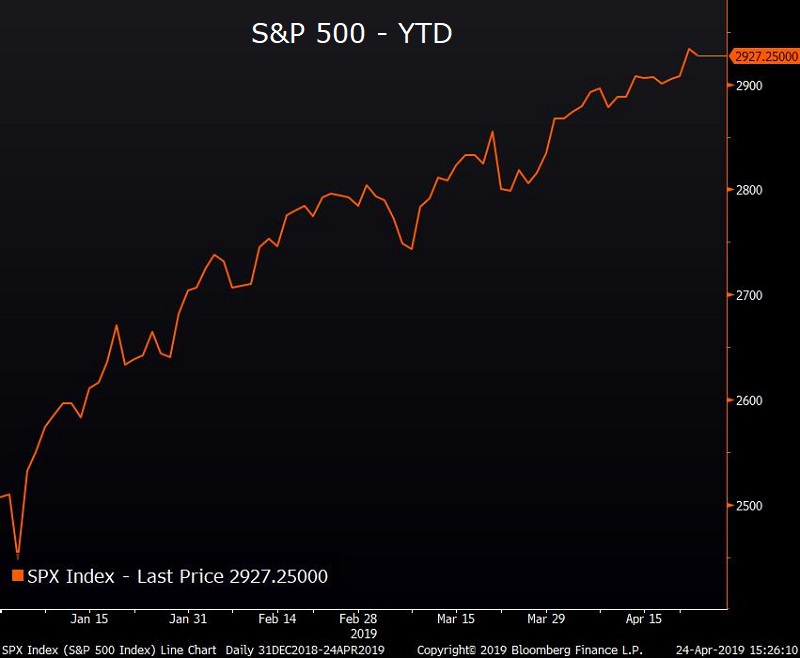 Treasurys continue to rally as risk assets fall. Yields fell 3-5 basis points across the curve, swap rates falling lower as well. Despite the fall in rates, the spread between 10 year and 2 year Treasury yields has increased substantially from its lows last month- now sitting at nearly 20 basis points. A flat yield curve is seen as a harbinger of recession, and a steepening yield curve will help ease investor concerns for the time being. 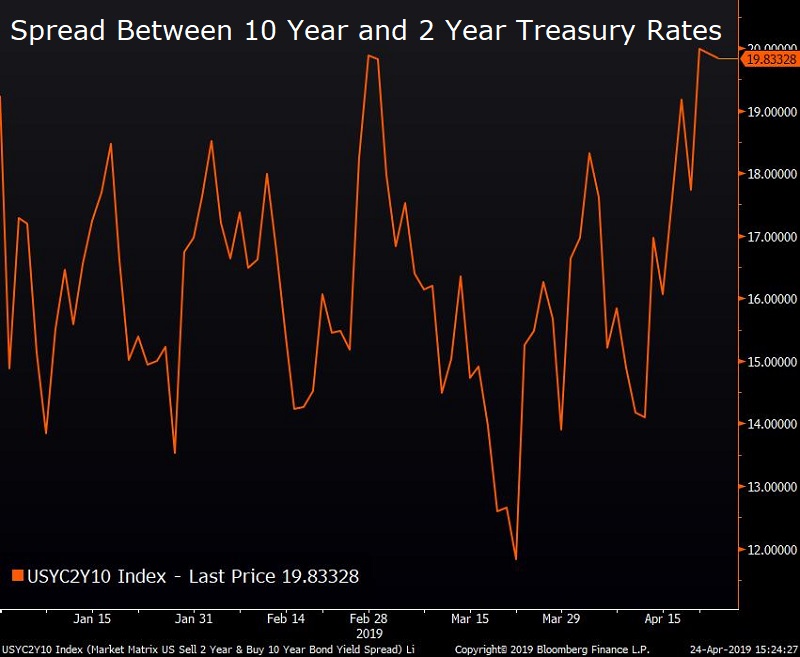 Bank of Canada keeps rates unchanged, removes rate-hike bias amid slowdown. The central bank made the announcement this morning while leaving its benchmark overnight rate unchanged at 1.75%. The leader of the central bank- Governor Stephen Poloz, committed to the same data-dependence championed by his southern neighbors and those across the pond. Unlike other central bank officials, he has refused to fully discard the idea of an additional rate hike this year. 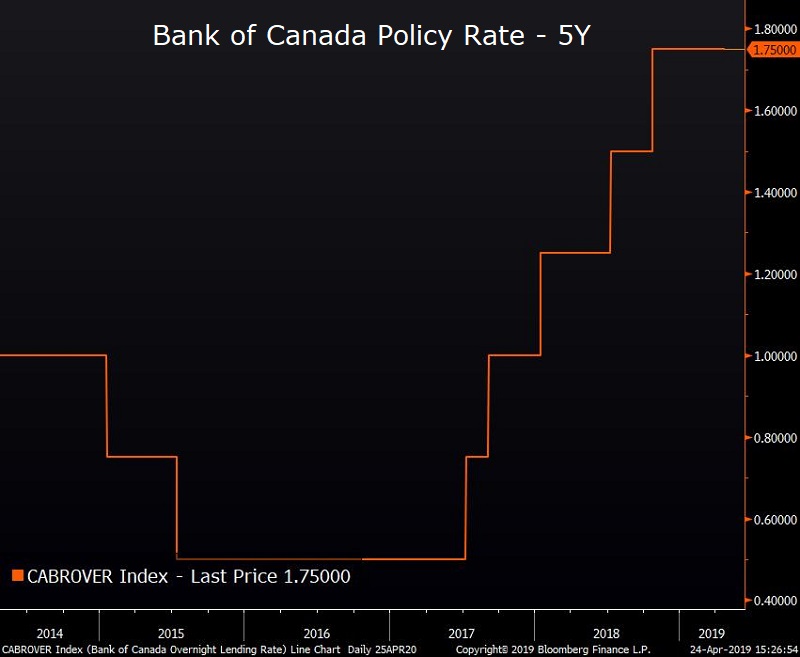 Crude remains near its recent highs. The commodity reached its highs on the back of the news that the US plans to remove waivers on Iranian exports. Saudi Arabia’s energy minister said today that he sees no reason to raise oil output in response to the US sanctions- a sign that OPEC is comfortable with current crude prices for the immediate future. US crude dropped marginally on the day to $65.77/barrel.