S&P 500 and Nasdaq Composite hit record highs as earnings season begins. The S&P 500 has risen nearly 17% in 2019 and is now up 25% from its lows at the end of last year. Today’s move higher was attributable partially to strong earnings from P&G, Twitter and others. The move into record territory has come despite more pessimistic signs from bond markets, the yield curve remaining flat since the start of the year. 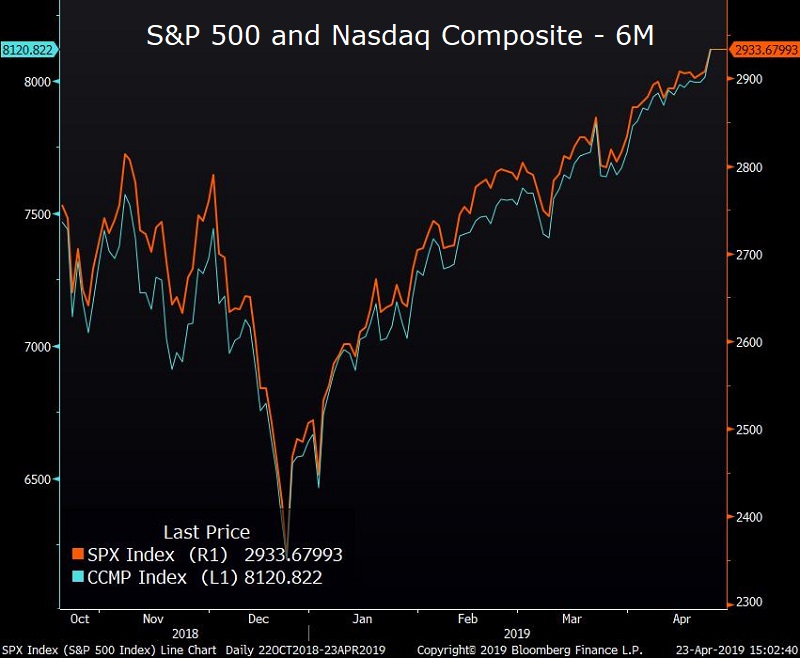 Treasurys rally despite record-breaking day for equities. The move in Treasurys was somewhat surprising given the rally in risk assets, rates falling 2-3 basis points across the curve. In economic news, new home sales came in at 692,000 (above estimates) despite yesterday’s disappointing existing home sales figures. The rest of the week will bring mostly international macro news as Japan, Canada and others set monetary policy. The initial print on US Q1 GDP will round out the week on Friday, economists surveyed expect the figure to come in at 2.2%. 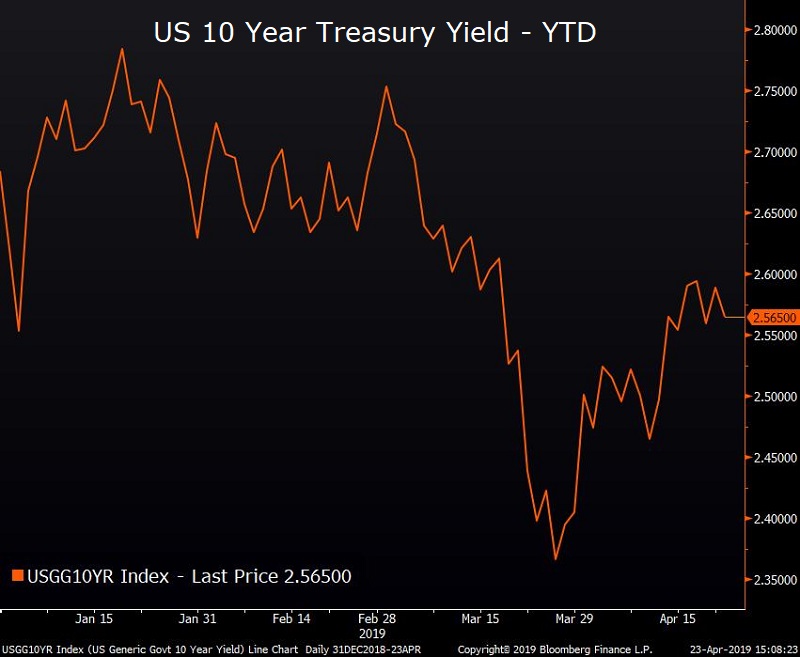