Fed officials reiterate focus on inflation, suggesting central won’t hike rates until inflation rises meaningfully. Headline consumer prices have remained stubbornly below 2% so far this year after spending most of 2018 above 2.5%. Fed Vice Chair Richard Clarida stated that the central bank needs to see “inflation get back to 2 percent and stay there on a sustained basis.” Fed Governer Lael Brainard emphasized that point further, saying that the Fed is “extremely focused.. on ensuring that inflation stays anchored at 2%.” Treasury yields and swap rates rose 4-5 basis points on the day as March’s producer prices index exceeded consensus estimates. 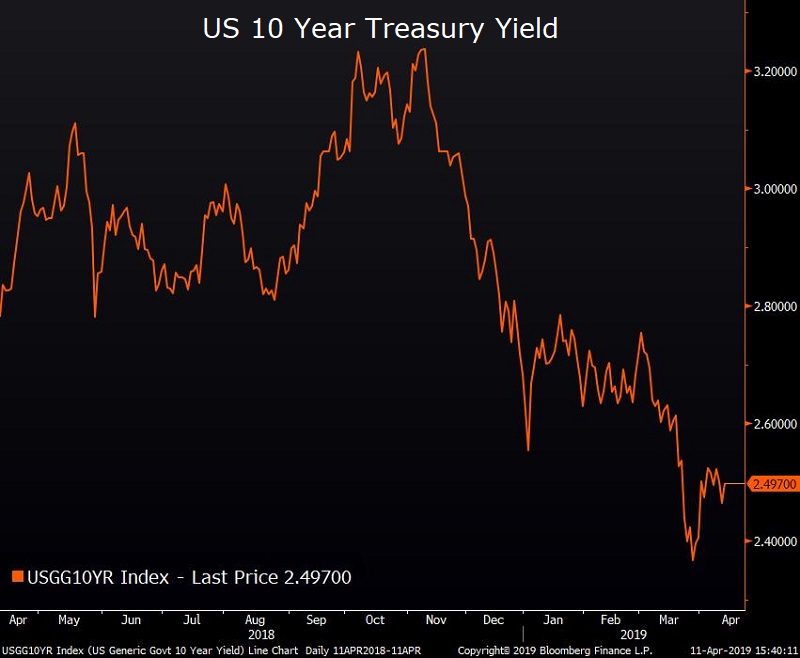 US equities trade sideways ahead of bank earnings. Tomorrow, markets will get the latest slate of bank earnings as JP Morgan and Wells Fargo report their first quarter results. The S&P 500 index finished the day flat while the Dow Jones Industrial Average fell by 0.05%. Volume was 22.8% below normal, as investors remained on the sidelines ahead of the key earnings period. 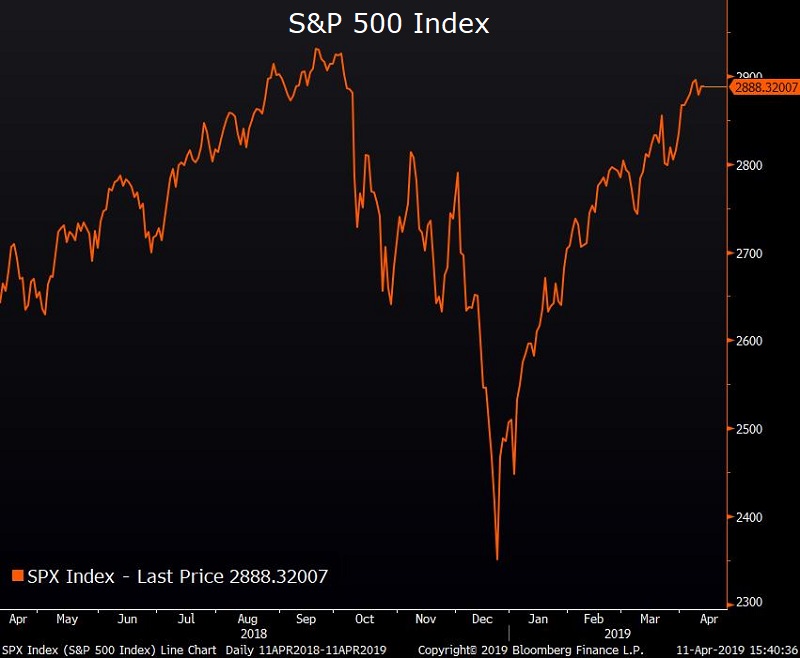 Brexit delayed for additional six months. One of the biggest near-term concerns facing investors has been diminished after the EU agreed to extend the deadline for the UK’s departure from the EU until October. The pound shrugged off the news, and the FTSE 100 actually fell 0.05% on the day. The “flextension” does little to quell the uncertainty around the manner of the UK’s eventual exit, but the extended deadline helps ease fears surrounding a “hard” Brexit. 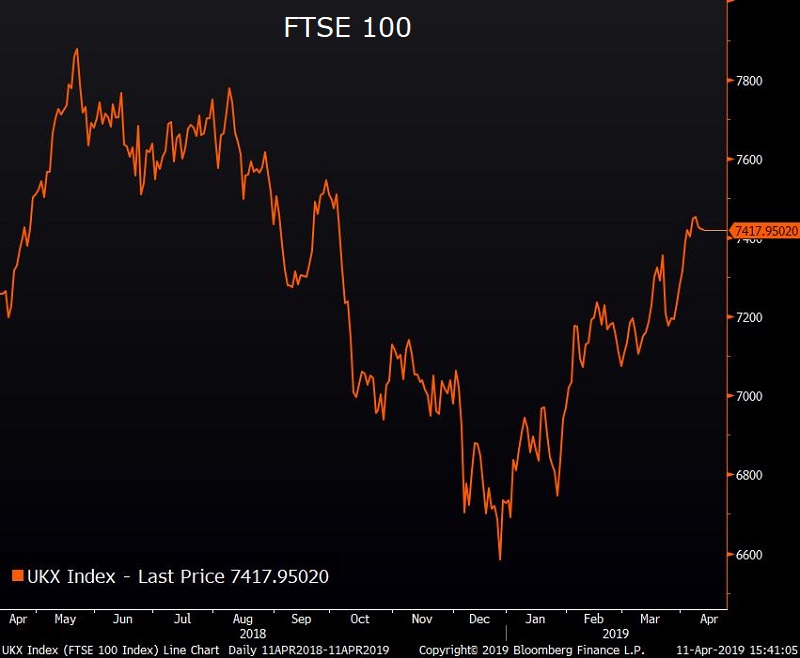