CPI shows muted inflation as Fed reaffirms data dependency in minutes. Today’s CPI report showed that core inflation rose less than expected last month, rising only .1% in March and 2% over a year ago. Bond markets rallied as investors continued to discount the likelihood of near-term Fed rate hikes while inflation remains in check. The minutes from the Fed’s March 20th policy meeting, released later in the day, reinforced the dovish sentiment, suggesting that the Fed will likely be on hold for the remainder of 2019 but left the door open for the central bank to remain data-dependent. Ultimately, Treasury yields fell 3-4 basis points across the curve as the ten year treasury yield ended the day at 2.47%. 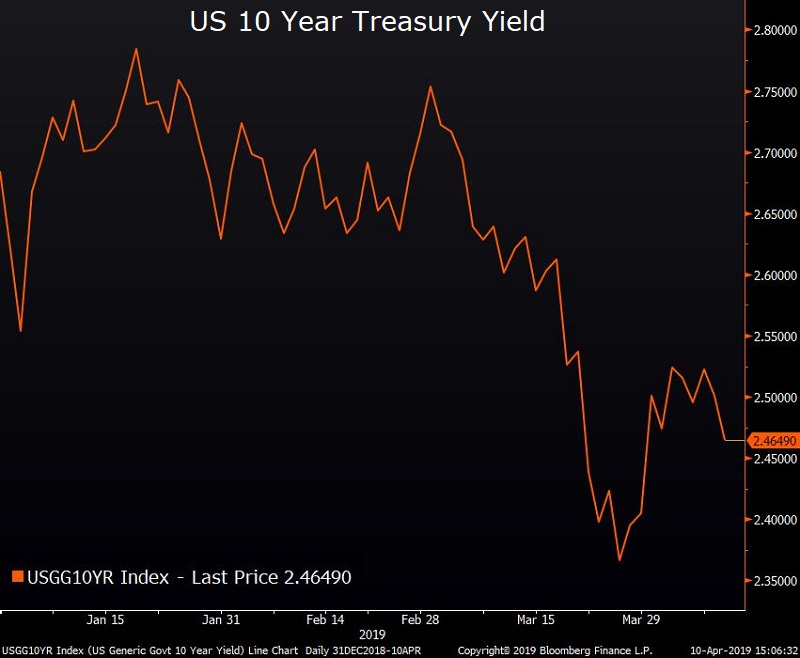 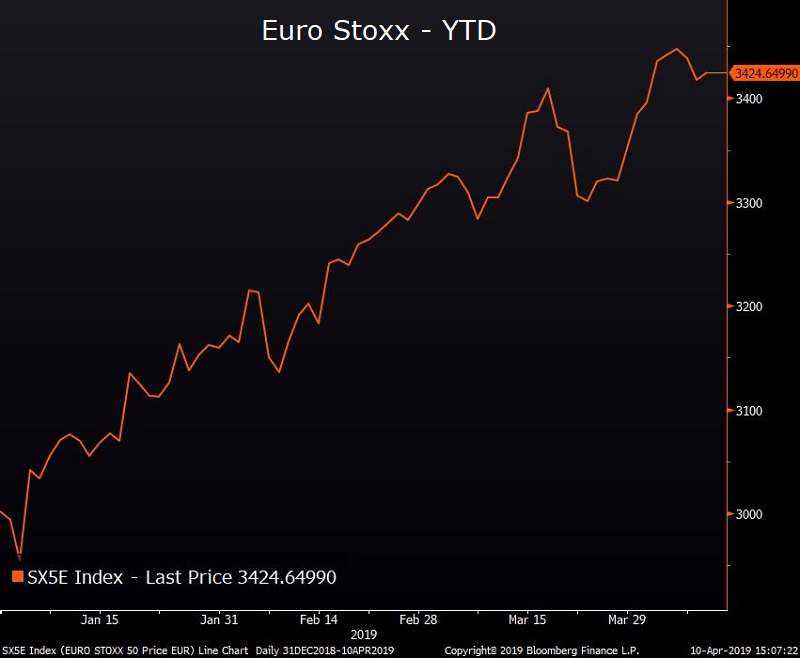 US equities hold onto gains in day dominated by central bank news. The S&P 500 closed up 0.35% while the Dow Jones Industrial Average eked out a 0.03% gain. Equity volatility remains subdued with the VIX remaining at 13.30 despite the increasing global risks identified by the Fed and the ECB. Notably, US equities and ten year treasury yields continue to diverge suggesting that bond and equity investors have very different views of the near-term prospects for the U.S. economy. 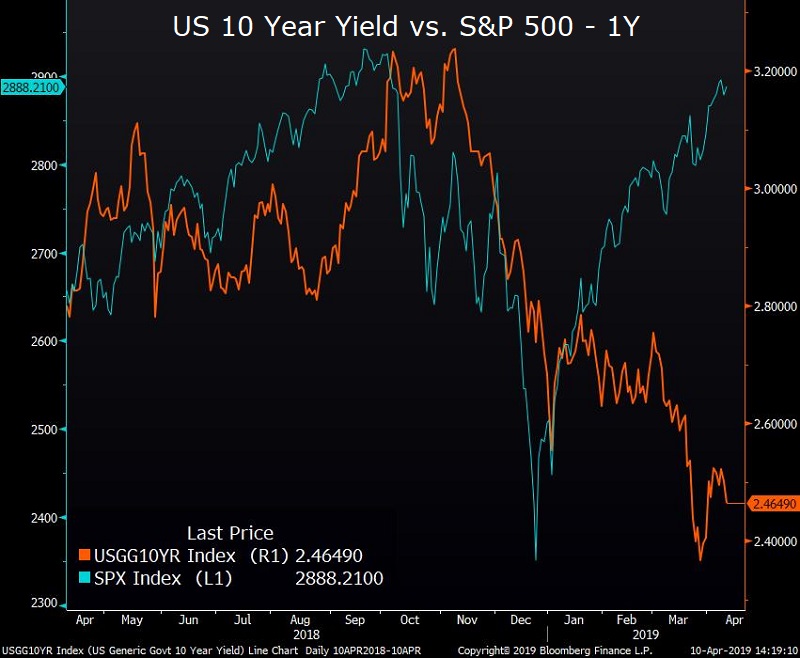