IMF cuts growth outlook to weakest since recession. The IMF now expects the world economy to grow by 3.3% this year, down from their previous forecast of 3.5%. The downgrade for global growth represents the third time in the last six months the IMF has trimmed their growth forecast. The IMF also noted that the world’s economies have “limited space” with which to combat an economic slowdowns–particularly as policy rates in many of the world’s largest economies remain near 0%. 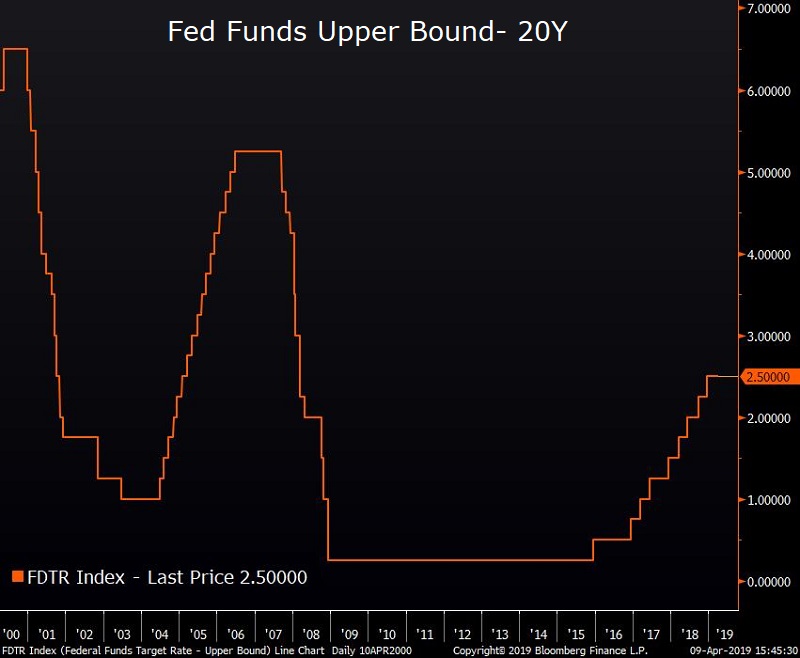 New trade risk emerges as US weighs tariffs on $11 billion of EU products. President Trump tweeted that the “EU has taken advantage of the US on trade for many years” adding that “it will soon stop!” The comments are the latest escalation in trade tensions between the US and a longtime trade ally and come despite the tentative deal struck last summer when President Trump agreed to refrain from imposing new tariffs on the EU until a broader trade agreement was reached. The Euro Stoxx index closed down 0.61% on the day. 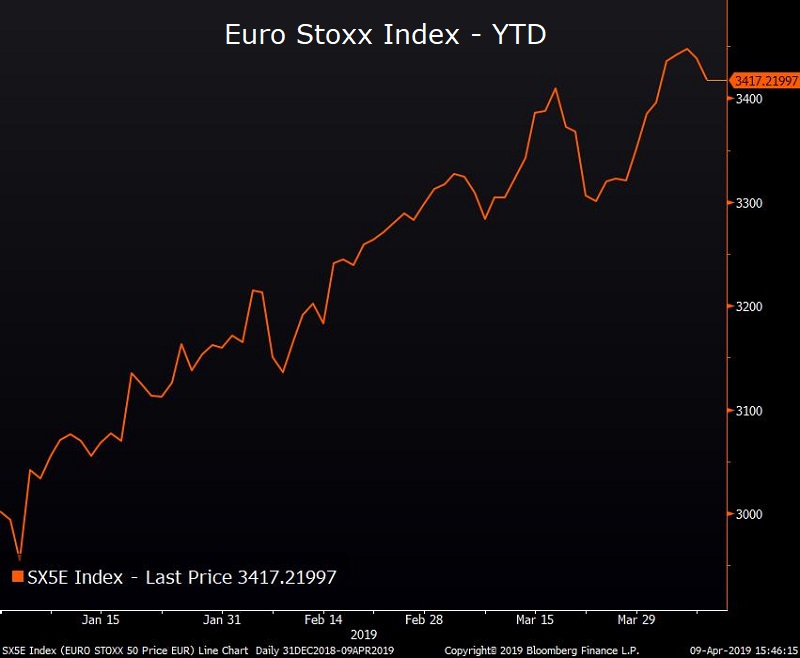 US stocks and rates both fall as risk-on streak comes to an end. The S&P 500 fell by 0.61% while the Dow Jones Industrial Average lost 0.72%. Bond markets rallied on the risk-off move as treasury yields and swap rates fell 2 basis points across the curve. Tomorrow, we will get an update on March CPI.  Consensus estimates call for headline consumer prices to rise by 0.4% month-over-month. 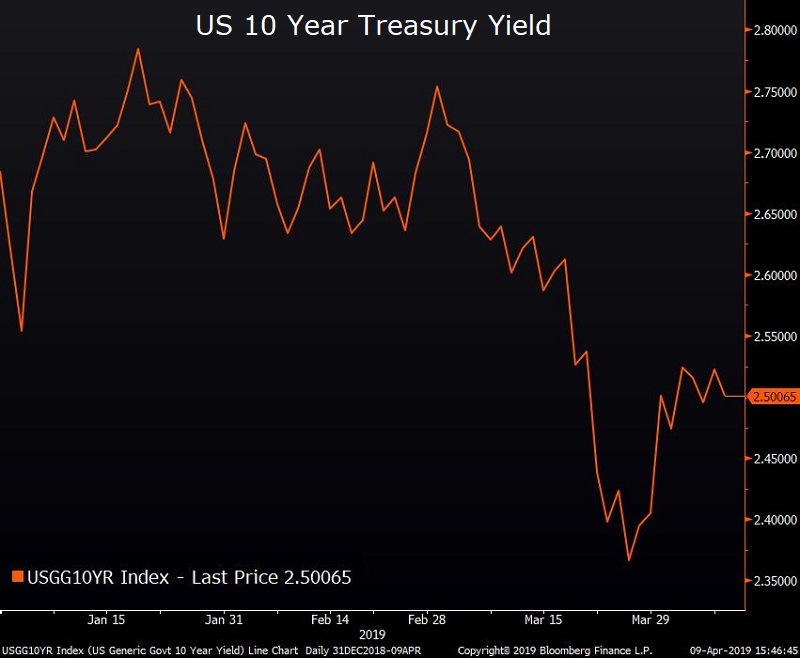