Iran shoots down U.S. drone in international waters, escalating brinkmanship between Washington and Tehran. The incident was branded as a “very big mistake” by President Donald Trump who also refused to specify what action the U.S. would take in response, saying simply “you’ll find out.” Crude oil jumped higher worldwide, pushing through the recent highs established last week after multiple tankers were attacked in the region. U.S. crude rose 5.80% to close at $56.88/barrel. 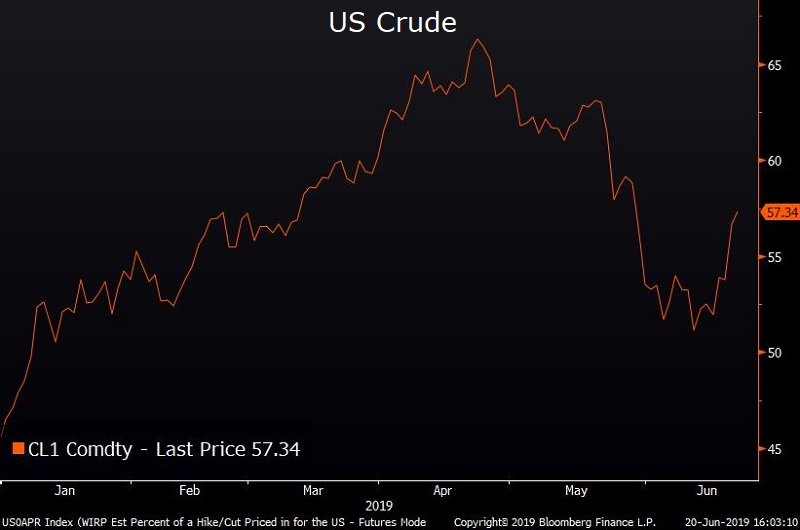 10 year Treasury yield briefly dips below 2%, 3 Month Libor fixes below 1 Month Libor for the first time since 2008. The inversion of 1M and 3M spot Libor underscores the market’s conviction about the likelihood of near-term rate cuts. The market is now pricing in a 100% likelihood of a rate cut at the next Fed meeting. Strengthening the case for lower rates was Jerome Powell’s comments yesterday which appeared to suggest that he was among the Fed governors projecting lower rates, saying that the economic outlook has “called a number of us to write down rate cuts.” Treasurys gave back their gains before the end of the day though as yields and swap rates rose 1-4 basis points across the curve. 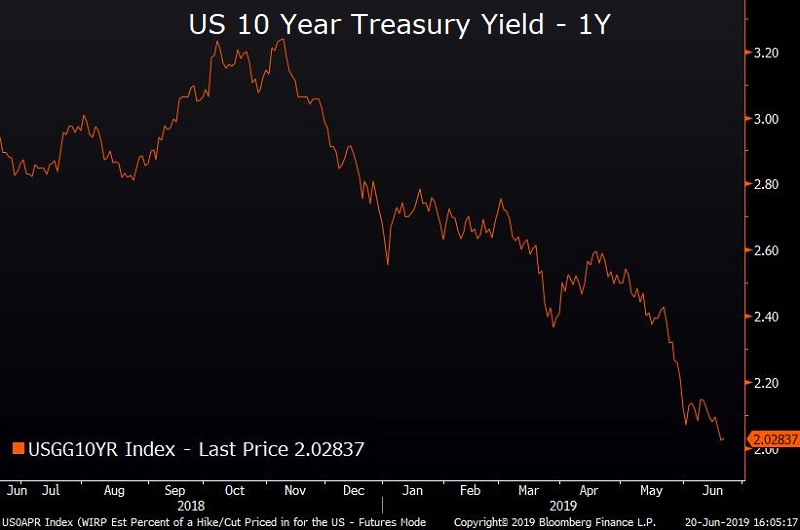 S&P rises to record as market cheers the series of dovish shifts by central banks. The S&P 500 closed up 0.9% to a record high of 2,954. The Dow Jones Industrial Average also notched an all-time high, closing up 0.94% at 26,753. Investors have taken the rate cuts as a sign asset prices will continue to rise, taking solace in the fact that the Fed cuts would be a defensive move aimed at prolonging the expansion and combating disinflation rather than a response to serious growth concerns. 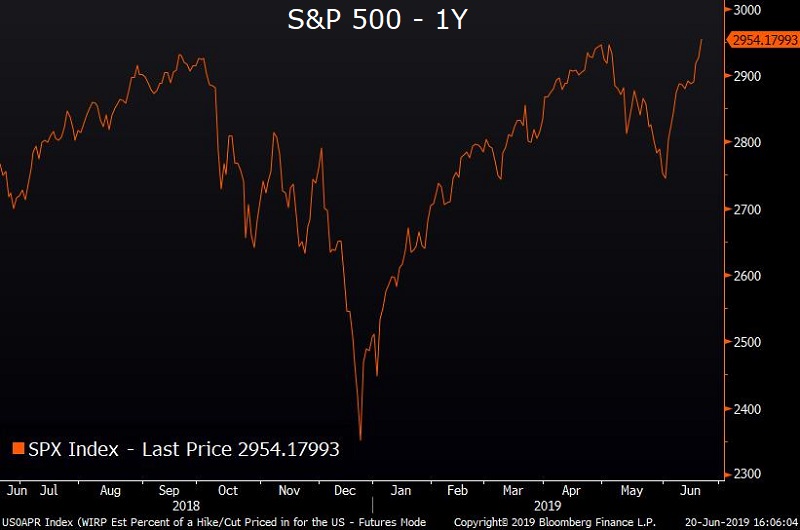