Oil prices continue to rise as President Trump says he was “cocked & loaded” before calling off missile strikes against Iran. The President added that he called off the strikes after recognizing that they would be a disproportionate response to the downing of a US drone. US crude rose over 1% in response to the continued escalation of tensions. Gasoline futures also rose sharply after a major fire at a large refinery in Philadelphia. Crude is now up to $57.66/barrel after falling to nearly $50/barrel in late June. 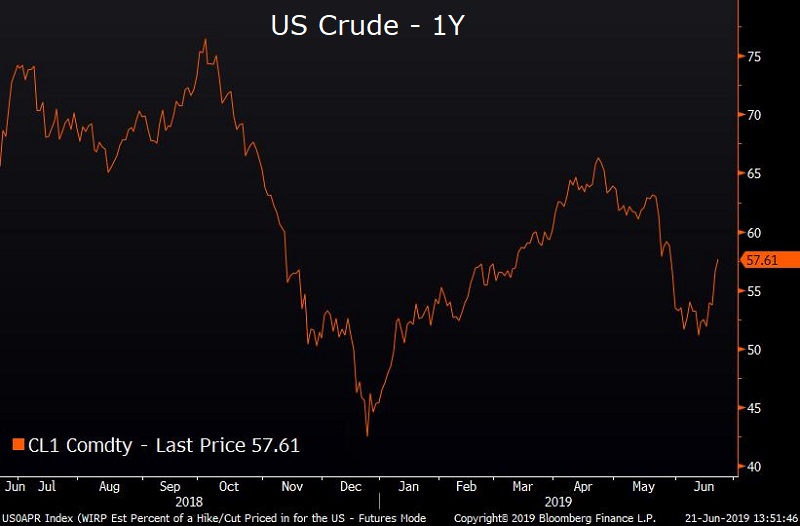 Manufacturing and Services PMI’s fall short of expectations, strengthening calls for rate cuts. Both manufacturing and services PMI’s slumped to the lowest levels since September of 2009. Any reading above 50 typically indicates improving conditions, so the latest levels of 50.1 and 50.7 show manufacturing and services dipping precipitously close to contraction. This latest data release confirms what job numbers and inflation figures have already suggested that concerns around trade and slowing global growth are finally being felt in the U.S. economy. 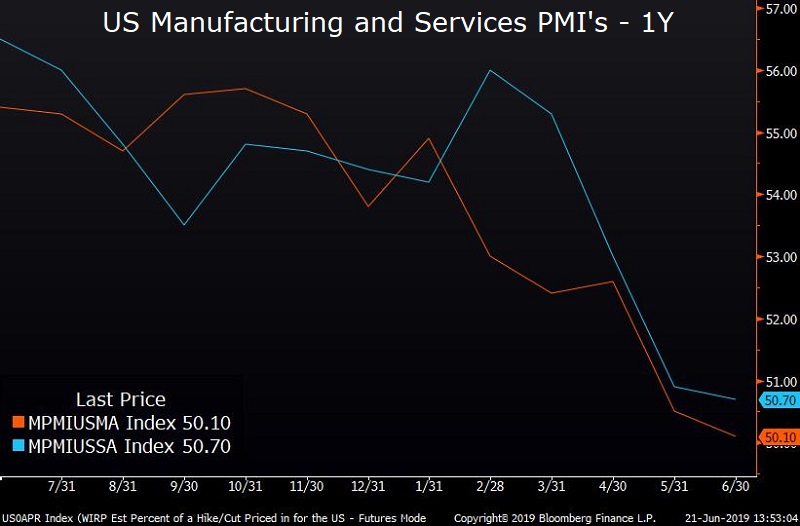 Yield curve steepens as Fed officials make case for rate cuts. St. Louis Fed President James Bullard stated in an essay that he believes the Fed should have cut rates by a quarter of a basis point, stating that lowering rates would have “provided insurance against further declines in expected inflation and a slowing economy.” Bullard’s opinion was already well known since he was the one dissenting opinion in the FOMC’s vote, but Neil Kashkari (a non-voting member) also published an essay saying that he believes the Fed should cut rates to increase inflation. The bond market took the comments in stride with rates rising 2-5 basis points on the long end of the curve while short-term rates fell slightly. 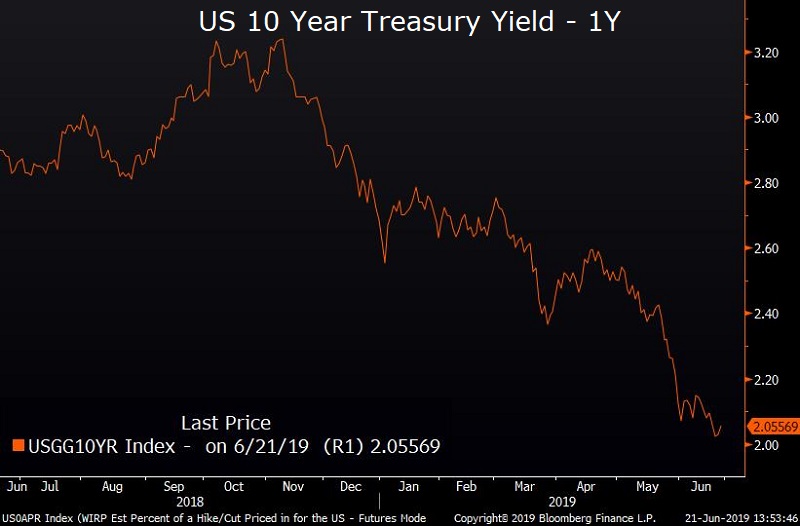