President Trump signs executive order authorizing new sanctions against Iran. President Trump added that the new sanctions would prevent top officials from accessing financial instruments, the White House’s latest attempt to discourage a re-nuclearization of the country. President Trump added that the sanctions were a “strong and proportionate response to Iran’s increasingly provocative actions.” The continued tensions between the US and Iran has not yet been felt significantly in equity markets as the VIX or “Fear Index” subdued at 15.26. 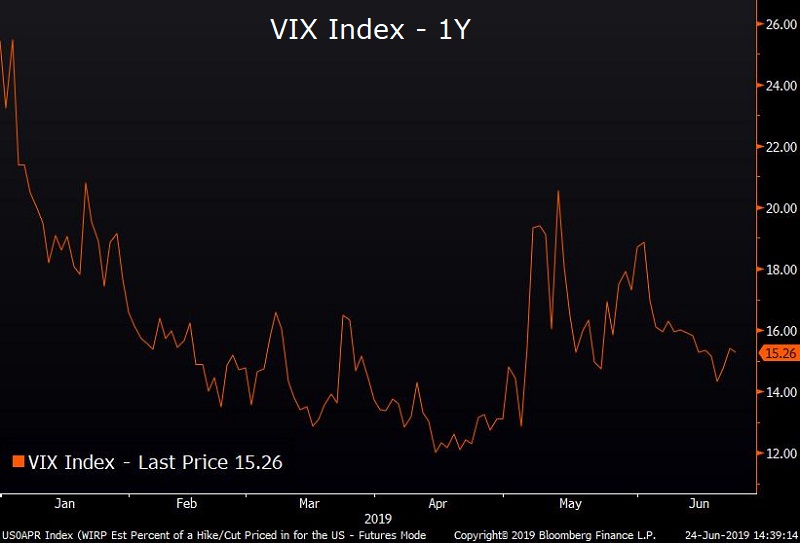 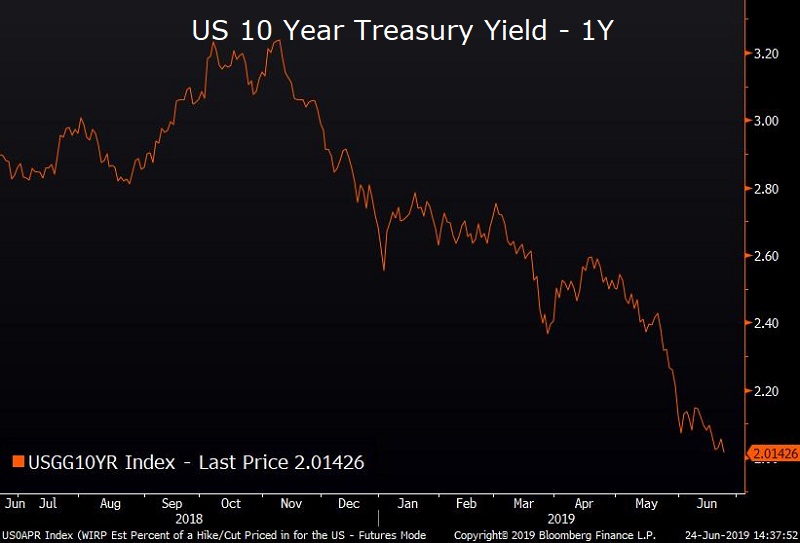 U.S. equities mixed ahead of G20 meetings. The S&P 500 and Dow Jones Industrial Average both trimmed initial gains to end the day down 0.17% and up 0.03% respectively. The G20 summit will begin later this week and is expected to include a meeting between President Donald Trump and Chinese President Xi Jinping. While investors are hoping to see a breakthrough at these talks, President Trump has threatened to hit China with additional tariffs on at least $300 billion if a deal is not reached at the summit. 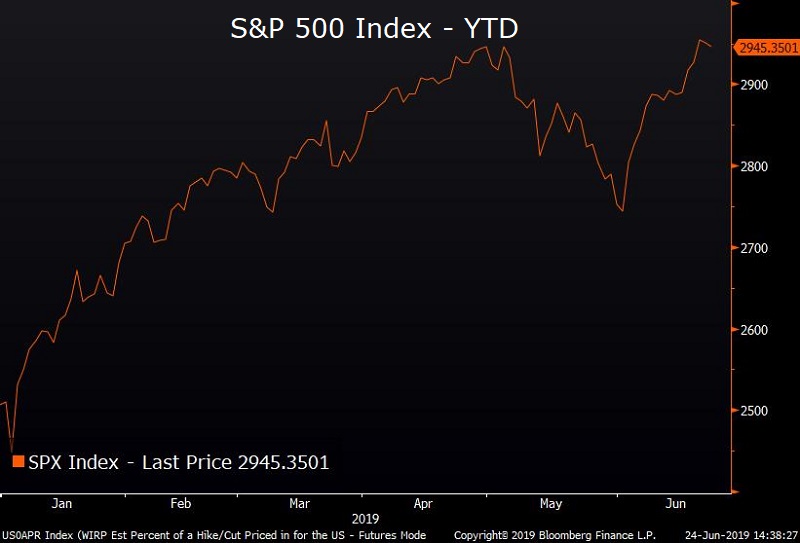