Fed Chair Powell suggests risks to global growth have risen in recent weeks, sending rates lower still. Chair Powell said that the risks to businesses and farmers are increasing amid concerns around trade tensions, giving markets the latest indication that the Fed could move to reduce rates as soon as the next FOMC meeting. Powell added that the FOMC believes that “an ounce of prevention is worth more than a pound of cure,” yet another indication that the Fed is embracing “insurance cuts” as a way to support domestic growth. Treasury yields and swap rates ended a choppy session down 1-4 basis points across the curve as the 10 year Treasury yield dropped below 2% to close at 1.985%. 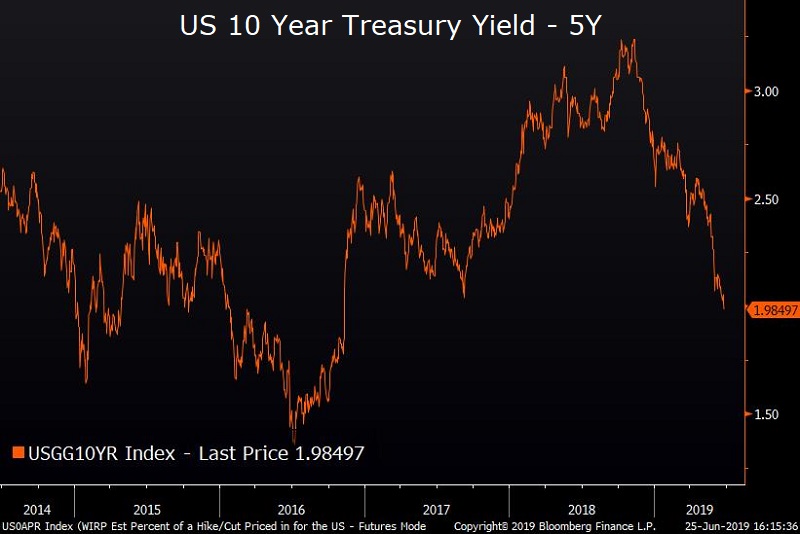 Currency war looms as another market risk as members of both political parties embrace dollar “management.” President Trump has long believed the US dollar is too strong and that it prevents the US from competing with relatively cheaper foreign goods. President Trump has also publicly lambasted Europe and China for weakening their currencies through market action or rate cuts. The argument for a weaker US dollar has also gained traction across the aisle as Democratic presidential candidate Elizabeth Warren has come out in favor of a weaker dollar as part of a plan to support American workers and companies. The U.S. Dollar Index closed down to 96.14 but could have plenty more room to fall further if calls for a weaker dollar gather momentum. 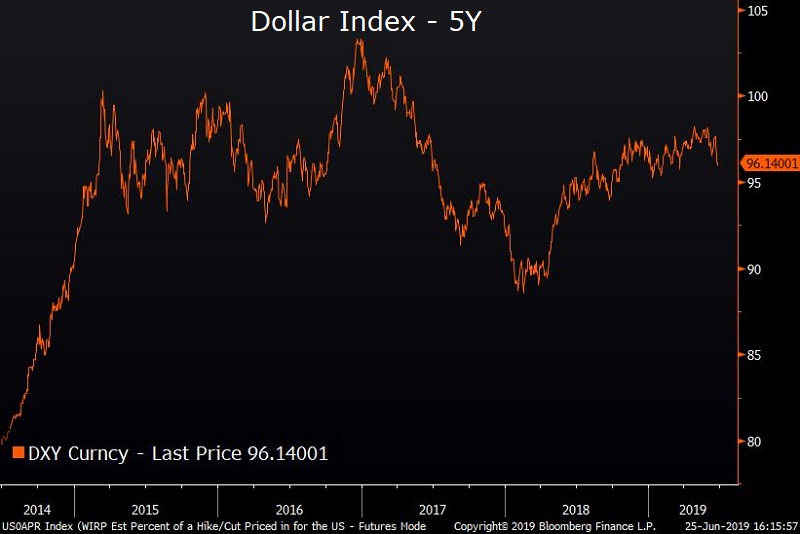 US equities fall on growth pessimism, weak confidence figures. The S&P 500 ended the day down 0.9%–the biggest drop in nearly a month–as the Conference Board’s consumer confidence index fell to its lowest level since September of 2017. Confidence has now slipped three months in a row, finally showing weakness after months of escalating trade tensions and tariffs. Adding to the decline, a senior US administration official clarified that the June 29th meeting between President Trump and Chinese President Xi Jinping is primarily aimed at reopening negotiations rather than coming to a broad trade agreement, disappointing investors who had hoped for more immediate breakthrough to the trade dispute between the world’s two largest economies. 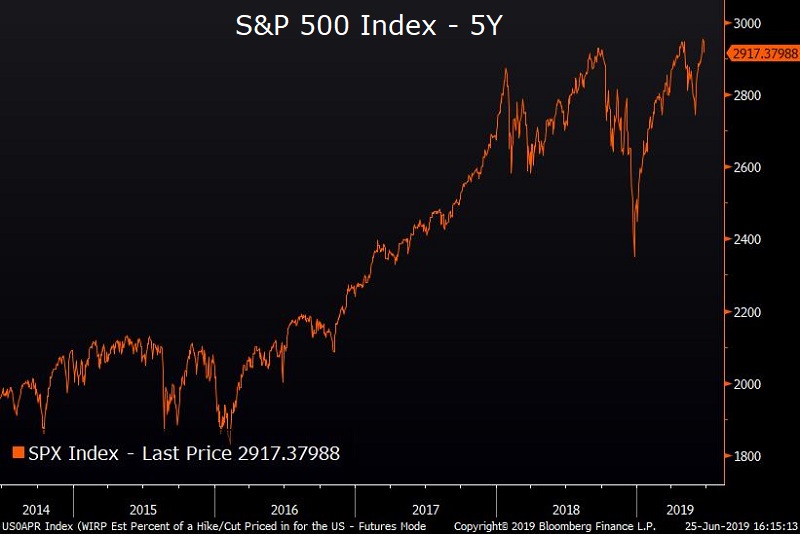