US equities close lower for fourth day in a row as G20 meeting approaches. Treasury Secretary Steve Mnuchin said this morning that trade talks were “90% complete,” initially leading to a rally in US stocks before they reversed course to close slightly down on the day. The S&P 500 closed down 0.12% while the Dow Jones Industrial Average closed down 0.04%. The G20 summit, which begins Friday and continues Saturday, will be an important catalyst for markets which have focused on US-China trade talks for months now. 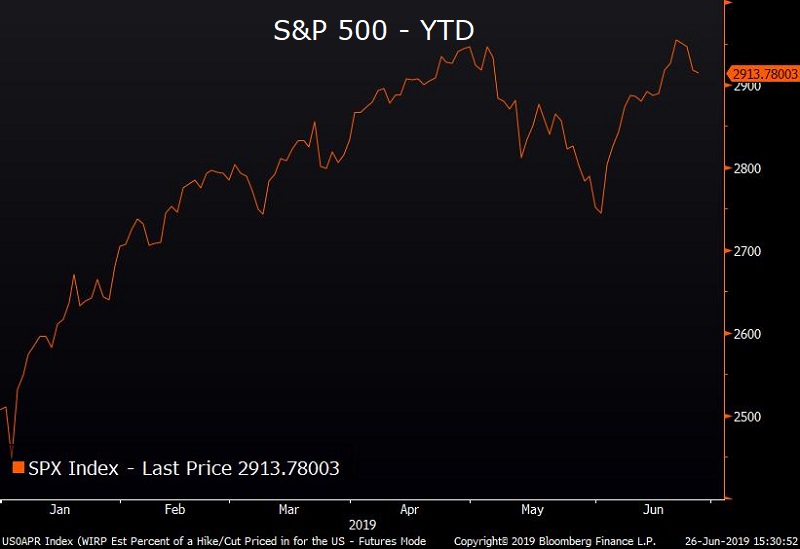 Treasurys fall, pushing rates 6-8 basis points higher across the curve. The relentless bond rally gave back some gains today despite the sell-off in equities with treasury yields and swap rates climbing 7+ basis points across the curve. The 10 year Treasury yield climbed back above 2% to finish at 2.047%, despite disappointing durable goods data that showed orders fell 1.3% month over month. Meanwhile, President Trump ratcheted up his criticism of the Fed Chair Jay Powell, going as far to suggest that outgoing European Central Bank President Mario Draghi should take over at the Fed because of the “bad job” done by Powell. 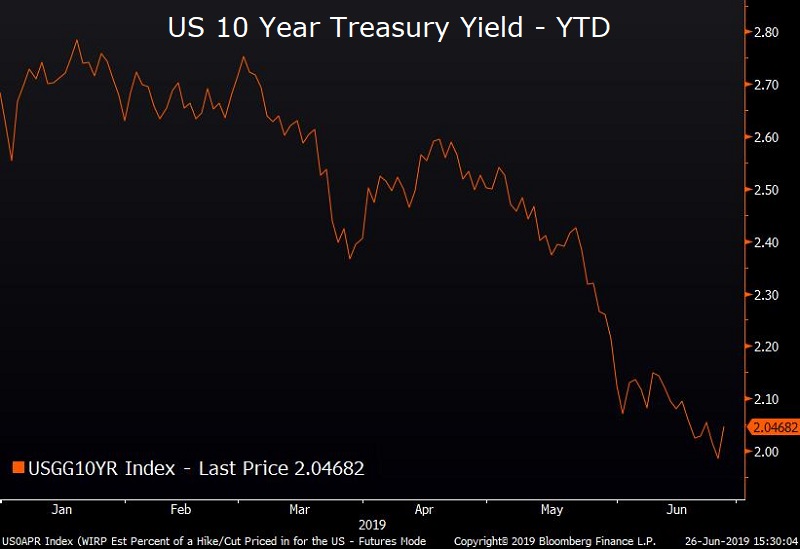 Crude oil continues to rise as US inventories fall. Crude stockpiles fell by 7.5 million barrels last week, far exceeding analyst estimates that had called for a 2.5 million barrel drop. The decline in inventories together with rising US-Iran tensions and a Philadelphia refinery fire have combined to push US crude up nearly 10% over the past three trading sessions to a five-week high. The recent volatility underscores the importance of the upcoming OPEC meeting on July 1st and 2nd at which the cartel is expect to discuss extending output cuts for the second half of this year. 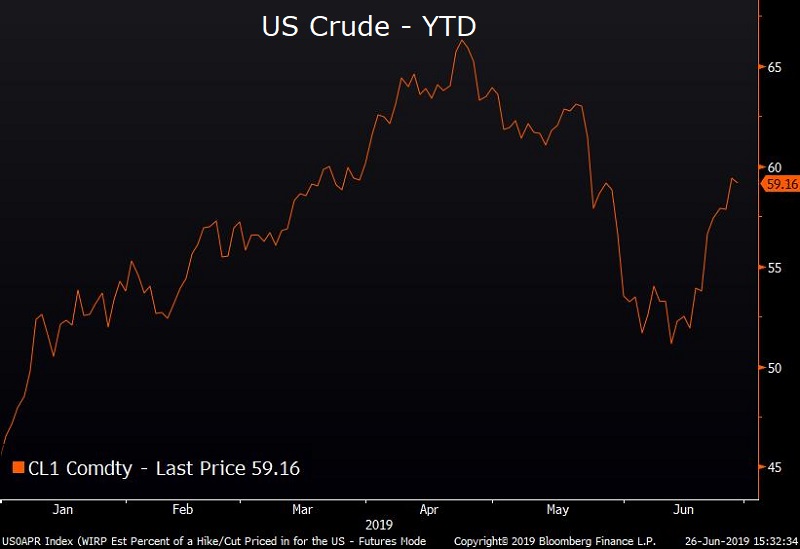