US equities reverse four day losing streak, finish higher on eve of G20. The G20 summit has been the focus of markets all week, and today was no exception. U.S. equities rose 0.19% on the day after the South China Morning Post reported that the two sides were close to agreeing to a truce to prevent any further tariffs. Not all was rosy on the trade front through as the Wall Street Journal reported that China will ask the U.S. to remove the Huawei ban as a precursor to any trade negotiations. The stakes are high for the upcoming two day meeting. President Trump has shown an enthusiasm for leveraging tariffs as a negotiation tool. If the two sides are unable to reach an agreement, the White House has threatened to impose additional tariffs on up to $300 billion of Chinese imports, creating further headwinds to what appears to be a decelerating U.S. economy. 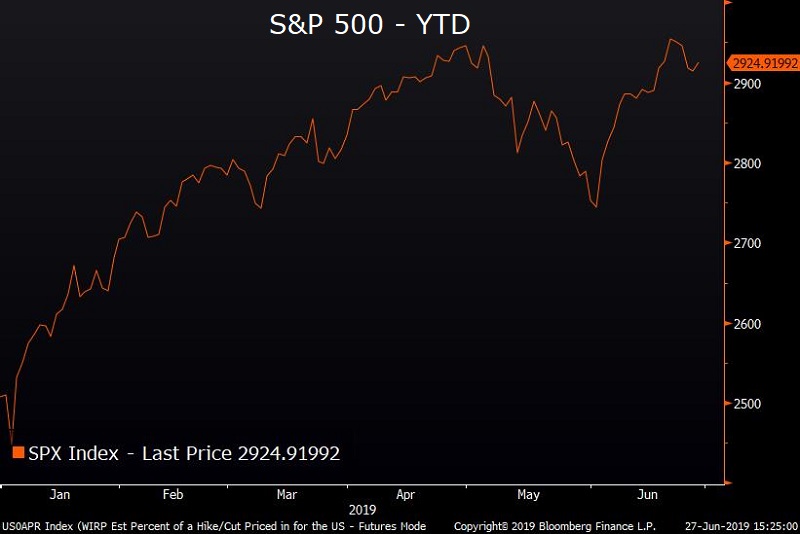 Bonds continue to rise, treasury yields and swap rates fall 1-4 basis points across the curve. The drop in treasury yields and swap rates came as Q1 GDP, personal consumption data, and initial jobless claims all came in below estimates. Fed funds futures continue to imply a 100% likelihood of a rate cut at the July 31 FOMC meeting, and a 93% probability of two rate cuts by year-end. Tomorrow, personal income and spending data will be released along with the Fed’s preferred inflation gauge, the PCE deflator, for the month of May. 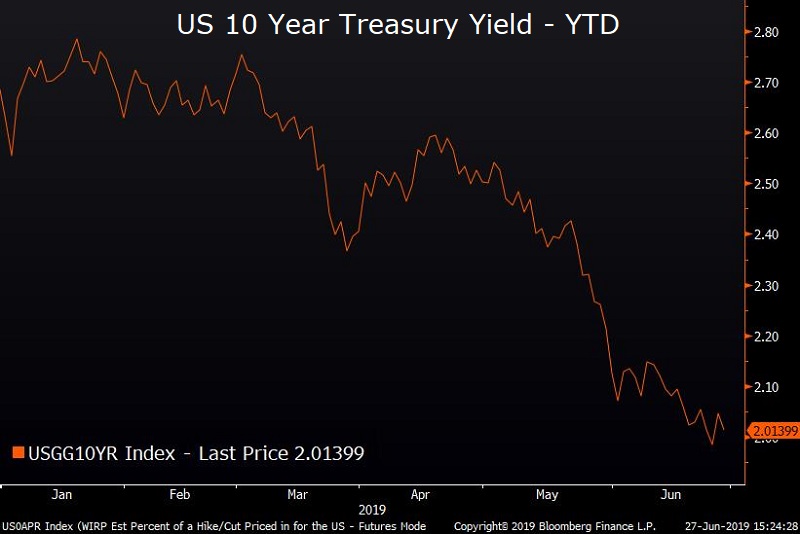 Federal Reserve clears nation’s largest banks to increase payouts to shareholders. The latest Fed stress tests showed the U.S.’s 18 largest banks all are well capitalized enough to withstand a recession, marking only the second time in the stress test’s history that no banks failed. The stress tests measure how the US banks would handle a severe economic downturn (10%+ inflation, 50% decline in US equities). U.S. financials climbed 0.92% on the day, led higher by Bank of America, Citi and Wells Fargo – all of whom received strong marks in the stress test. 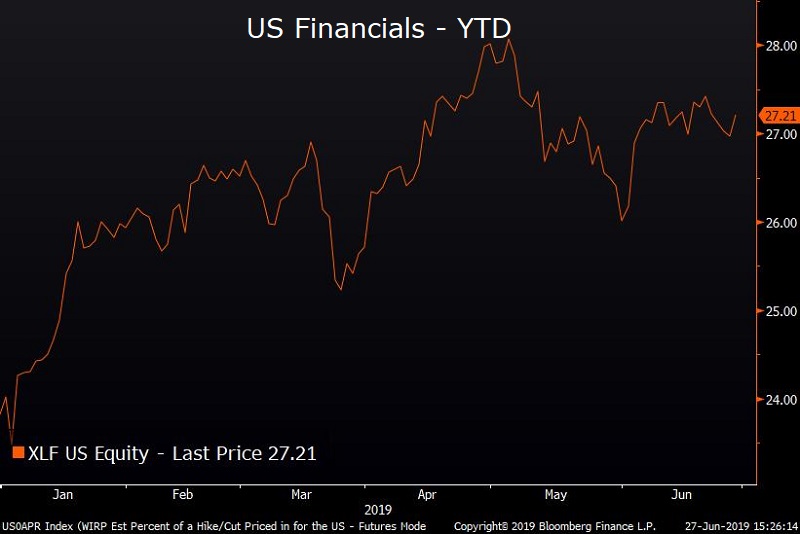