U.S. equities close higher, ending best start to the year in over two decades. The S&P 500 ended an active session up 0.6%, extending its month-to-date gain to 6.9% and its year to date gain to 17.3%. The increase over the first six months of the year is the strongest since 1997 and has come despite an uptick in volatility and uncertainty around trade and global growth. Despite the robust performance of the equity market, gold, which is traditionally a safe haven asset, rose 10.8% in the month of June alone. 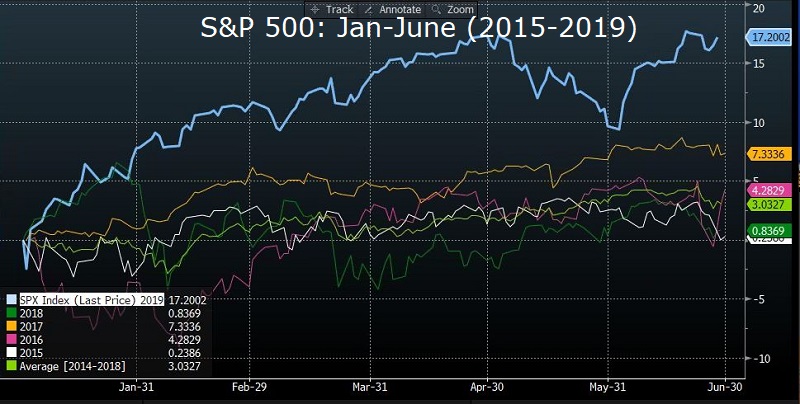 Treasury yields flat on the day, swap rates higher after personal income data beats estimates. U.S. consumer spending increased 0.5% while personal spending rose by 0.4%. More notably, the PCE deflator rose by 0.2%, in line with consensus estimates that expected inflation to tick higher in the month of May. The Chicago PMI dropped sharply to 49.7, indicating a contraction in the manufacturing activity for the first time since January 2017. Rounding out this week’s economic calendar, the University of Michigan Consumer Sentiment survey exceeded estimates by coming in at 98.2. 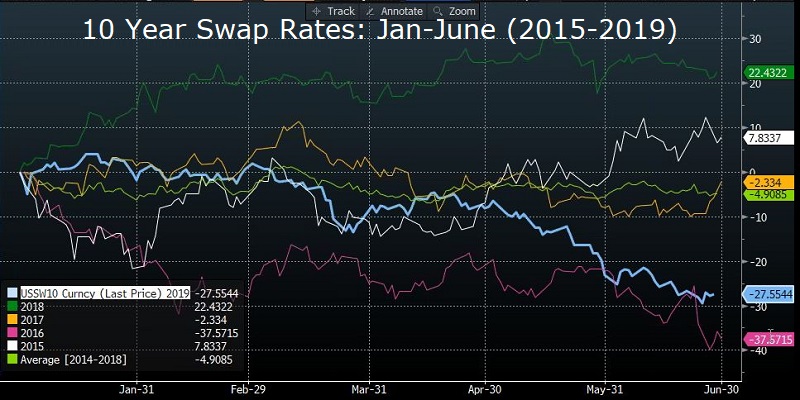 U.S. dollar resilient despite remarkable rally in Treasurys. In the six months to start the year the Dollar Index has remained virtually unchanged, despite rates falling nearly 80 basis points since the start of the year. While it is possible that the dollar may weaken as the Fed cuts rates, the relative strength of the dollar remains a source of consternation for President Trump (and other politicians across the aisle) who have made it clear they view a weak dollar as a form of economic stimulus. 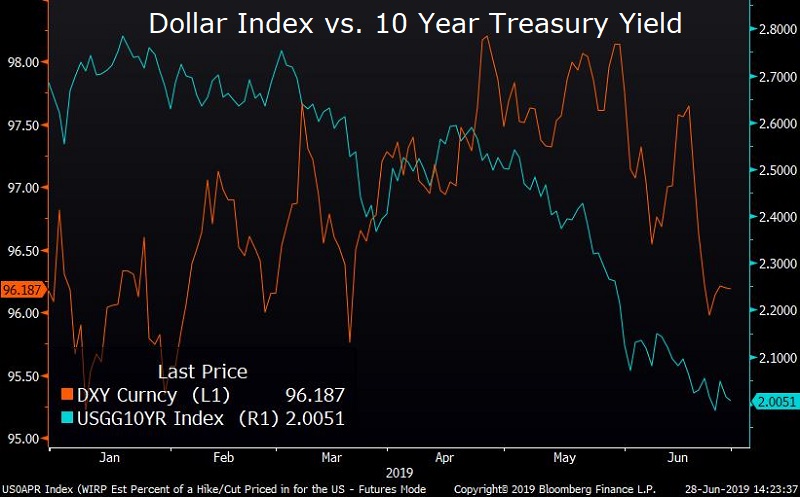