Fed keeps rates unchanged, updates forecast to include no hikes in 2019 while moderating their expectations for future growth. Treasury yields had already backed up ahead of the announcement, but immediately fell an additional four basis points after the Fed surprised with its dovish comments. The median “Dot Plot” shifted down by 50 basis points, and Fed Chair Jerome Powell also committed to an end to the Fed’s balance sheet unwind by September of this year. Treasury yields ultimately declined 8-10 basis points across the curve, swap rates following suit. The 10 year Treasury yield ended the day at 2.53%, the spread between 2 year and 10 year Treasury yields falling to 12.4 basis points- near the flattest point of this economic cycle. Meanwhile, the swap curve is essentially flat, the spread between the 2 and 10 year swap rates sitting at a mere 3 basis points. 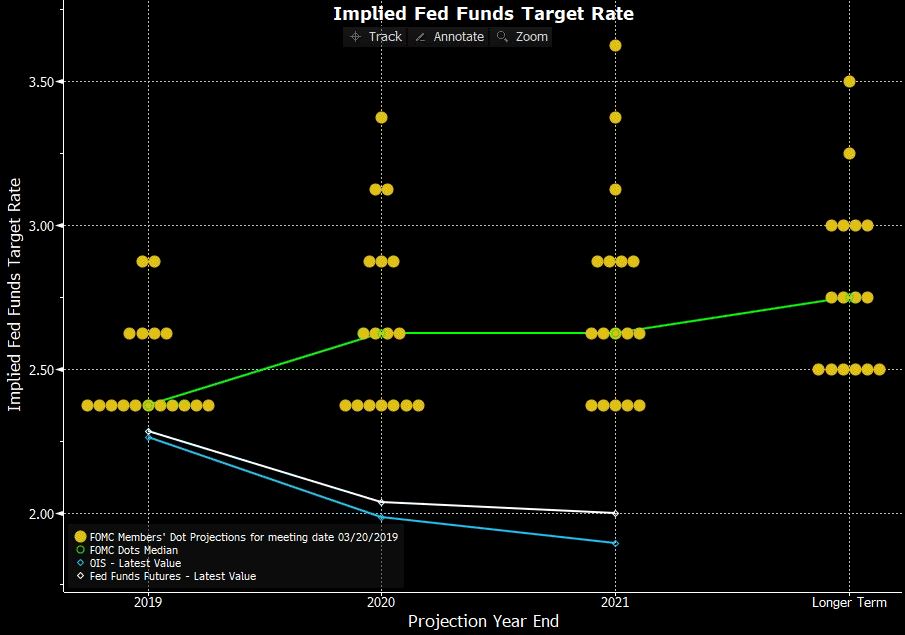 Jerome Powell thinks US economy is “in a good place” and that there’s “no rush for judgement.” The comments are a continuation of the patience the Fed has been preaching since the start of the year, and Powell’s comments today suggest that patience will continue for the rest of the year. While the FOMC is clearly comfortable with the current state of the economy, Powell did note that he still sees slowing economic growth and “slower growth of household spending and business fixed investment.” Looking ahead, tomorrow markets will get the Philadelphia Fed’s latest business outlook and on Friday markets will get a host of manufacturing and services PMI’s. 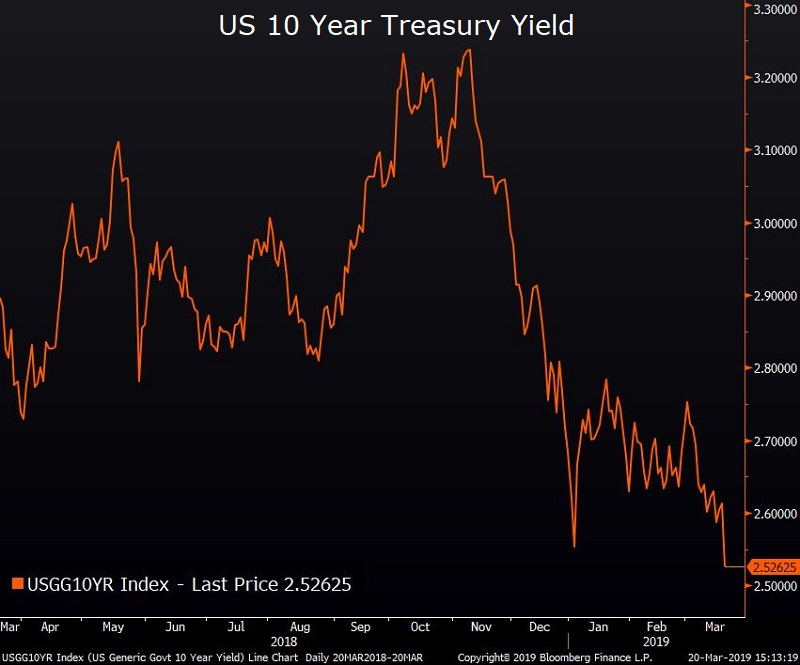 US equities initially rally after FOMC announcement before paring gains. The S&P 500 and Dow Jones closed down 0.29% and 0.55% respectively, led lower by financials. The S&P Bank Index fell 3.2% as bank stocks sold off after the Fed’s dovish surprise. The VIX or “Fear Index” closed up slightly to 13.91, still a benign level. 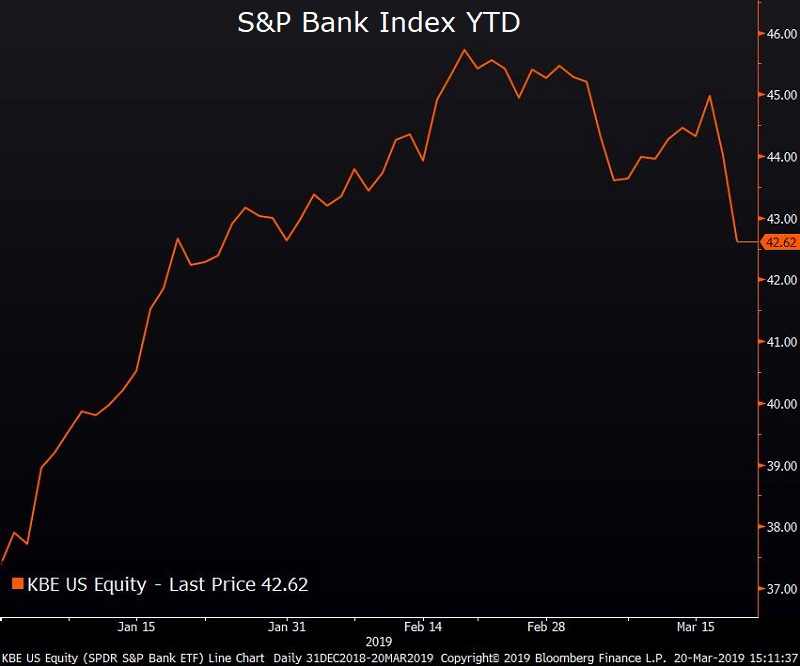