March Madness? Fed Funds futures now imply a 48.8% chance of a rate cut by next January. The 10 year Treasury yield has now fallen over 70 basis points since its cycle peak in November of 2018, falling to levels not seen since January of 2018. The move lower in rates is not isolated to the U.S. either- German 10 year Bunds have a yield of 0.04% and Japanese 10 year government bonds have a negative yield of 0.05%. Nearly every government bond yield in the developed world is near the bottom of its one year range- illustrating just how far we’ve come from a rising rate environment. Today’s price action in Treasurys was mostly muted, the 10 year yield ending the day at 2.537% 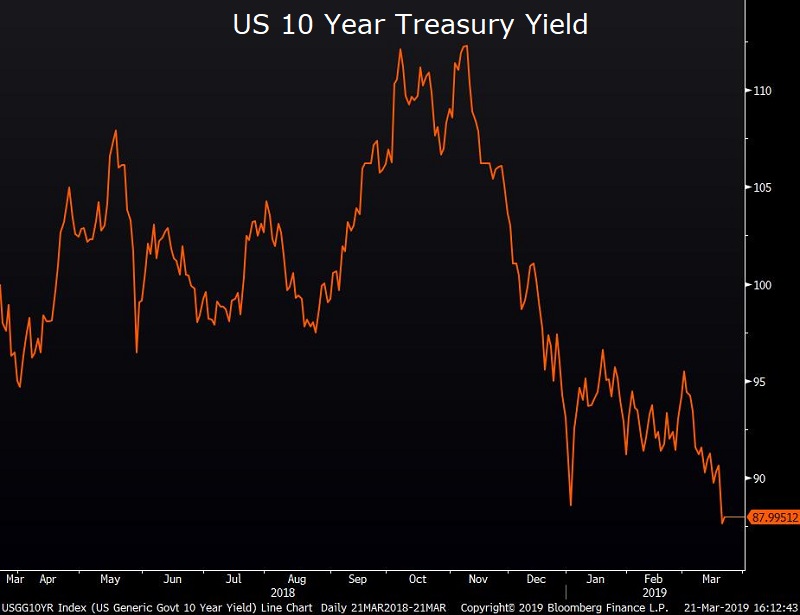 US equities continue their rally- rising to five month high. US equities climbed once more, continuing the risk-on move that was kicked off by yesterday’s surprisingly dovish FOMC announcement. Tech stocks led the S&P 500 higher today, the index ultimately closing up 1.1%. Financials was the lone sector that closed down, continuing to sell off as the yield curve flattens. 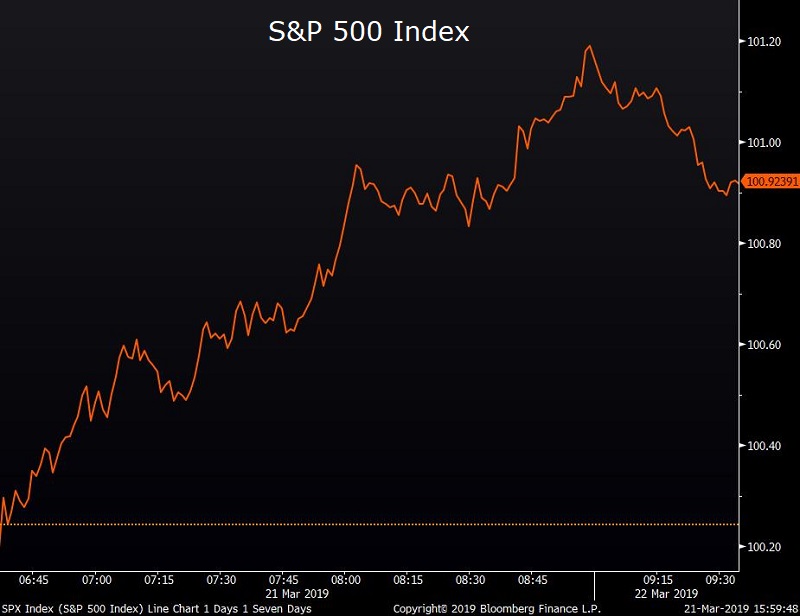 The Bank of England unsurprisingly keeps benchmark borrowing rates unchanged. This morning the Monetary Policy Committee unanimously voted to hold its Bank Rate at 0.75% and maintain existing levels of quantitative easing. Despite recently strong data labor data, the UK remains at the mercy of the Brexit outcome. The MPC stressed a “wait and see” approach, noting that “short-term economic data may provide less of a signal than usual about the medium-term growth outlook” given particular Brexit implications. London’s FTSE 100 reacted positively to the decision, with British stocks gaining 0.9% on the day. 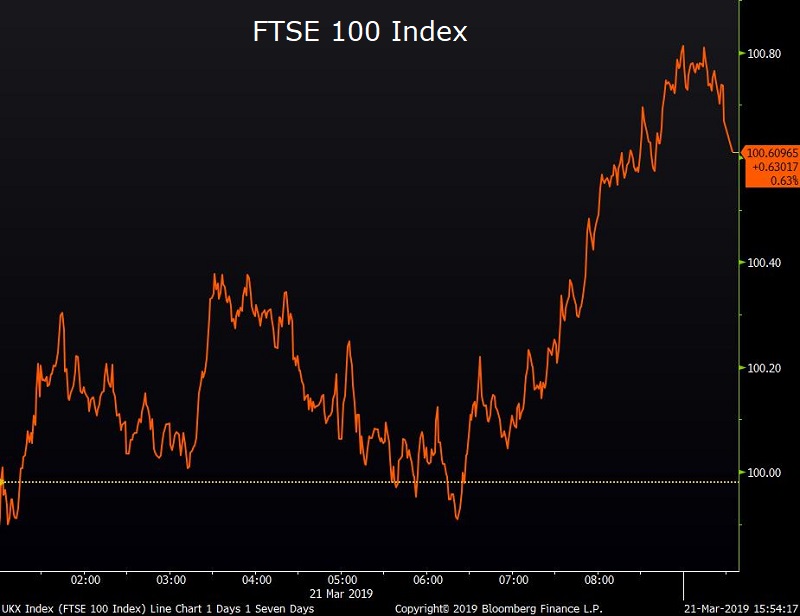