Weak manufacturing data kicks off a volatile Friday, sending yields plummeting worldwide. The rally in Treasurys was kicked off by a contraction in the German manufacturing sector, which pulled German government bond yields into negative territory for the first time since 2016. Treasurys rallied even further after the release of weaker than expected US manufacturing and service sector PMI’s. Yields/swap rates fell 10-11 basis points across the curve. The Fed Funds effective rate now exceeds 7 year Treasury yields, a first for the cycle: 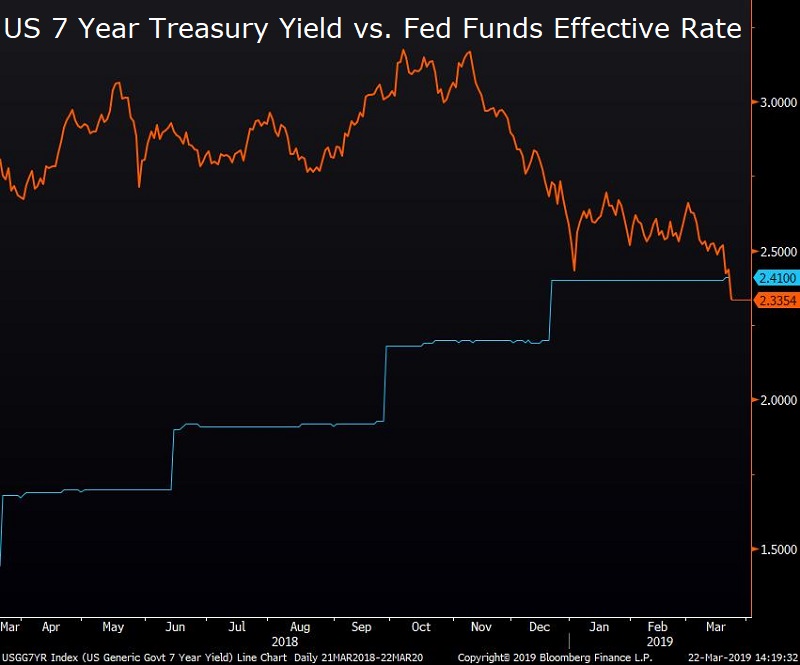 Brexit delay now seems inevitable as EU approves extension, but duration of delay remains in question. Parliament will vote on different Brexit options next week, with Prime Minister Theresa May expected to resign if she fails to win parliamentary approval for the deal she negotiated many months ago with the EU. April 12th is now the de facto Brexit deadline offered by the EU, but EU leaders will extend the deadline to May 22nd if Parliament approves Theresa May’s deal. The pound rallied 0.78% on the day: 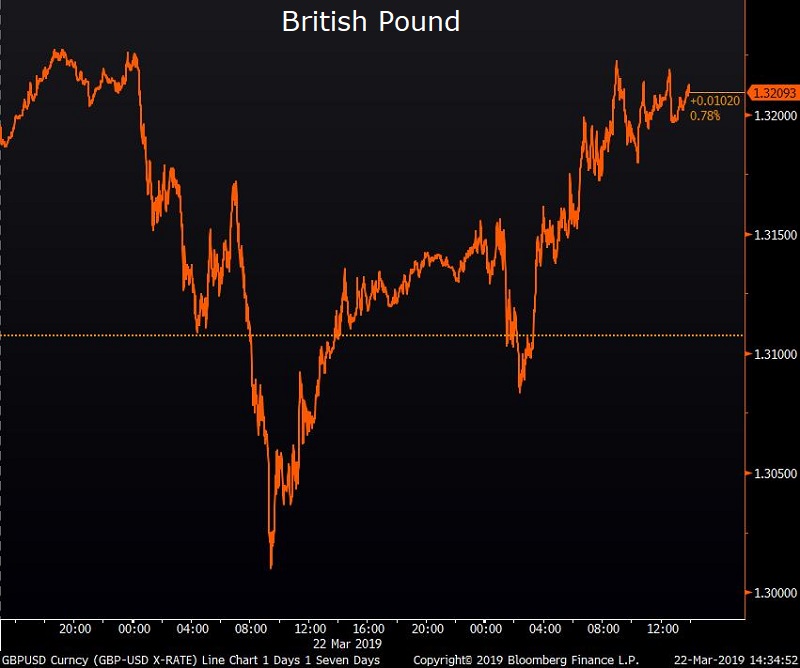 US equites sell-off on global growth concerns, ending post-FOMC winning streak. The S&P 500 fell 1.90%, led lower by the materials and financials sectors. The VIX or “Fear Index” rose two points to 16.48, reflecting the increased cost of hedging investors faced as markets sold-off. Next week markets will get new housing starts and consumer confidence data, as well as the lastest GDP figure. 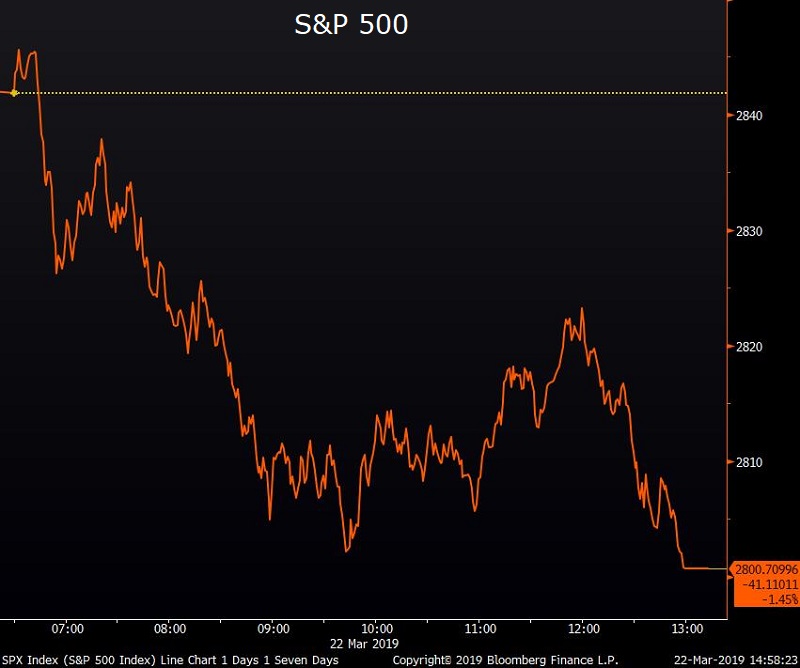