Treasury rally takes a breather. Treasurys sold off and rates climbed 4-5 basis points across the curve. Despite that, Fed funds futures still imply a 73.5% likelihood of a rate cut by 2020- continuing the market’s recent trend of undershooting the Fed’s interest rate projections by 50+ basis points. 10 year yields climbed 3 basis points on the day but are still down 15+ basis points since mid-March. Swap rates have followed yields lower with five, seven and ten year swap rates now well below current 3 month LIBOR. 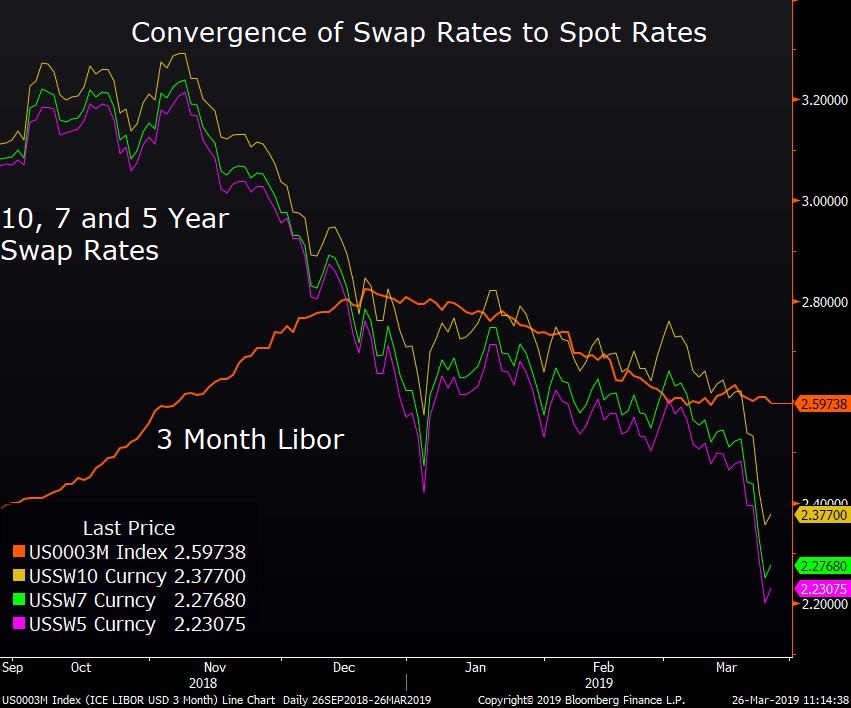 Housing data weaker than expected. Housing starts came in slightly lower than the forecasted level of 1.2mm at 1.116mm, and the Case-Schiller Home Price Index advanced only 4.3% over a year ago in January—the smallest year-over-year increase in four years.  Despite the continuing streak of downbeat economic data,  Boston Fed President Eric Rosengren said he still expects long-term yields to climb from their current level. Rosengren also added that the economy would need to deteriorate meaningfully before the Fed would consider cutting rates. 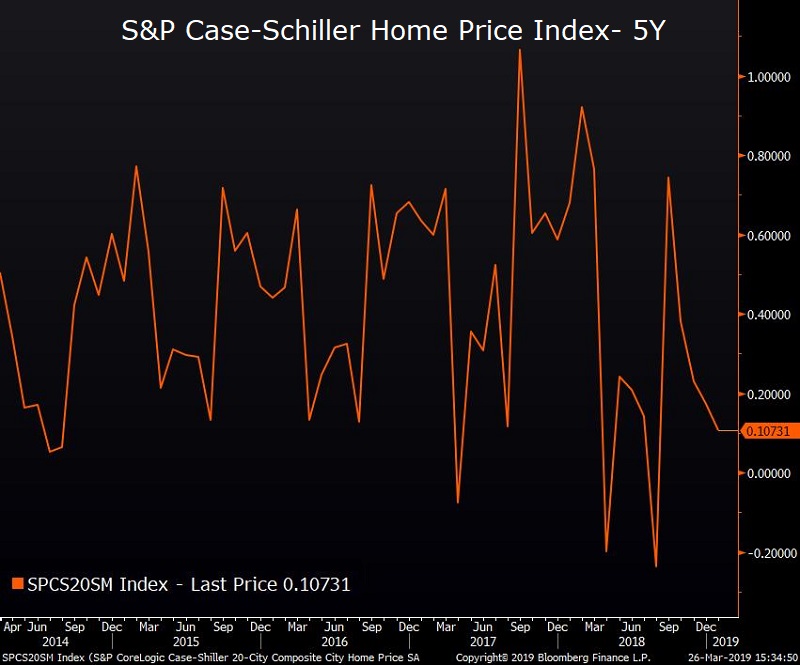 US equities close higher as global growth concerns ease. The S&P 500 closed up .7% on the day with energy and financials leading the way higher. Financials climbed for the first time in five days as the S&P Regional Bank Index rebounded 2.4% after falling as much as 13.5% from the year-to-date highs. European and Asian stocks were also higher as Germany’s DAX closed up 0.6% higher while the Topix climbed 2.6%. 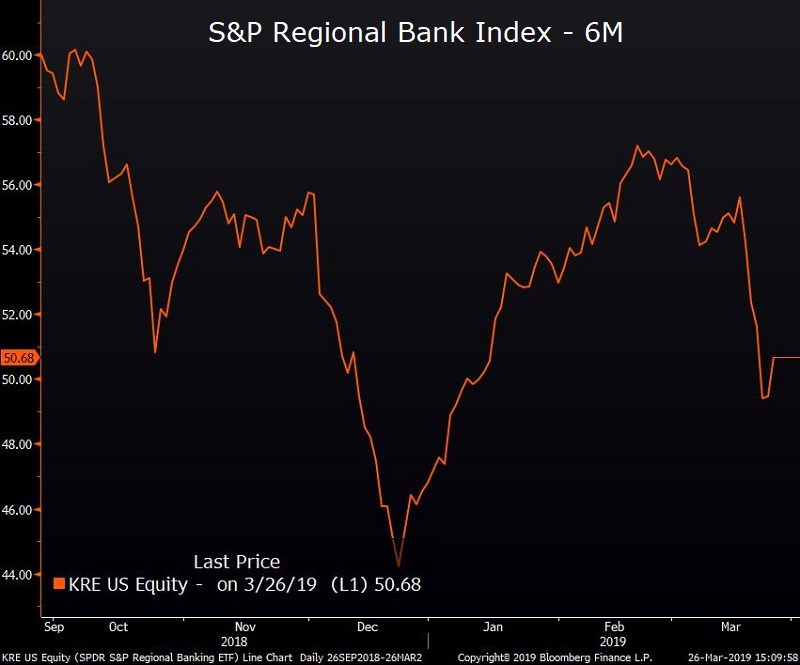