Treasury rally picks up where it left off after risk-off move abroad. New Zealand’s central bank became the latest to walk back their growth projections for 2019, kicking off a flight to quality that accelerated after Turkey’s central bank stepped in to prevent Turkish banks from lending to foreign counterparties which in turn tripled the overnight lending rate to 1,200%. The flight-to-quality was evident in Europe where Germany auctioned off ten year government bonds at a negative yield, and in the U.S. where treasury yields fell 5-6 basis points across the curve. Ten year treasury yields ultimately declined to 2.37%, and fed funds futures now imply a 81.6% probability of a rate cut by 2020. 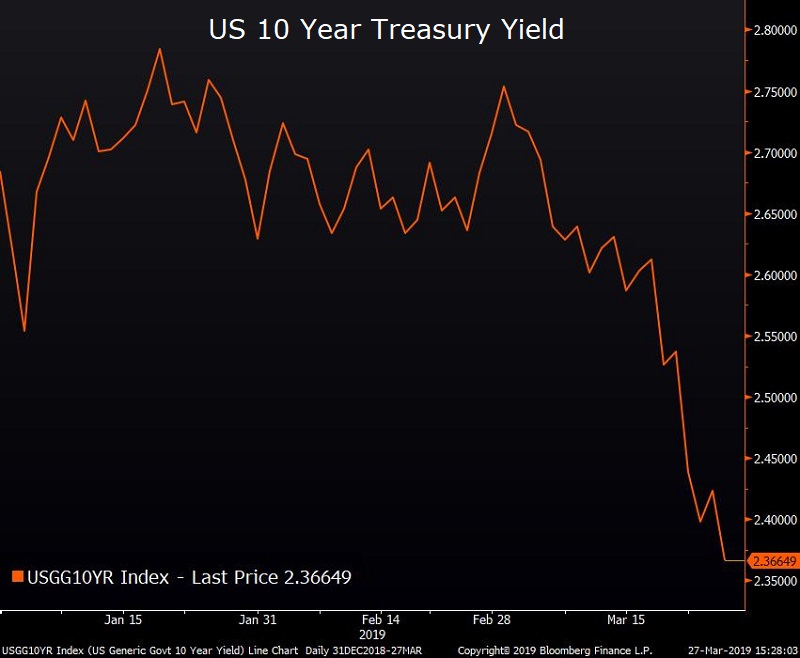 Fed officials push back on market expectations, saying they are a ways away from considering a rate cut. Dallas Fed President Robert Kaplan was the latest Fed official to say its too soon to consider cutting U.S. interest rates, despite the market pricing nearly a full cut by year end. Mary Daly, President of the San Francisco Fed, echoed that sentiment saying she’s “not freaked out” by the yield-curve inversion, adding that it may be several months before the Fed can parse the signal from the noise in the U.S. economy. 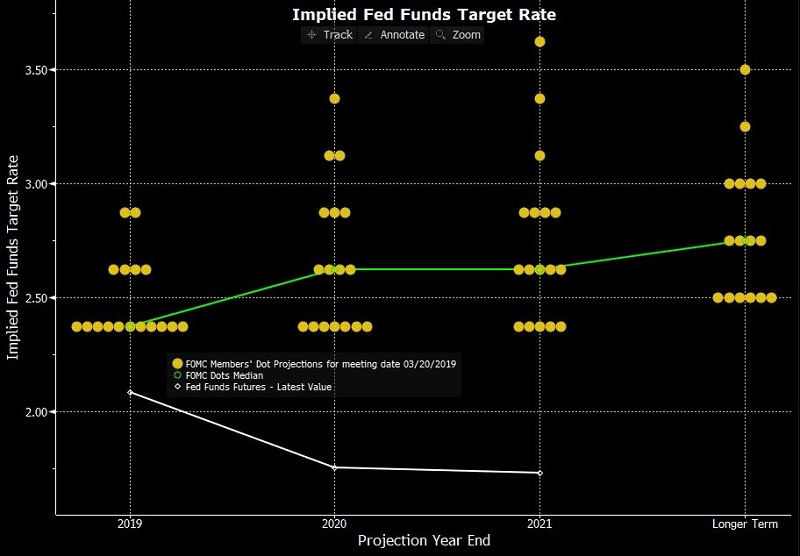 US equites in the red once more. The S&P 500 fell 0.46% while the Dow Jones Industrial Average fell 0.13%, led lower by declines in the healthcare and energy sectors. Despite the risk-off move worldwide, the VIX or “Fear Index” remains at a relatively subdued level, rising only 0.47 points to 15.15. Notably- the S&P 500 is still on pace for its best quarter since 2012. 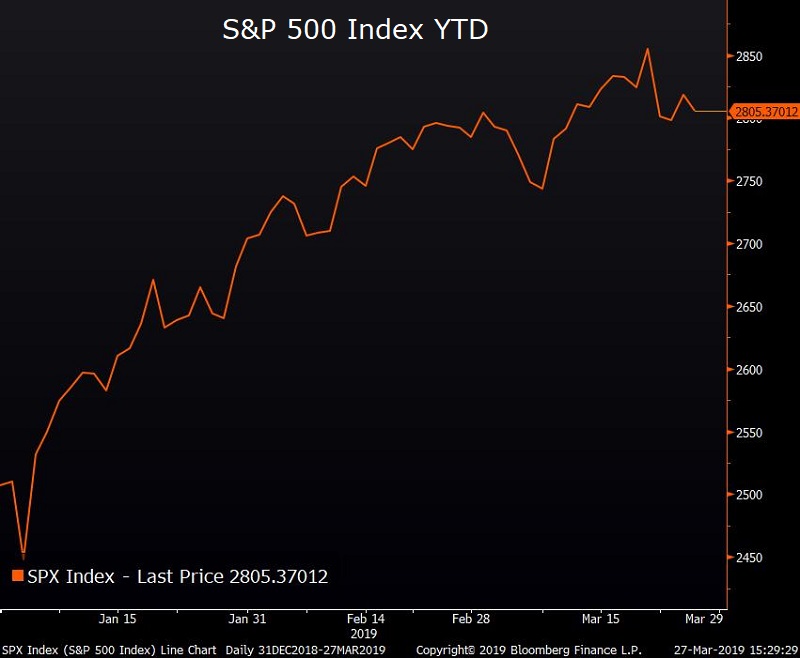