“USA ROCKS!”- strong jobs report confirms that US economy remains solid. The US economy added 128,000 jobs in the month of October, much higher than estimates that had called for a five-month low of 85,000. The prior month was also revised higher to 180,000, while wage inflation came in line with forecasts (3% on an annualized basis). The unemployment rate ticked higher to 3.6% as expected, and perhaps most importantly- labor force participation for the prime age group climbed to a cycle high . President Trump quickly tweeted in celebration, saying “wow a blowout JOBS number just out…. USA ROCKS!” Both US equity futures and rates are marginally higher in response to the beat. 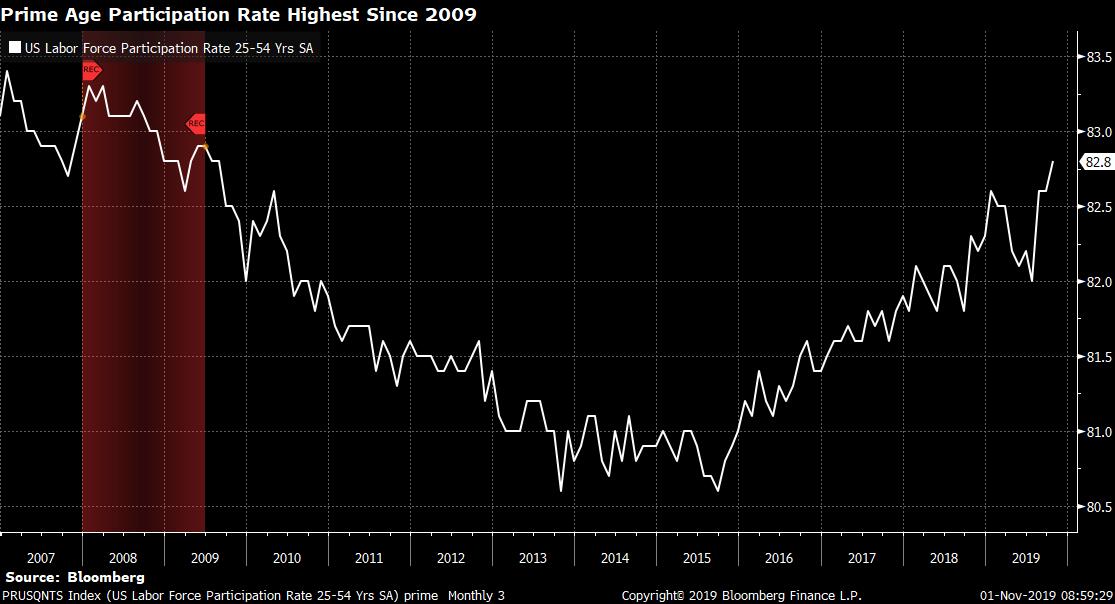 Treasury yields and swap rates fell 8-9 basis points yesterday as “phase one” trade deal seems less likely, and Congress moves forward on impeachment proceedings. Both Treasury yields and swap rates fell dramatically yesterday as Chinese officials warned they would not budge on certain issues until President Trump rolls back tariffs on Chinese goods. President Trump remained optimistic that a phase one deal would get finalized, even after Chile canceled the November APEC conference where the deal was expected to be signed. The negative sentiment around trade talks was exacerbated further by news that the US House of Representatives voted to move forward into impeachment proceedings, setting up formal hearings in the coming weeks. The 10-year Treasury yield ultimately closed down 8 basis points to 1.69%, breaking out of the 1.75%-1.85% it had occupied for the prior two weeks. 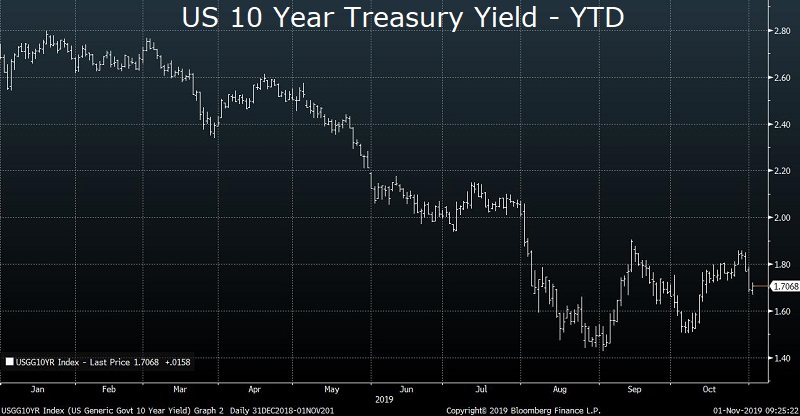 Day ahead. The ISM Manufacturing report for the month of October will be released at 10:00 ET, forecasts calling for a slight contraction in manufacturing activity. We’ll also get a bevy of Fed speakers today: Robert Kaplan, John Williams, Richard Clarida, Randal Quarles and Mary Daly.