Commerce Secretary Wilbur Ross says that the US and EU are close to agreement on automobile imports. The agreement would potentially eliminate automobile tariffs, a welcome sign of progress on the trade front with US allies. The US and China also appear to be close to agreeing to a location for the signing of a “phase one” trade agreement that was originally supposed to be signed in Chile before that summit was cancelled due to civil unrest in the South American country. The positive sentiment around trade has rates higher by 6+ basis points across the curve to start the week- the 10-year Treasury yield rising to 1.76% 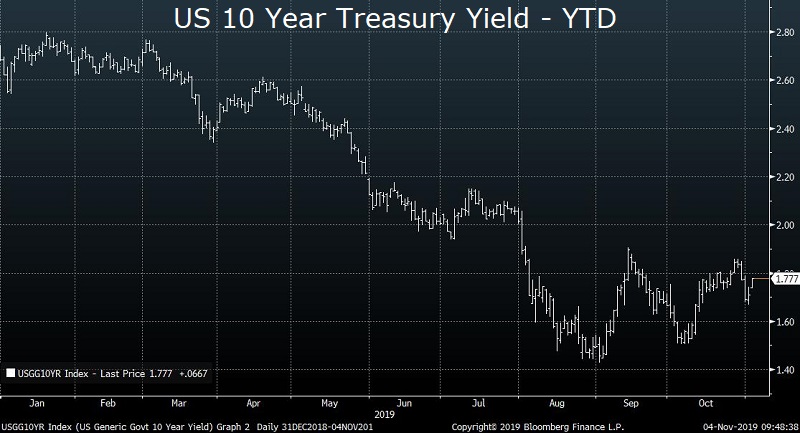 Saudi Aramco launches initial public offering process. The world’s largest company may finally go public later this year with a listing expected in December. The Saudi oil giant earns about $110B in revenue and is expected to garner a market value of over $1T. Elsewhere in equity markets, the S&P 500 looks to extend gains beyond its record close last week, the index sitting 0.58% higher on positive trade developments. 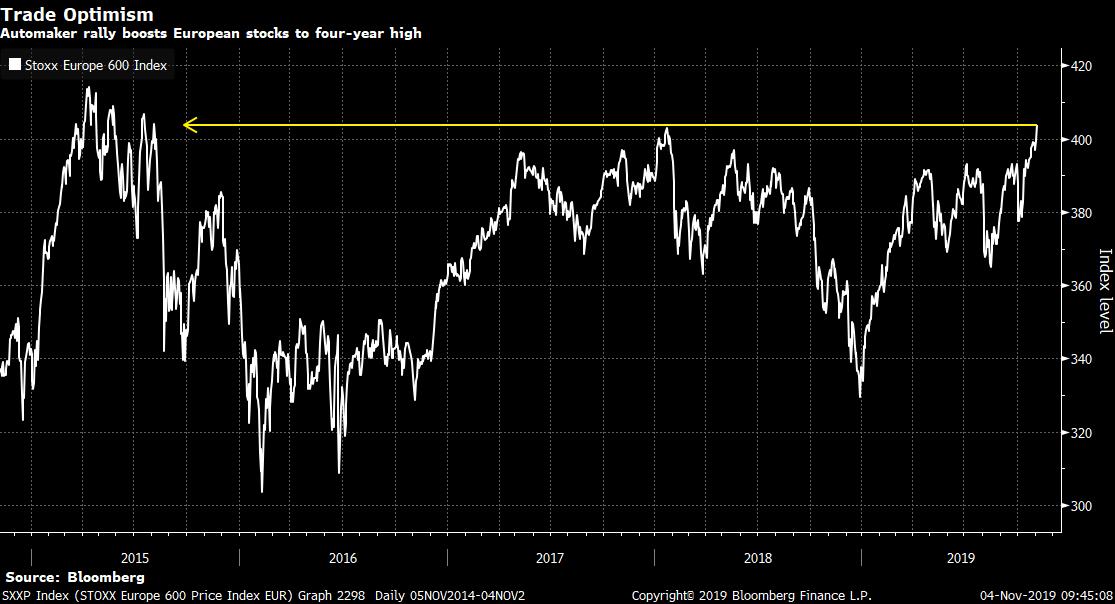 Week ahead. The latest durable goods and factor orders data will come out today at 10:00 AM ET- estimates calling for contractions in both levels during the month of September. Regional Fed presidents Charles Evans, John Williams and Patrick Harker will all speak on Wednesday, while the Bank of England will make a rate decision on Thursday. US corporate earnings will also continue in earnest: Walt Disney, Toyota, Uber and Marriott all reporting third quarter earnings this week.