US stocks tumble as ISM manufacturing index unexpectedly contracts. The S&P 500 and Dow Jones Industrial Average both fell after the ISM manufacturing report showed a contraction in domestic manufacturing for the first time in three years. That report exacerbated a risk-off move that was already in motion as Brexit and continued trade war uncertainty weighed on investor sentiment. European stocks also closed lower, the FTSE 100 dropping 0.5% while Germany’s DAX index closed down 0.5%. 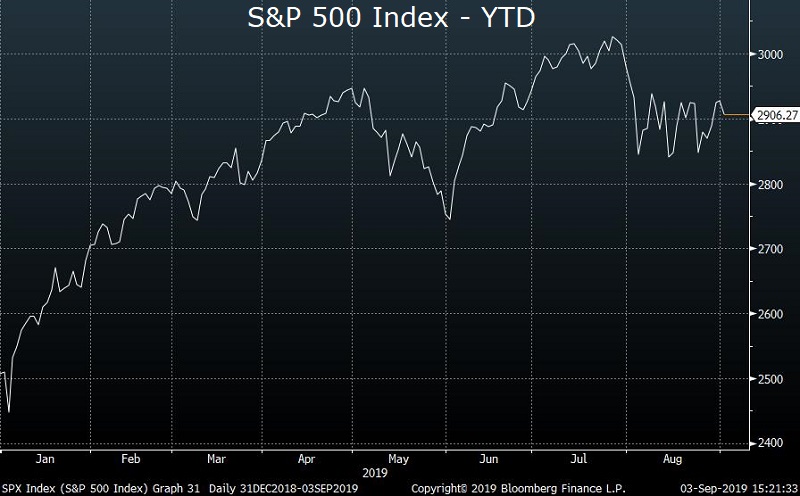 US Treasury yields fall 3-6 basis points as yield curve steepens. Like equities, bonds reacted strongly to the weak ISM manufacturing number, yields falling sharply across the board. The short-end of the curve was particularly affected, 2 year yields falling over five basis points. Long-term yields fell, but not as much, helping the spread between 2 year and 10 year yields eke its way into positive territory at 0.335 (up from the -5 bp level it hit last week). Fed Funds futures, which have priced in a 100% likelihood of a rate cut at the September FOMC meeting for the entire month of August, now price in a 57.1% likelihood of three more rate cuts before the end of 2019. 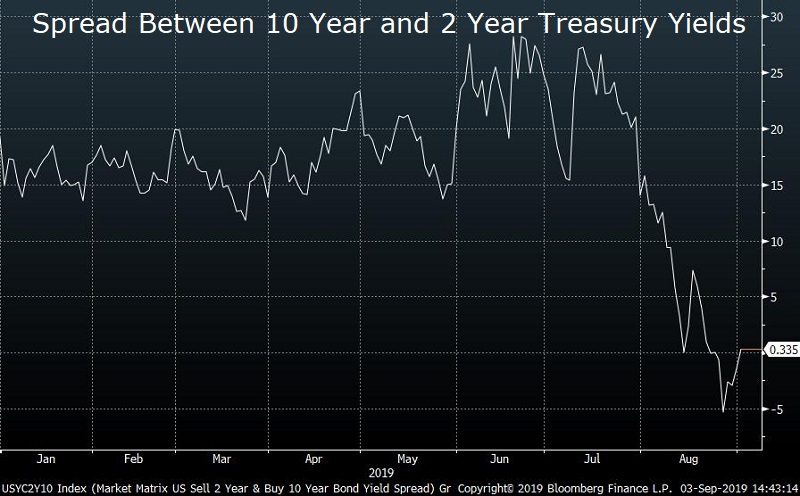 House of Commons vote sets the stage for delayed Brexit if no deal with EU is reached by October 31. The House of Commons vote ensures Boris Johnson will have to ask the EU for an extension to Brexit if no deal is reached by the October 31 deadline. Johnson had previously insisted that the threat of a hard Brexit was a key to his leverage in negotiating a new Brexit agreement with the EU. Today’s vote was the latest in a series of escalations between Boris Johnson’s Conservative party and the majority which is now comprised of the Labour party and a coalition of 75 other political parties, virtually guaranteeing the Brexit uncertainty will continue for foreseeable future.