Global political risks abate slightly, helping global equities rebound. After months of protests, Hong Kong leader Carrie Lam withdrew the extremely controversial extradition bill that would have meant the end of the “one country, two systems” principal under which Hong Kong had been governed since 1997. The easing in tensions led to a strong rally in the Hang Seng Index (+3.90%). The UK in turn saw a reduction in the odds of a no-deal Brexit as the House of Commons put forth legislation to prevent a departure from the EU without a deal and then prevented PM Boris Johnson’s attempt to call an election. The FTSE 100 and Euro Stoxx Indices rose 0.6% and 0.9% as a result. 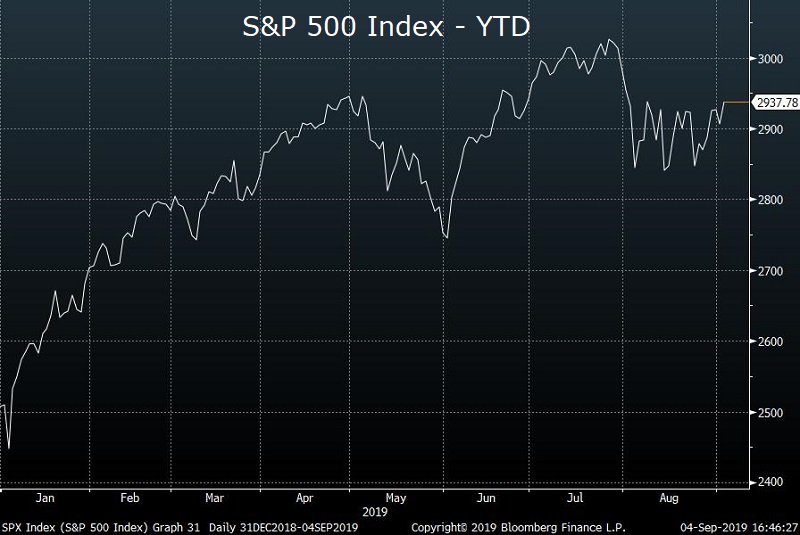 Rates mixed during volatile session as yield curve continues to steepen. Treasurys sold off to start the day, rates rising as much as 3 basis points before reversing course to finish mixed on the day. The yield curve steepened, the spread between 2 year and 10 year Treasury yields increasing to 3 basis points after inverting by as much as 5 basis points last week. Looking ahead to the rest of the week, markets will be extremely focused on Friday’s jobs report- particularly after a spate of recent manufacturing indicators have showed contraction despite a strong US consumer. 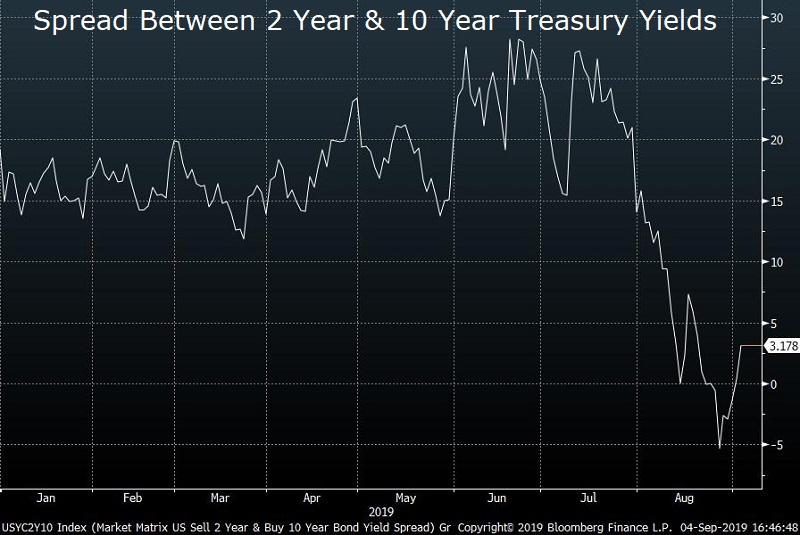 Fed speakers strike dovish tone. Fed speakers John Williams (NY Fed), Robert Kaplan (Dallas Fed) and Neel Kaskari (Minneapolis Fed) all made relatively dovish comments today. Dallas Fed President Robert Kaplan suggested the Fed should move aggressively to ease policy should the economy show any signs of weakness, adding that if the Fed waits for consumer spending to weak it would be too late. Williams and Kashkari expressed similar thoughts, Williams in particular pointing to slowing export growth and manufacturing as a rationale for additional rate cuts. Fed Funds futures continue to price in a 100% likelihood of at least one rate cut at the September FOMC meeting, and a 30.7% likelihood of a 50 basis point rate cut. 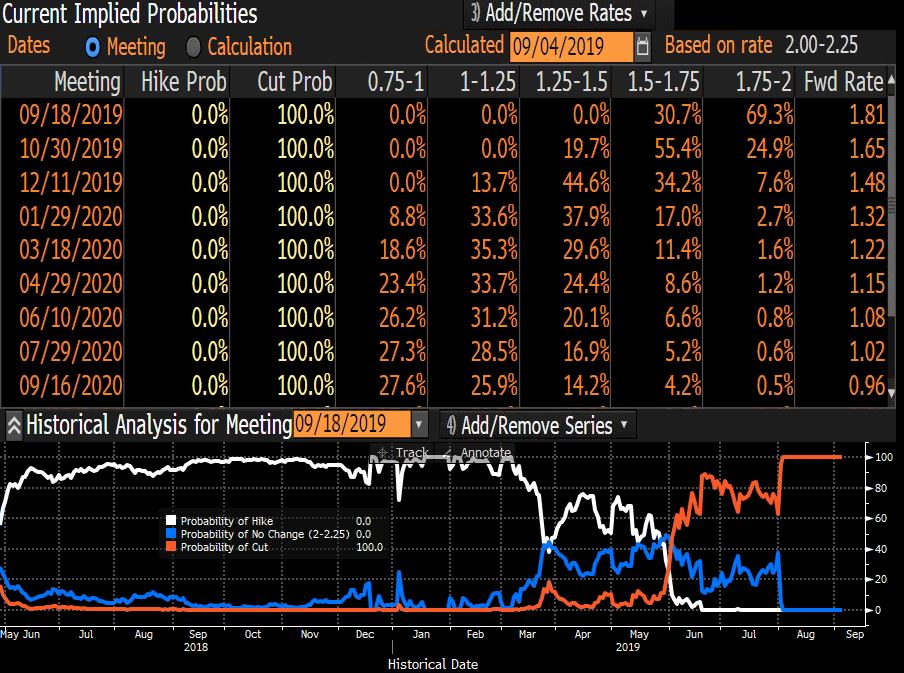