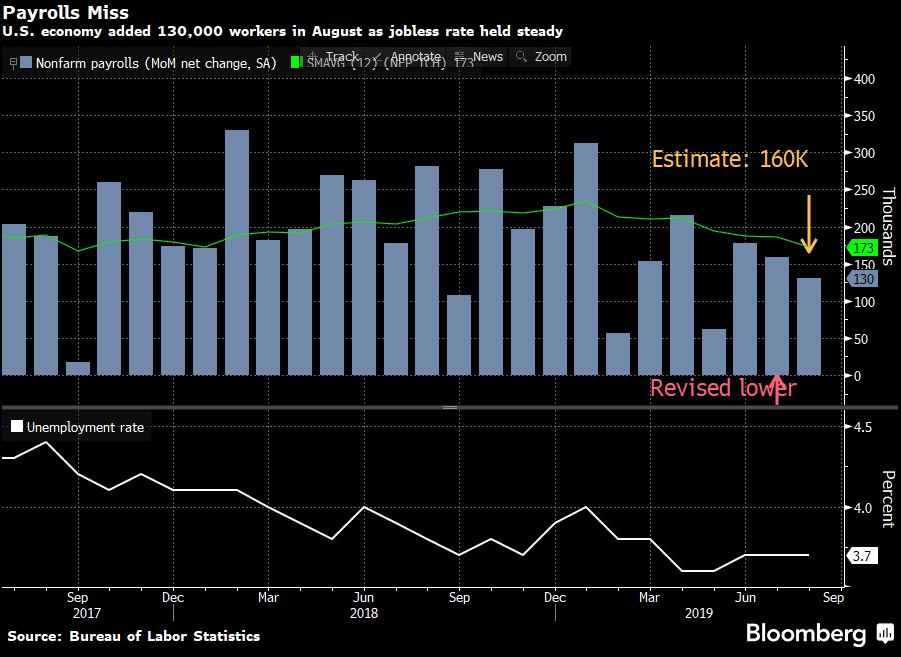 Fed chair Jerome Powell’s speech in Switzerland elicits yawn from markets as rates end the day flat. Powell said he believes the US economy will continue to grow at a moderate pace for the rest of the year, despite the headwinds from trade and weaker global growth. Powell added that the Fed’s decision to lower policy rates (and signal additional cuts) is “one of the reasons why the outlook is still favorable.” For those who believe that the recent inversion of 2 year and 10 year Treasury yields foretell a recession, Powell added that he does not expect or forecast a downturn in the economy. President Trump, who’s criticism of the Fed has been nearly incessant, tweeted that the Fed was “WAY too early to raise, and Way too late to cut,” adding “Where did I find this guy Jerome?” Treasury yields and swap rates ended the day little changed- the 10 year Treasury yield remaining at 1.558%. 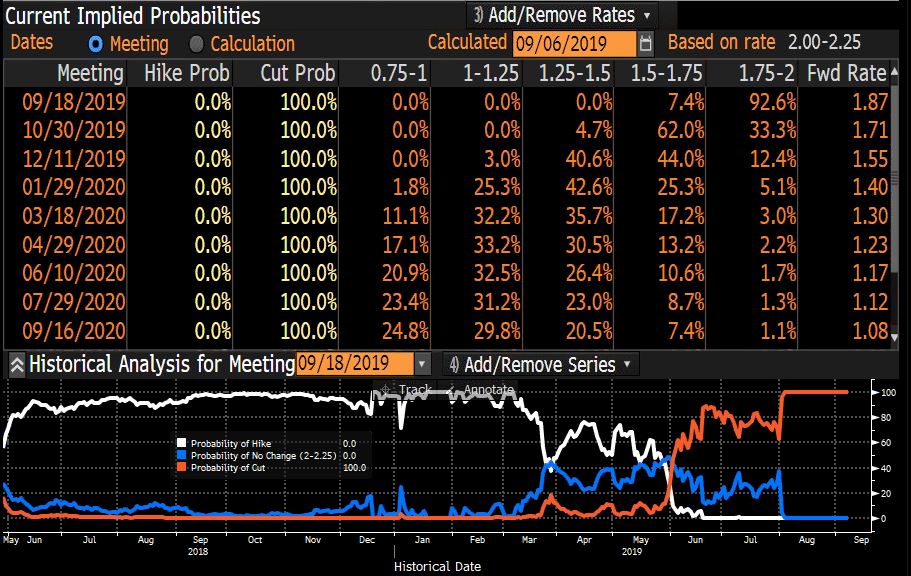 Week ahead. After a spate of weekly losses, the S&P 500 is back within 2% of a the all-time high notched on July 26th, while long-term rates have rebounded off their all-time lows. Next week will be devoid of any Fed speakers as the FOMC enters its blackout period which will last through the September 17th FOMC meeting. Tuesday will bring the latest small business optimism figures, while Wednesday and Thursday will bring the latest producer price and consumer price indices. Retail sales will round out the week on Friday.