Treasury yields and swap rates spike as sentiment around trade continues to improve. Swap rates and Treasury yields rose 7+ basis points across the curve today as Treasury Secretary Steven Mnuchin said that the US and China have made “lots of progress on trade talks.” The 10 year Treasury yield would close at 1.64%, the spread between 2 year and 10 year yields remaining positive at +5 basis points. The sell-off in government bonds was not limited to the US as 10 year German Bund yields rose back to -0.60% ahead of the European Central Bank’s policy meeting this Thursday. The ECB is widely expected to cut rates and potentially introduce new stimulus in the form of quantitative easing. 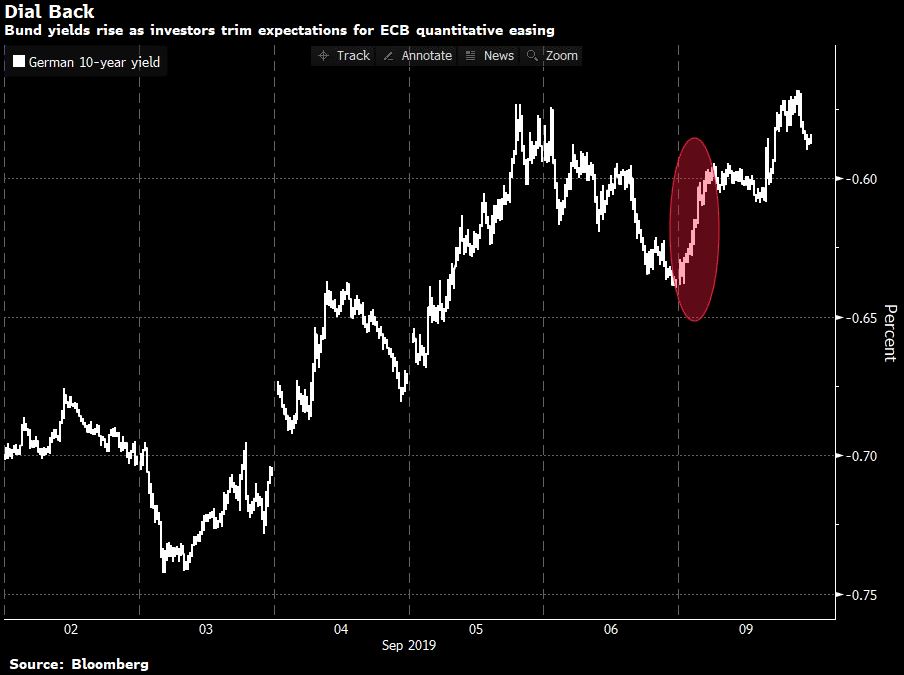 US stocks finish mixed as investors sell high-flying healthcare stocks. The sell-off in healthcare stocks (-0.92%) came as investors expect Congress to crack down on drug prices now that the House and Senate have returned from their August recess. Healthcare shares had been among the strongest during the latest equity rally, but today pulled the S&P 500 down to a marginal 0.01% loss on the day. Elsewhere, energy stocks were the strongest performers as crude oil advanced  (+0.43% on the day) following the news that Saudi Arabia and its OPEC allies will continue with production cuts to support prices. After today’s price action the S&P 500 remains within 1.4% of the all-time highs established last month. 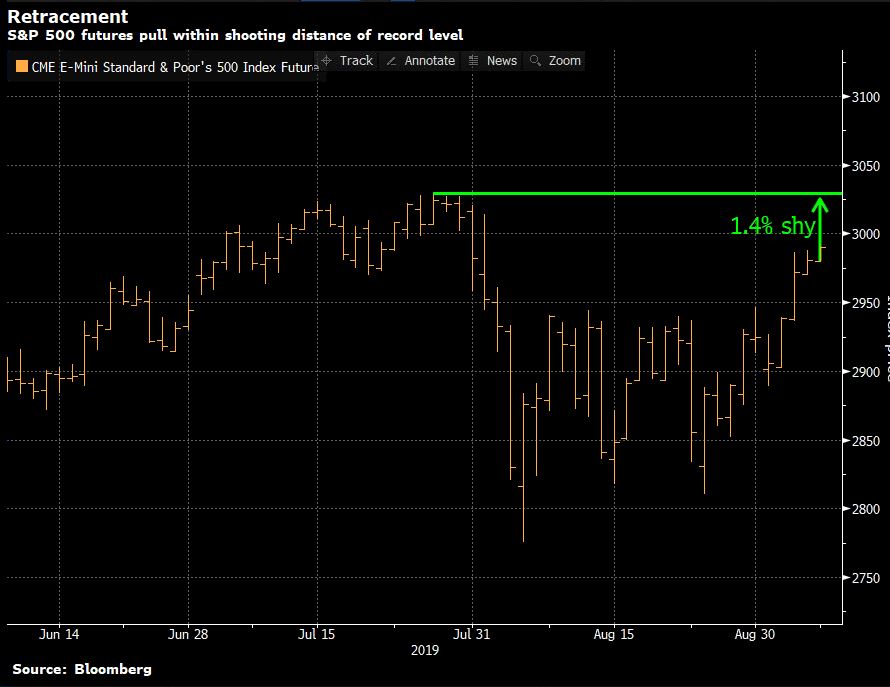 UK stocks fall 0.6% as investors brace themselves for more Brexit turmoil. British Prime Minister Boris Johnson insisted he remains committed to Brexit by October 31st, despite the passing of a law in parliament today that would prevent a no-deal exit on October 31st. The EU is said to be open to an extension beyond the October deadline but there are no signs that Johnson will consider an extension. Adding to the chaos, House of Commons Speaker John Bercrow said he would step down before the end October. The FTSE 100 ultimately fell 0.60% on the day.