Treasurys sell-off yet again, yields and swap rates rising 8+ basis points across the curve. Rates were higher across the curve, the 10 year Treasury yield rising to 1.73% on the day. Despite the recent sell-off, Fed Funds futures continue to imply a 100% likelihood of a rate cut in September and still price in an additional rate cuts before the end of the year. The MOVE Index, a measure of interest rate volatility, has fallen 14 points to 76 after hitting a 3 year high earlier this summer. 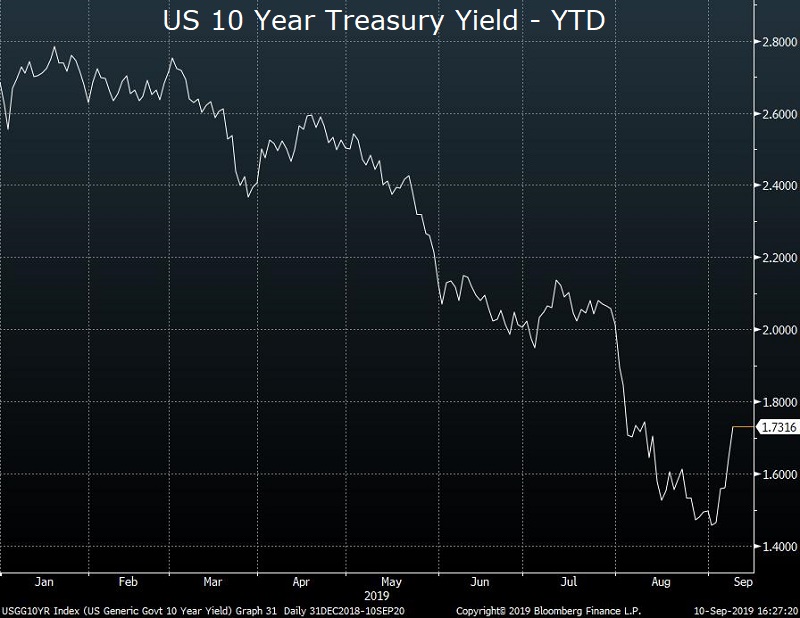 US stocks eke out gain in final moments of trading session. US equities continued to move on sentiment around US-China trade relations, stocks rising after a report that China would be willing to purchase more US agricultural goods. Also moving markets was the news that President Trump had fired National Security Advisor John Bolton, oil prices falling nearly 0.70% on the day as markets discounted the likelihood of a conflict with Iran. The S&P 500 ultimately finished the day 0.03% higher while the Dow Jones Industrial Average gained 0.28%. 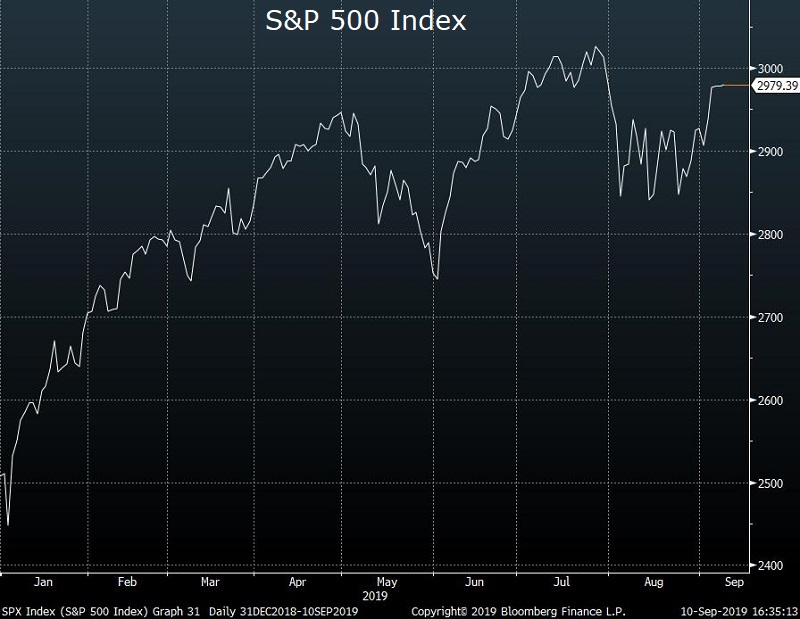 British Pound’s volatile run continues as PM Boris Johnson insists he won’t ask for Brexit delay. Johnson’s vow comes despite a law passed yesterday in parliament that would prevent a no-deal Brexit. The British Pound would ultimately finish the day at $1.2358 USD/GDP, while the FTSE 100 gained 0.44%. 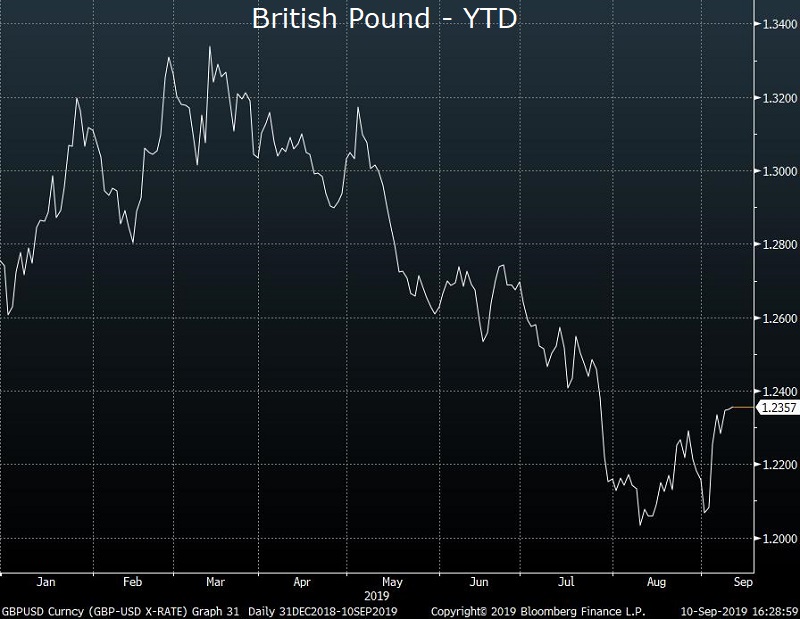