Treasury rally continues to peter out despite new stimulus from European Central Bank. Yields and swap rates initially fell after the ECB announcement of a deposit rate cut, additional stimulus and a commitment to do “whatever it takes” to prevent deflation. That said, Treasurys quickly gave back gains after a stronger than expected core-CPI figure (2.4% vs 2.3%) and news of a possible interim trade deal between the US and China. The 10 year Treasury yield ultimately climbed 4 basis points on the day, closing at 1.774%. 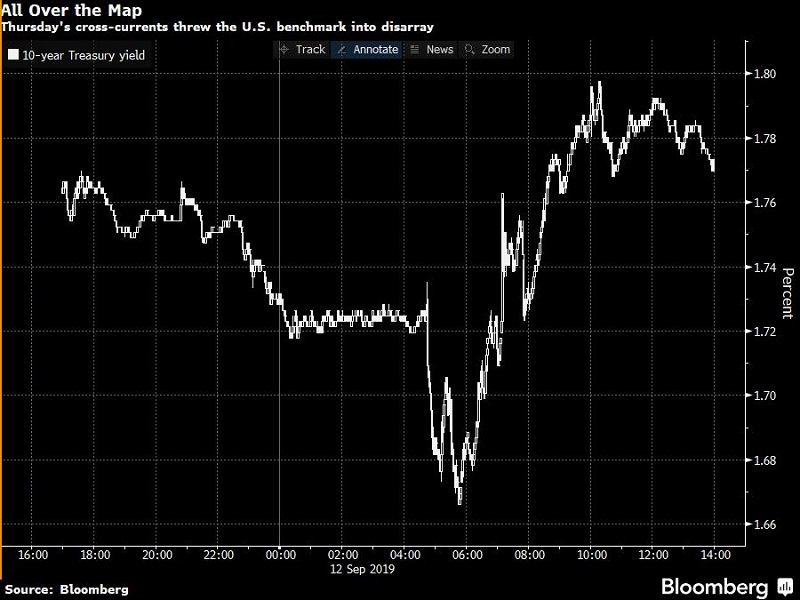 US and China said to near trade deal as President Trump delays new tariffs. On pause since May, talks between the US and China are now said to restart as the worlds largest economies focus solely on trade matters and put issues of national security to the side while a trade deal is hammered out. Talks will take place in Washington in early October, and will start on the right foot as both the US and China have made commitments to either delay the implementation of new tariffs or boost import purchases.

S&P 500 approaches record high once again as trade risks diminish. Positive trade developments helped the S&P 500 climb 0.3%, now sitting a mere 0.5% away from the peak it reached late July. The VIX or “Fear Index” which had climbed to 25 during the August sell-off now sits at the low level of 14. Rounding out the week tomorrow will be August’s retail sales report- the last big economic report before the Fed begins its two day meeting next Tuesday. Economists currently expect a gain of 0.2%. 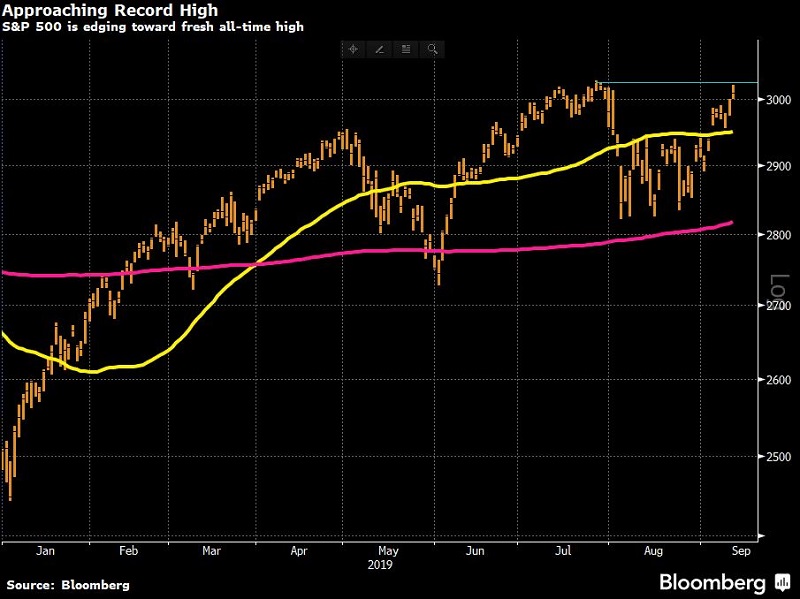