Fed Chair Powell sticks to script during the second day of his Congressional testimony. Powell reinforced the Fed’s commitment to backstop the economy using any/all tools available to the central bank (NIRP not among those tools), but cautioned that additional fiscal support may be required. He specifically highlighted that unemployment levels remain elevated despite the recent rise in payrolls.  A hot topic of discussion in the White House has been around potentially stopping the $600-a-week unemployment benefits after its scheduled end date in July.  Powell warned that this may misfire, adding, “it would be a concern if Congress were to pull back from the support too quickly.”  He believes the recent drop in unemployment and rise in retail sales was a direct result of the added Congressional spending.  Overall, equity markets were little changed following Powell’s testimony, with the S&P 500 and DJIA falling 0.4% and 0.6%, respectively.  Treasury yields/swap rates also traded within a tight range throughout yesterday’s session, but have opened 1-6 bps lower across the curve this morning. 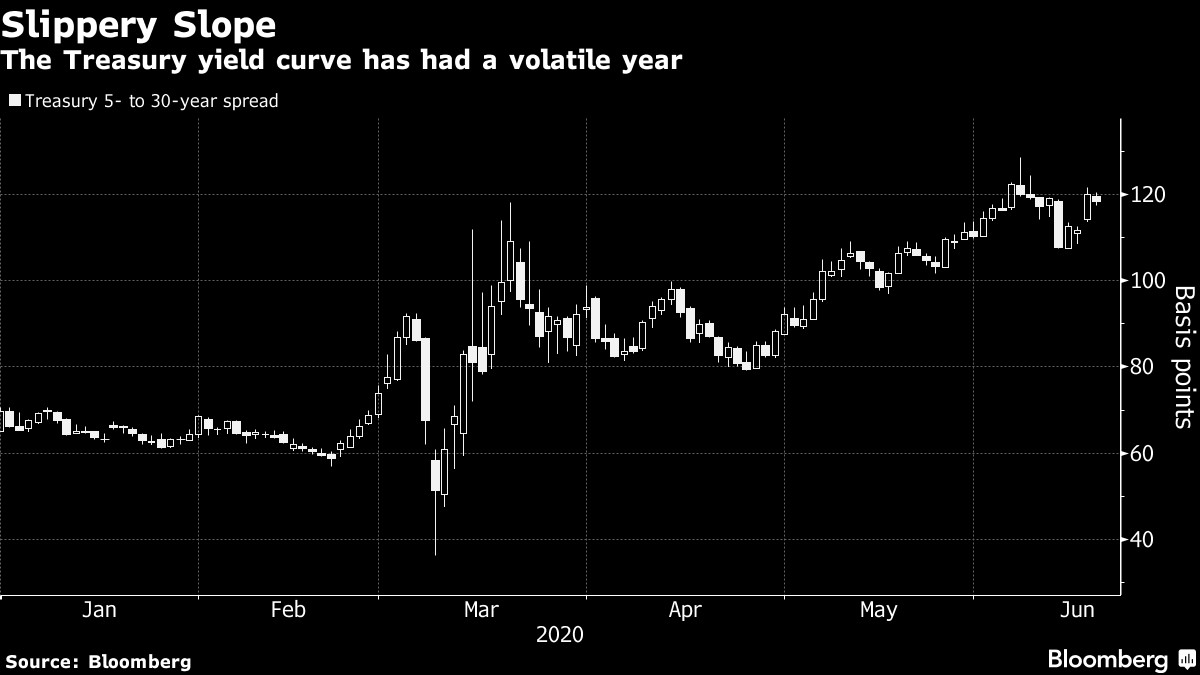 Economists estimate US-China relations have reached their lowest point in years. This comes after President Trump signed a bill calling for sanctions against China for their oppression of Uighur Muslims. In terms of the existing phase-one trade deal signed in January, China is currently behind on their purchases of US goods. During a Congressional hearing yesterday, US Trade Representative Robert Lighthizer confirmed that China plans to stick to the negotiated terms of the deal and will meet their commitments. 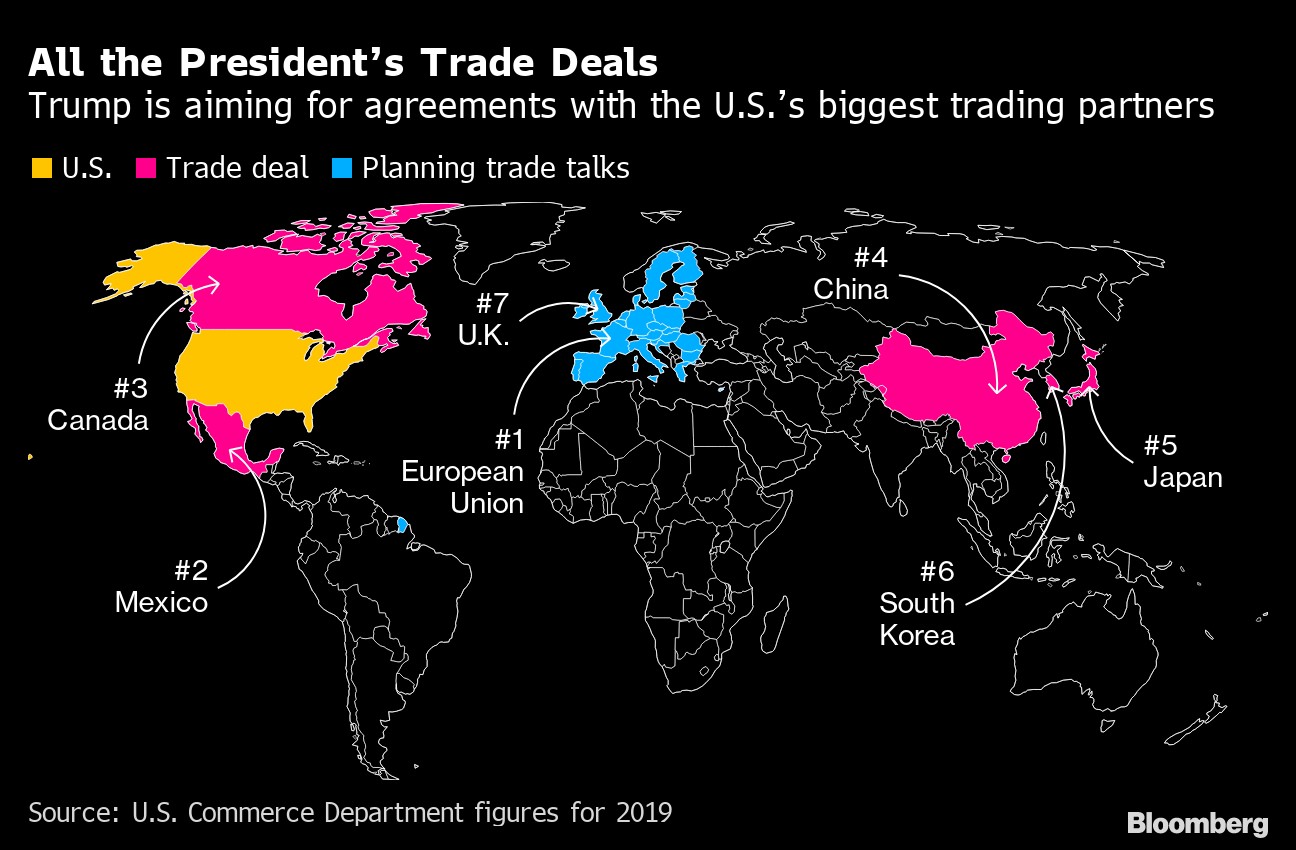 Internationally, the fallout from COVID-19 continues force the hands of central banks in loosening monetary policy. This morning, the Bank of England increased its bond-buying program by $125 billion to further stimulate their economy. They chose to keep their benchmark rate at 0.1% instead of moving it into negative territory, despite Governor Andrew Bailey and other leaders having discussed it in the past. Yesterday, Brazil’s central bank cut its benchmark borrowing rate to a record low of 2.25% (-75bps) and left the door open for further cuts this year. The Brazilian economy continues to struggle as authorities disagree over the proper response to surging coronavirus cases in the country — a number of models now project Brazilian deaths from the pandemic to exceed those in the US as soon as next month. USD/BRL continued its trend upward from a low of 4.82 two weeks ago to close at 5.23 as of Thursday’s close, paring gains the Brazilian real made in June after reaching historic lows against the dollar in May. 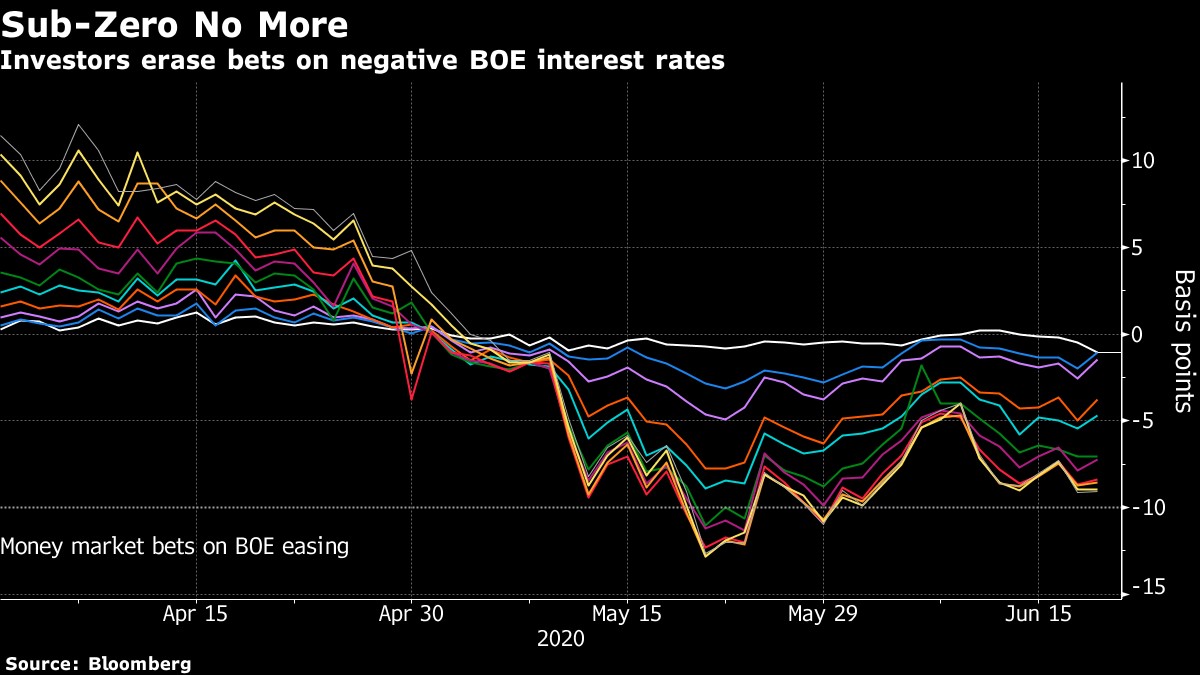 Jobless claims for the June 13th week fell to 1.508 million (1.3 million expected). While the figure has continued to taper off from the March highs, there still exists a large gap when compared to pre-coronavirus levels. Over the last three months, over 44 million Americans have filed claims. 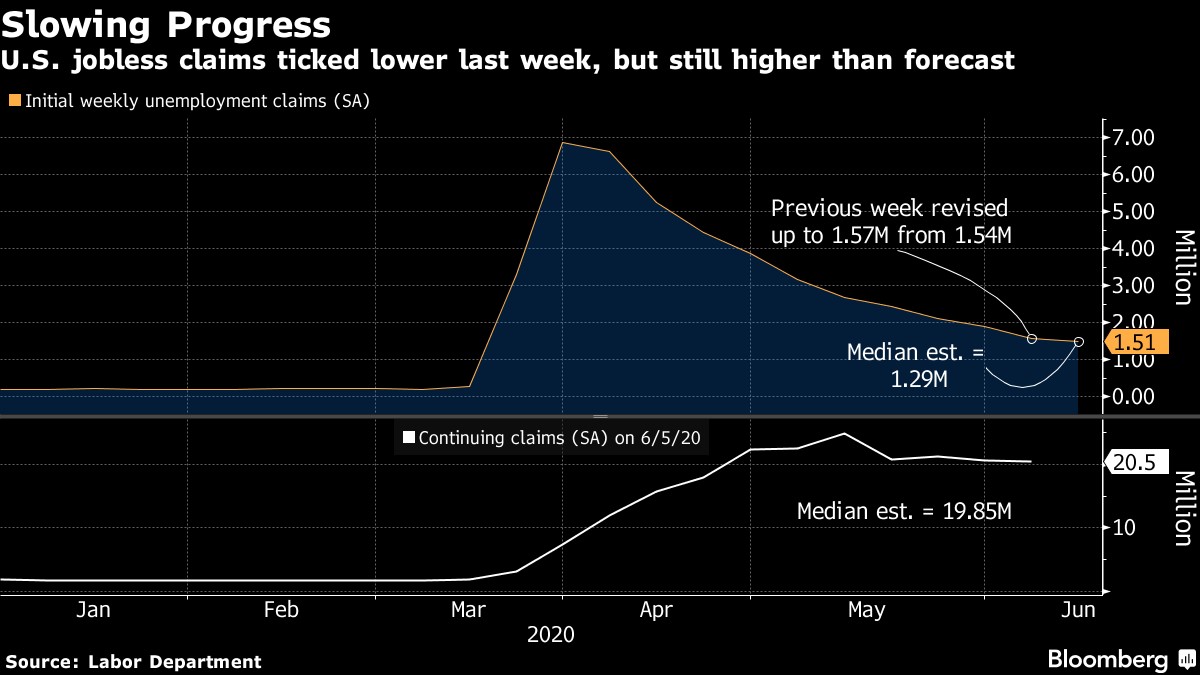