US jobs report shows big acceleration in hiring. The rebound in hiring from May’s disappointing report shows that the labor market remains resilient, despite the weakness seen in the rest of the economy in recent weeks. Average hourly earnings also rose at a healthy 3.1% annual clip, showing some semblance of the wage inflation necessary for broader price-level increases. Despite the strong data, Fed Funds futures still imply a 100% likelihood of a 25 bp rate cut at the July 31st  FOMC meeting. 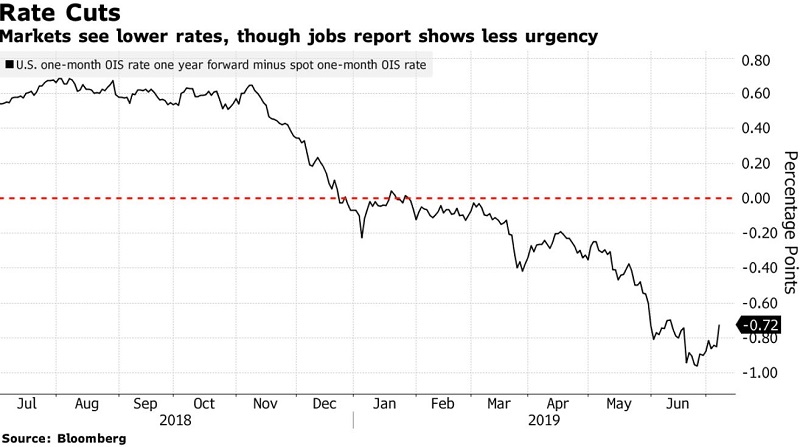 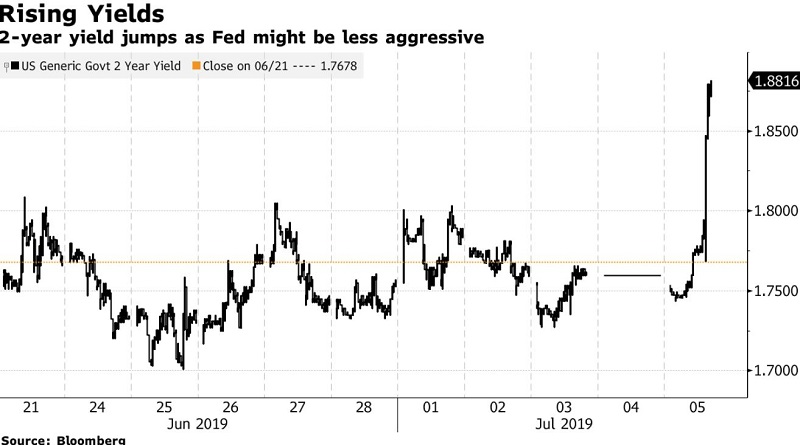 US equities fall as the US says trade talks with China are resuming. The Trump administration said that trade talks are re-starting with China after both sides agreed to resume negotiations at the G-20 summit last month. The Chinese had originally said that all punitive tariffs would have to be suspended before trade talks could progress, though White House economic advisor Larry Kudlow said today that Huawei technologies would remain on the US’s blacklist for the time being. The S&P 500 and Dow Jones Industrial Average slipped 0.18% and 0.16% respectively to close out the holiday-shortened week.