Treasury yields rise, swap rates unchanged after choppy session. Bonds initially rallied, pulling rates down 2 basis points across the curve before selling off, yields closing higher by 1-3 basis points across the curve while swap rates were little changed. Fed funds futures now price in a 98% likelihood of an “insurance” rate cut at the July FOMC meeting, but markets are now less certain about additional rate cuts later in the year. 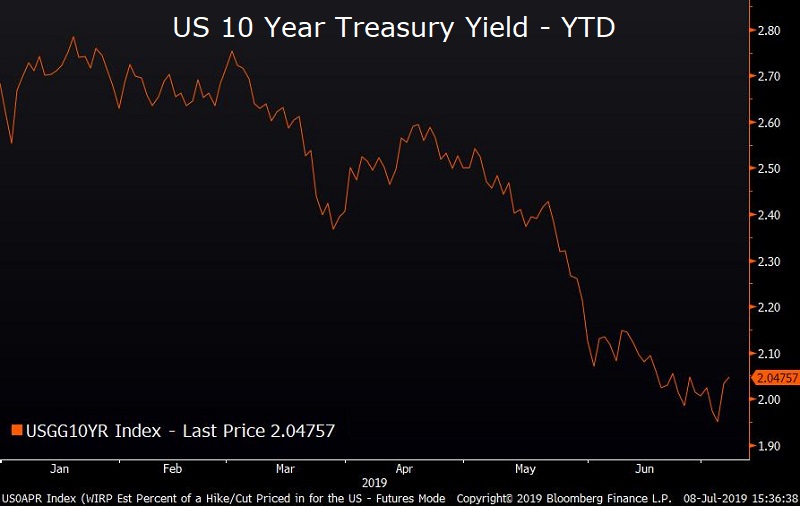 US equities fall for second day in a row, further retracing gains from all-time highs. The S&P 500 and Dow Jones Industrial Average fell 0.43% and 0.48% respectively after Turkish president Recep Erdogan dismissed his central bank governor and as equity investors downgraded the odds of a near-term quantitative easing by the Fed. Equities fell in Europe and Asia as well, the Nikkei falling nearly 1% while the Hang Seng fell 1.54%. 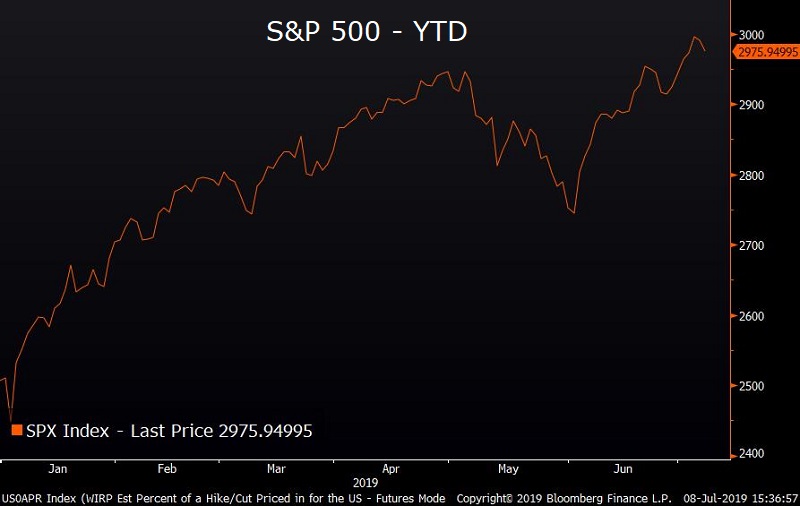 Week ahead. The week will be marked by numerous Fed speeches, Jerome Powell speaking publicly on Tuesday before giving testimony to the House of Representatives and Senate on Wednesday and Thursday. Powell’s public comments come at an interesting time, mere days after President Trump has once again lambasted the Fed, saying the central bank “doesn’t have a clue” and that it needs to cut rates to put the US on a level playing field with the EU. Some market participants are now suggesting that President Trump is attempting to groom one of his two Fed nominees to replace the chair, though the permissibility of removing an existing Fed chair is unclear. Five other Fed officials will also speak this week, inflation figures will close out the week. 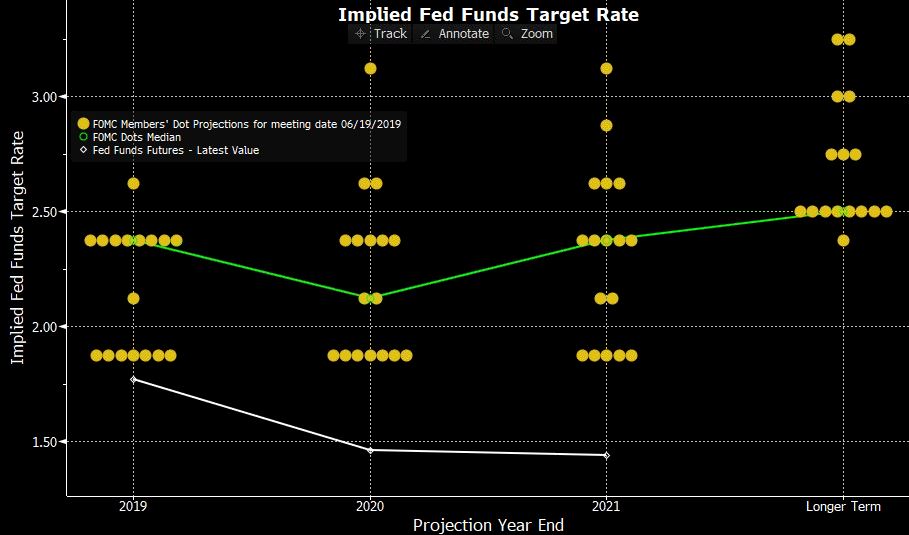