Fed Chair Powell set to testify before Congress tomorrow. The Fed Chairman has been the subject of much scrutiny as of late, both by markets and by President Trump who has repeatedly tweeted that he believes a rate cut is necessary to level the playing field between the US and its trading partners and to further support the stock market. The labor market has shown resiliency despite recent softer manufacturing data, with the US having added 224,000 new jobs in June. That surprise, coupled with a recent détente between the US and China at the G20 summit now has markets questioning if multiple rate cuts are as certain as thought just a week or two ago. Markets will look to Powell’s Congressional testimony tomorrow for further direction/clarity. 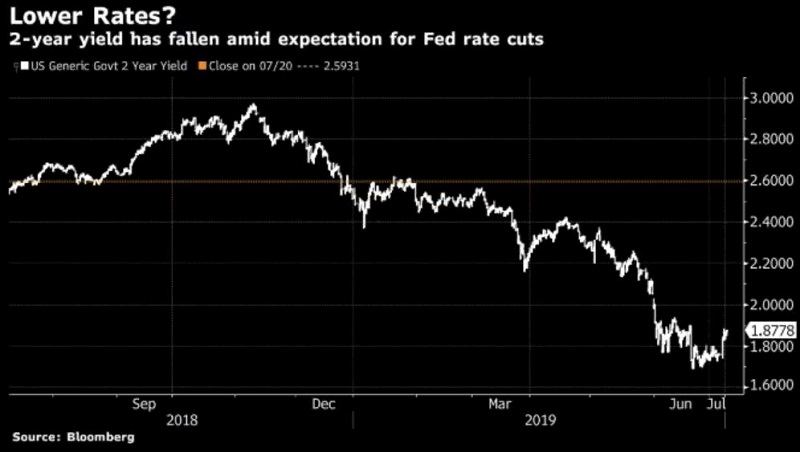 US stocks mixed ahead of Powell testimony and Fed minutes. US equities were generally rangebound today and mixed ahead of Powell’s testimony and the release of the latest FOMC minutes. The S&P 500 rallied off the lows to close up 0.1% while the Dow Jones Industrial Average fell 0.1%. Equity markets have been increasingly focused on the Fed in absence of major trade news and should be expected to rally should Powell be generally viewed as dovish tomorrow. 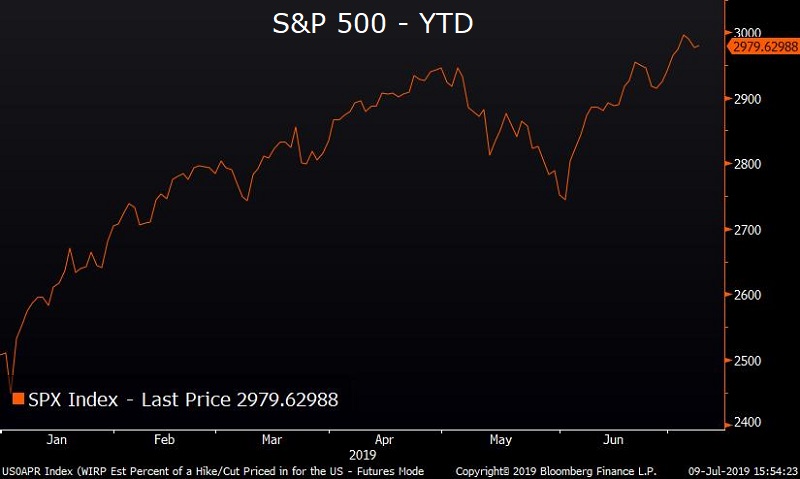 Pound retests lows as odds of a no-deal Brexit increase. Brexit once again finds itself at the forefront of market concerns internationally, as Britain’s conservative party members jockey to succeed Prime Minister Theresa May. Boris Johnson, the most likely candidate to succeed May, has said that Britain needs to leave the EU by the October deadline “with our without an agreement.” The pound fell to $1.2461, near the lows for the year. 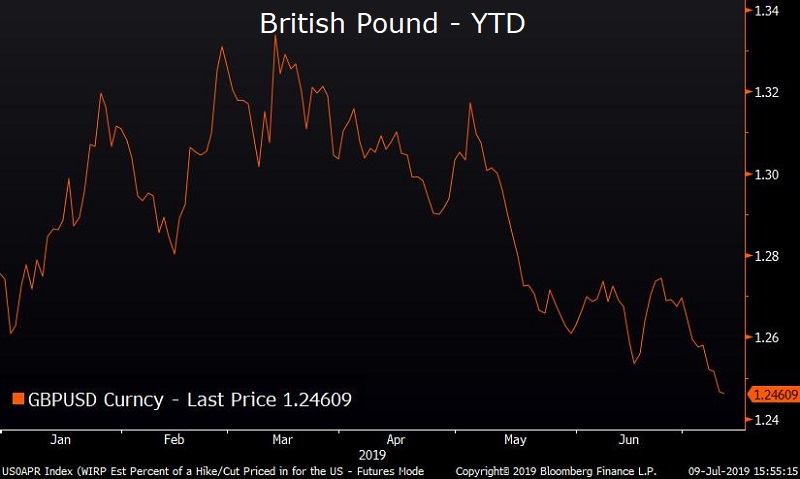