“To call something hot, you need to see some heat.” That comment (in reference to the labor market) by Fed Chair Powell during his testimony to Congress confirmed expectations of a rate cut at the July FOMC meeting, despite last Friday’s above-room temperature jobs report. The word “uncertainty” was uttered nearly a dozen times by Powell, who seemed intent on telegraphing a Fed rate cut at the end of July. Markets will now turn their attention towards forecasting the size of a rate reduction. Not since the early 1990’s has the Fed successfully executed an “insurance cut” – that is, cutting rates temporarily only to raise them later in the business cycle. Treasury yields and swap rates initially plunged on the short end of the curve, with 2 year rates falling nearly 8 basis points while 10 year swap rates actually rose a basis point. 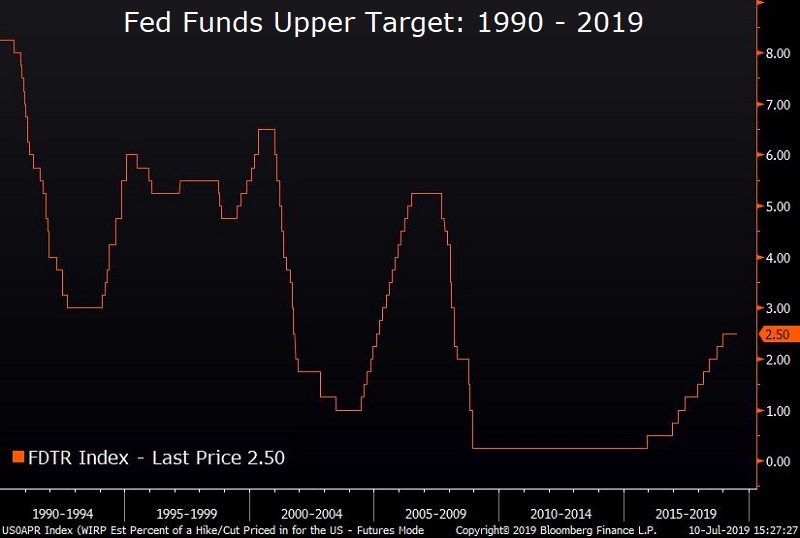 FOMC minutes confirm dovish pivot by Fed. FOMC members saw significant headwinds in the economy and agreed that they should cut rates should the headwinds persist, according to the Fed minutes from last month’s meeting. Interestingly, the FOMC also noted that the market’s anticipatory move lower in yields and rates cushioned the impact of the recent headwinds in the economy, potentially lessening the move the Fed would need to make downward. 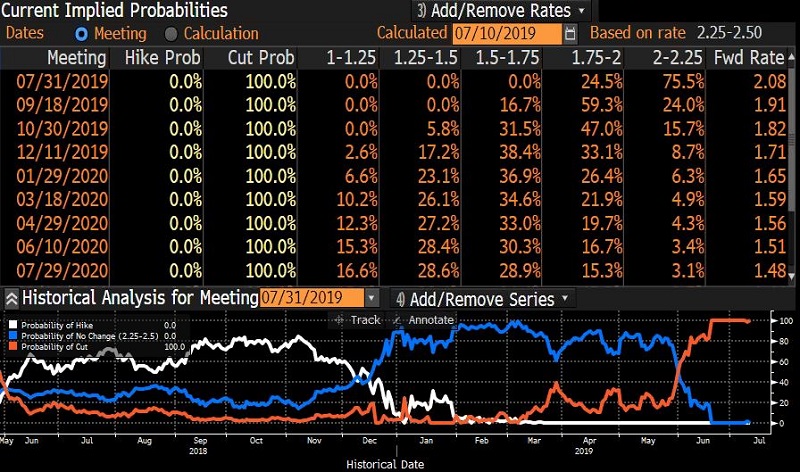 Equities cheer dovish Powell testimony. Despite the somewhat bleak implication for the US’s economic fundamentals, markets shot higher at the clearer outlook for more accommodative monetary policy. The S&P 500 broke 3000 for the first time in history while the Dow Jones Industrial Average also set an intraday record during the session. The indices would close higher by 0.8% and 0.3% respectively, led higher by energy and communications sectors. Financials were the biggest laggard- the S&P Bank Index falling 0.94% on the day. 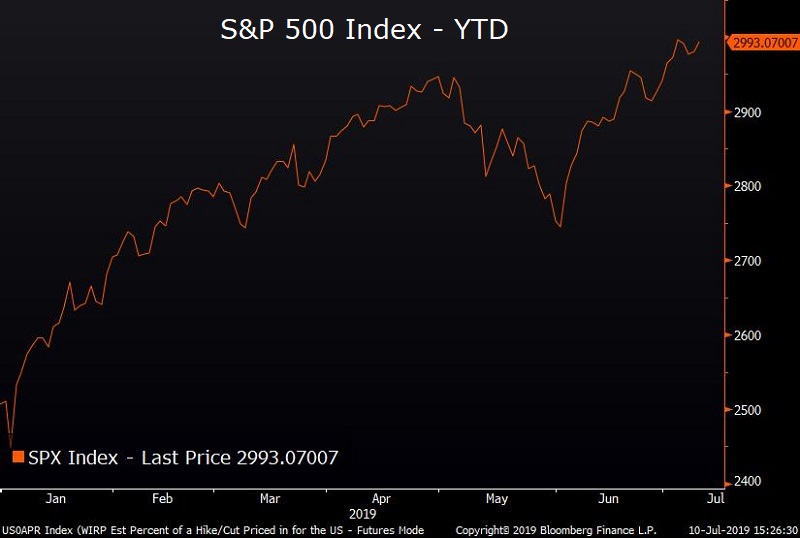