Strong June CPI number beats estimates, core CPI rising the most in over a year. Headline CPI rose 1.6% on an annual basis while core CPI rose 2.1%- beating estimates handily. The stronger inflation figures come as markets still price in a 100% likelihood of Fed rate cut at the end of the July – Fed Chair Powell yesterday having characterized weak inflation as a “risk… even more persistent than we currently anticipate.” Adding to the selling pressure on bonds was weaker than expected auction demand for 30 year Treasury bonds – pushing 10 year yields nearly 10 basis points higher. 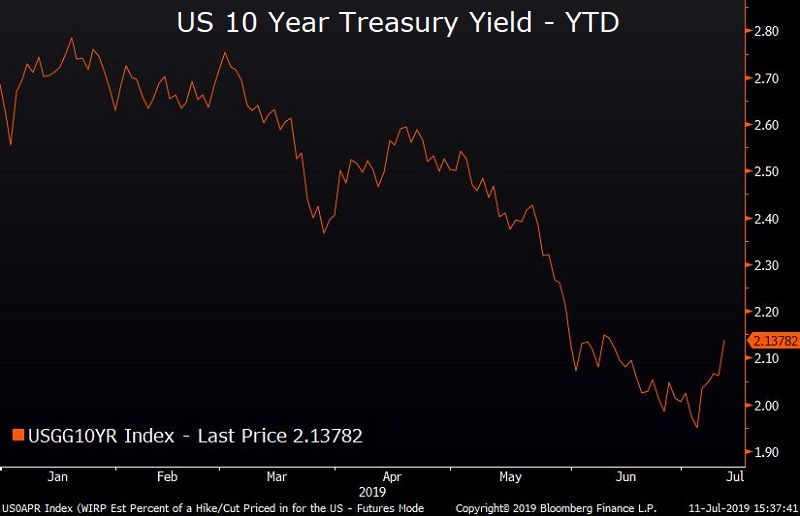 A bevy of Fed speakers provided mixed messages – further muddling interest rate forecasts past July meeting.  Fed Chair Jerome Powell reinforced his dovish stance in testimony before the Senate panel this morning, acknowledging that while the US economy is “in a very good place”, the FOMC should “use our tools to keep it there.” New York Fed President John Williams supported such guidance in his speech at the University of Albany, where he stated “If anything, relative to earlier in the year, the conditions, the arguments for adding policy accommodation have strengthened over time.” Reflecting a different perspective as to the next steps for central bank policy, both Raphael Bostic (Atlanta Fed Chief) and Thomas Barkin (Richmond Fed President) espoused more of a wait-and-see stance. Citing last week’s strong bounce back in payrolls and unemployment holding near 50-year lows, Bostic likened the situation to “not seeing the storm clouds actually generate a storm yet.” 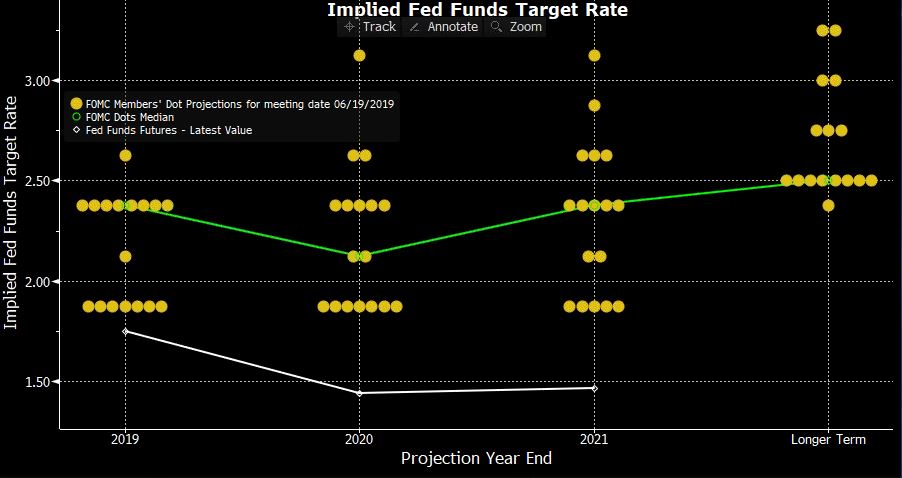 US equities hit new records as Fed continues to signal July rate cut. Markets remained fixated on the Fed with Chair Powell back on Capitol Hill speaking before the Senate. The continued expectation of an accommodative monetary policy seemed sufficient to help both the S&P 500 and Dow Jones Industrial Average notch fresh records. The indices ultimately rose 0.2% and 0.85% respectively, led higher by industrials and healthcare sectors. 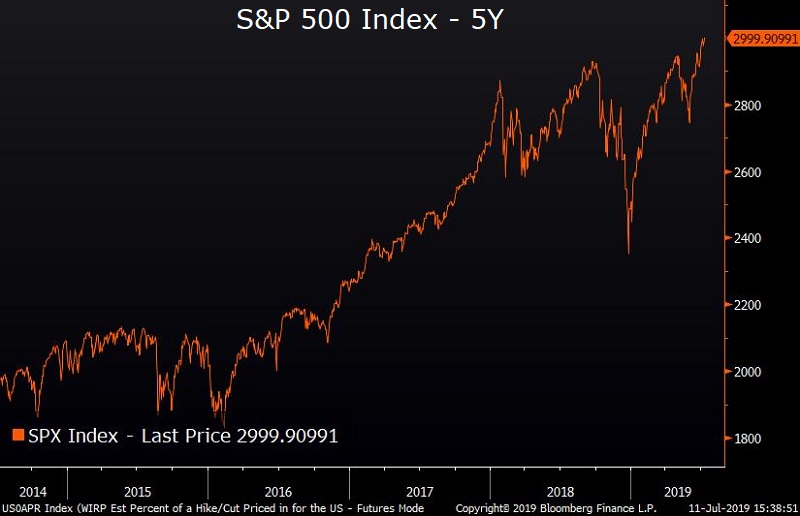