U.S. stocks fall as investors see more signs of a global slowdown. Industrial sector stocks were hit hard after Chinese industrial earnings fell 1.9% in December. In the US, Caterpillar reported sales and earnings that missed estimates-citing weak domestic and international demand. Caterpillar is often seen as a bellwether for macroeconomic activity and the company’s pessimism is the latest evidence of a slowing global economy. The S&P 500 fell 0.78%, led lower by tech stocks (-1.40%) while the S&P Bank Index closed at its highest level since November, having rallied 22.6% since its December lows. 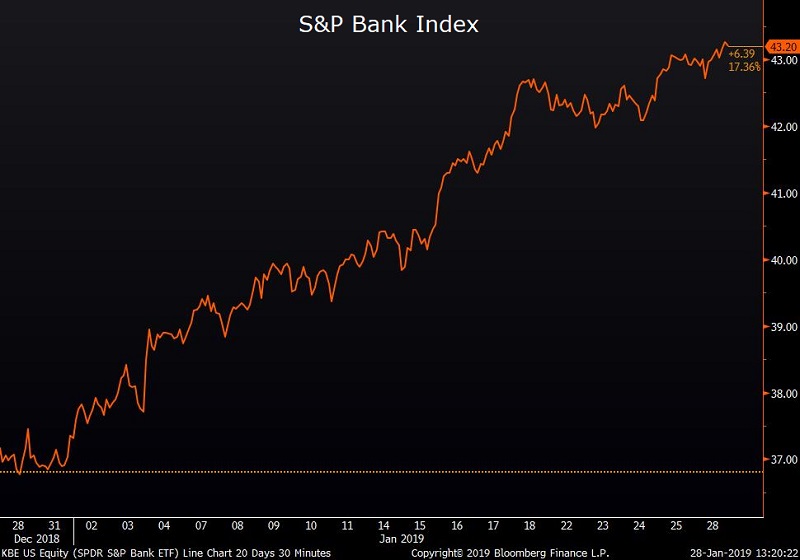 Treasurys rally, rates fall as risk markets falter. Both Treasury yields and swap rates fell as much as four basis points before ending the day down 1.5-2 basis points. The focus for the rates market this week will be the Wednesday’s FOMC announcement and Fed Chair Powell’s post-meeting press conference. While no change in policy rates is anticipated, Fed officials are likely to use this week’s meeting to reinforce that their patient approach toward additional rate hikes. Fed watchers will also be looking for guidance as to whether the central bank are prepared to scale back the pace of unwind their balance sheet. Recent news reports suggest that some FOMC members now favor stabilizing the balance sheet at much higher levels than previously anticipated. 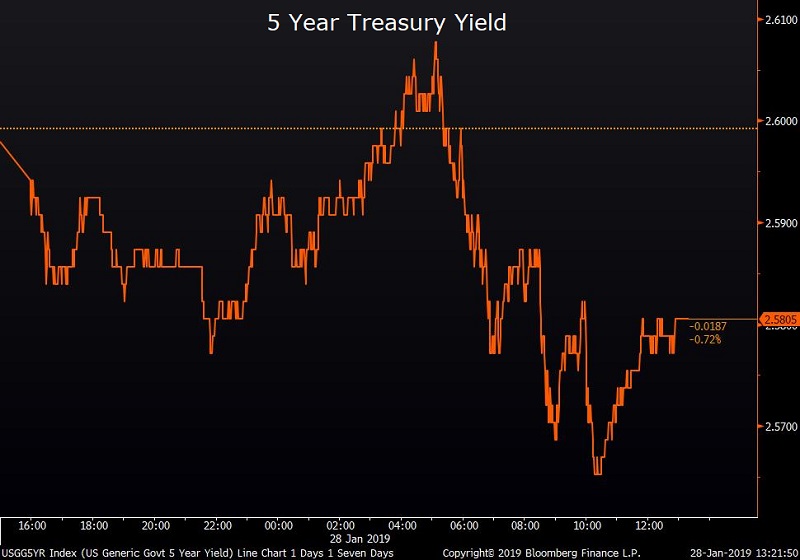 President Trump says another shutdown is “an option”. The President’s comments come only days after news of a temporary three-week reprieve pushed risk assets higher. The President is skeptical Congress will reach a deal to fund the border wall he has requested, and has suggested he will use emergency powers to get funding if needed.

Looking ahead. Chinese President Xi’s top aide, Vice Premier Liu He will meet with U.S. officials Robert Lighhizer and Steve Mnuchin this week. Both sides badly want to emerge with signs of progress, and the meeting will likely serve as a near-term catalyst for markets. The week will also be a busy one for corporate earnings- Apple, Microsoft, Facebook, Tesla and Samsung all announce earnings this week. On the macroeconomic front,  US GDP figures will be released on Wednesday along with the FOMC’s rate decision. 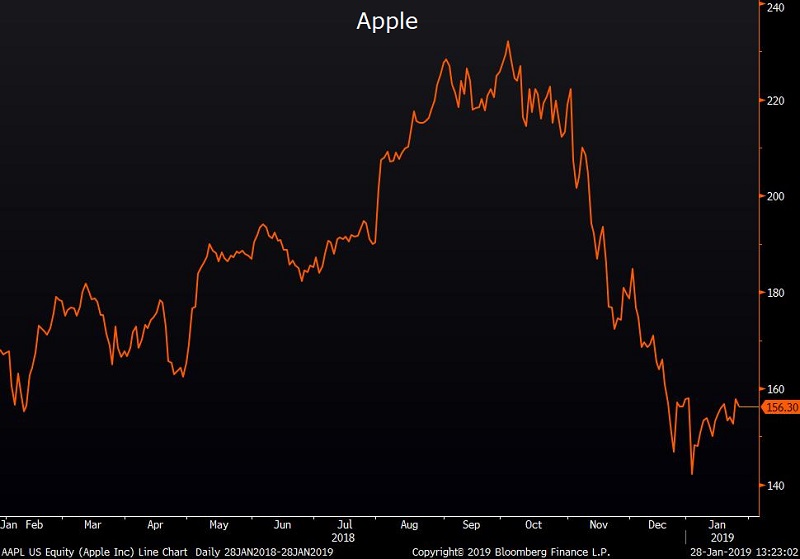