Rates sharply higher as Senate votes to end shutdown. Both treasury yields and swap rates climbed 3-5 basis points higher after President Trump and Senate officials announced a temporary end to the shutdown. The current deal will last three weeks, allowing congress to continue to negotiate an agreement that will attempt to incorporate President Trump’s wall funding request. If Congress is unable to come to an agreement, President Trump is expected to invoke a national emergency to get the funding needed for a border wall. 10 year Treasury yields climbed to 2.758% on the day while the moderate steepening in the swap curve still left swap rates inverted through the 7 year mark. 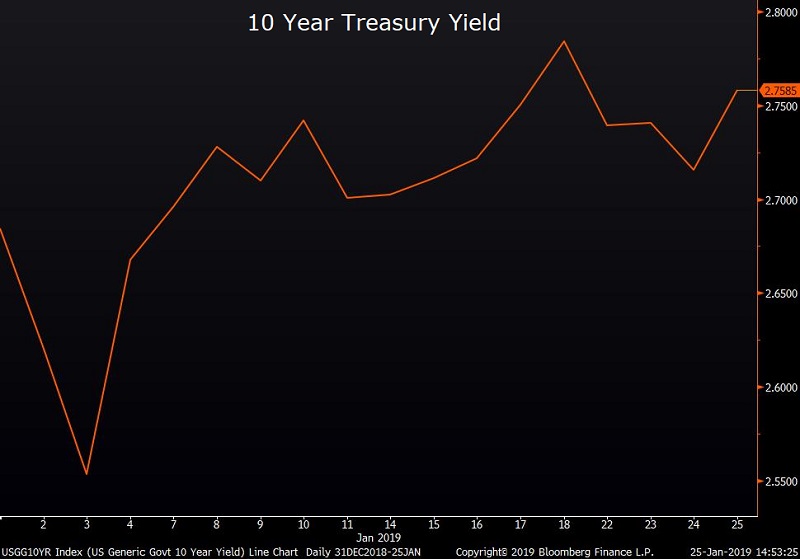 Equities end the week on a positive note after Fed and shutdown risks moderate. Both European and US equities moved higher on reports that the Federal Reserve would consider an early end to its balance sheet reduction. Earnings were mostly mixed on the week, and the S&P 500 ended the week flat as most investors looked ahead to trade negotiations next week between the US and China. 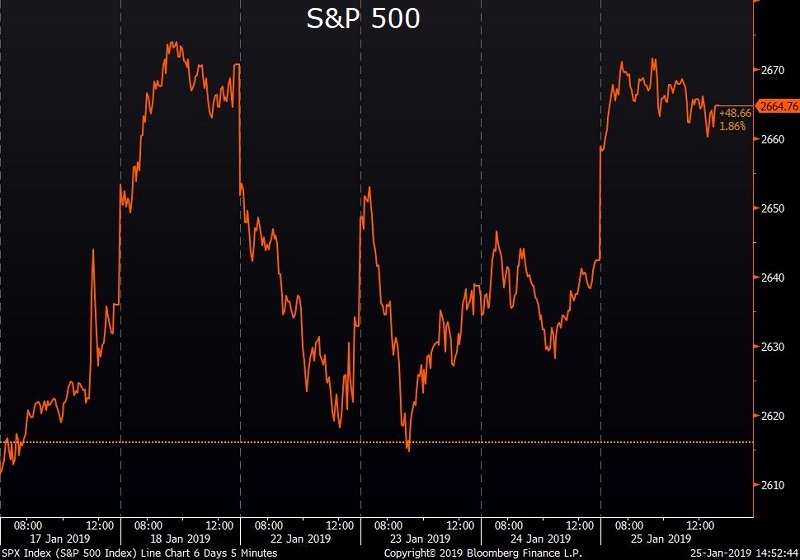 Next week’s highlights. Fed officials will convene for a two day policy meeting on Tuesday at which they are expected to signal a pause in rate hikes. There is much less certainty around the pace of the Fed’s balance sheet runoff- any official change to the current pace of the runoff could have a large impact on both equity and rates markets. Previously, Fed officials had expected it would take up to 5 years to reduce their balance sheet to their target level of $1.5-3 trillion dollars. However, recent reports suggest that the Fed is considering ending the balance sheet wind-down much sooner. On the trade front, Chinese Vice Premier Liu heads to Washington next week to continue trade talks with US officials- trade remains the most crucial near-term issue for financial markets. 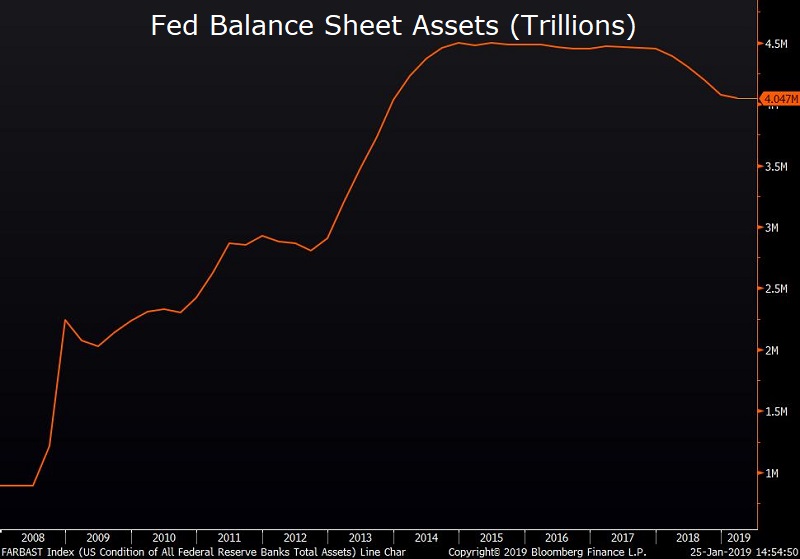