Wilbur Ross’s hawkish comments on trade sends rates lower as Treasurys see a safe haven bid. The Secretary of Commerce caught investors off guard when he said that the US and China remain “miles and miles” apart on trade- adding that the US has an “intolerably large trade deficit with China”. Equities sold off in the aftermath of the comments, swap rates and treasury yields initially falling 3 basis points across the curve before coming back towards the end of the day. 10 year treasury yields ultimately ended the day at 2.716%. 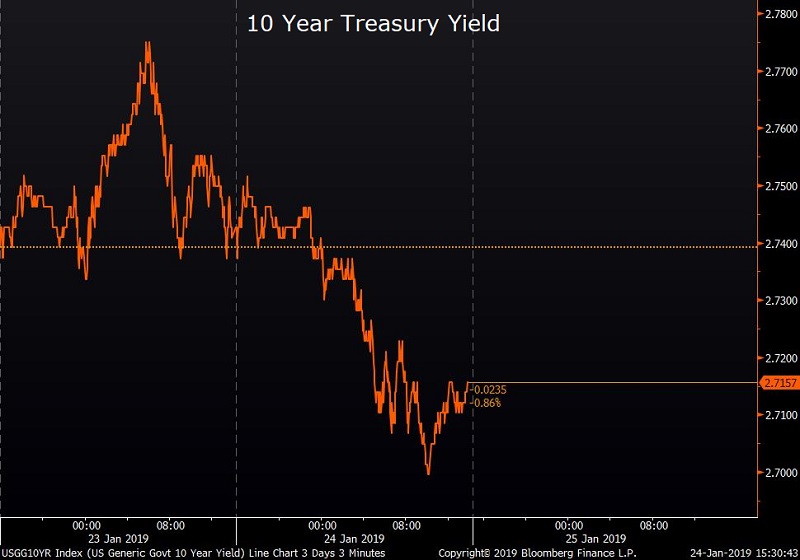 Shutdown enters day 34 as Senate fails to pass two competing measures that would open government. Urgency to resolve the impasse grows, as Friday will bring the second consecutive missed paycheck for 800,000 federal employees. The House of Representatives was successful in passing legislation to fund the Department of Homeland Security through February 28th, coming shortly after former White House chief of staff John Kelly and four former secretaries sent congress a letter calling for full department funding (along with an end to the government shutdown). The shutdown has yet to show up meaningfully in economic data, jobless claims actually fell to a 49-year low today. 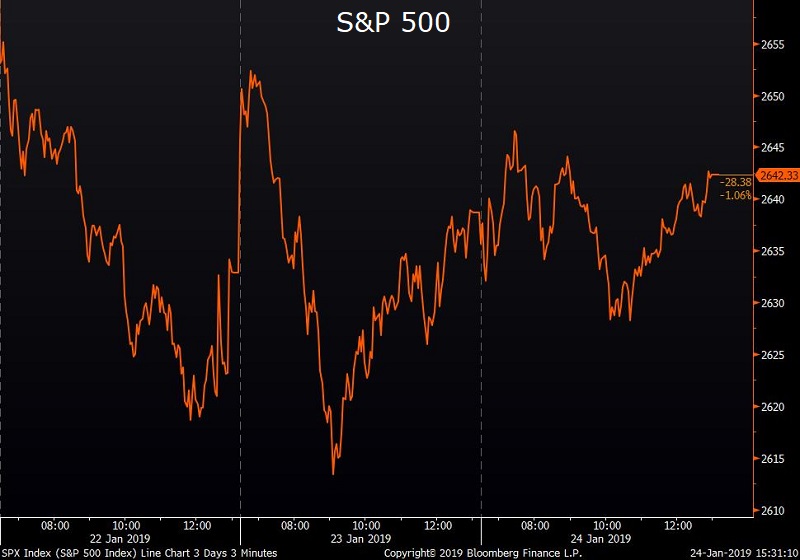 ECB leaves rates unchanged as Draghi warns on growth. Mario Draghi’s dovish comments following the rate decision signaled a significant shift in outlook for the central bank. Notable, Mario Draghi acknowledged that the ECB was “unanimous about acknowledging the weaker momentum and changing the balance of risk for growth”. Barclays CEO Jes Staley echoed the cautious sentiment, pointing to risks in credit markets and slowing growth from Brexit. 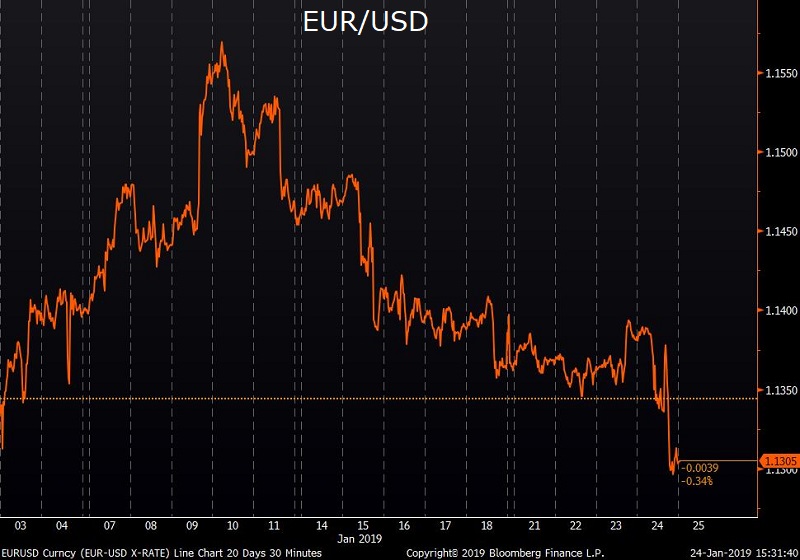