Rates close nearly flat after volatile session. Treasury yields and swap rates closed nearly flat on the day. The 10 year Treasury yield rose slightly to close at 2.74%. The bond market continues to price in no hikes or cuts for the rest of 2019. Investors will closely monitor tomorrow’s jobless claims and purchasing managers reports for any evidence that the economy may be losing momentum going into 2019. 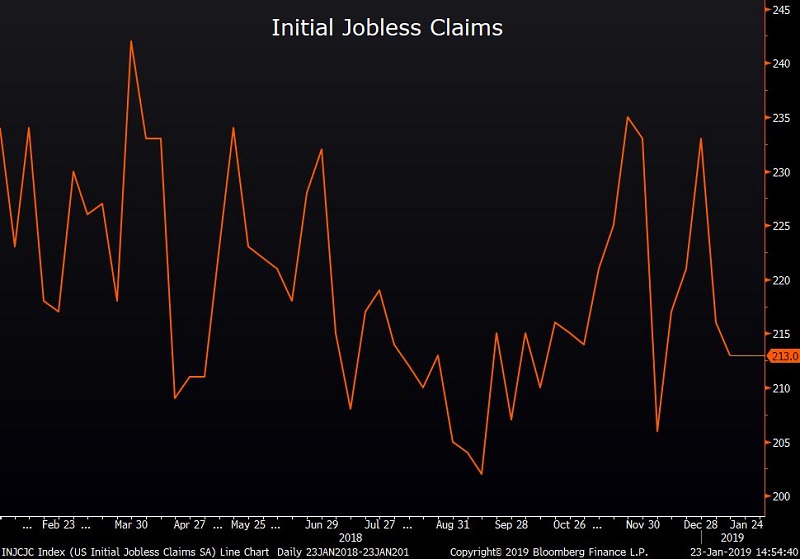 Government shutdown enters its 33rd day, with no end in sight. House Speaker Nancy Pelosi said Wednesday that the house won’t vote on a resolution to authorize to allow the State of the Union while the government remains unfunded. Meanwhile, Kevin Hassett, a key economic advisor to the White House, stated that it’s possible we’ll see 0% growth in the first quarter of 2019 if the government remains shut down for the entirety of the first quarter. 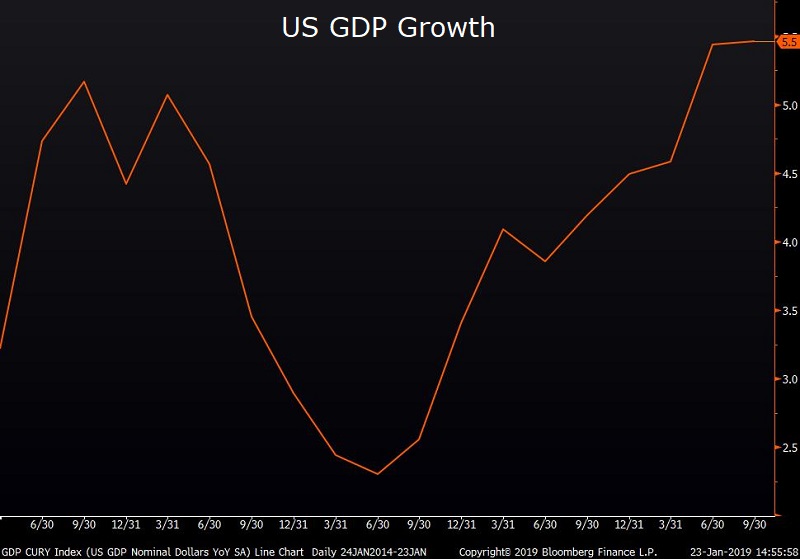 Equities end choppy session in the green. The S&P 500 started higher and ultimately closed up .22% on the day as positive earnings guidance outweighed concerns around foreign trade or a global slowdown. The index was led higher by Consumer Staples and Utilities sectors,  both of which are counter-cyclical and typically outperform the broader market during periods of weaker growth. 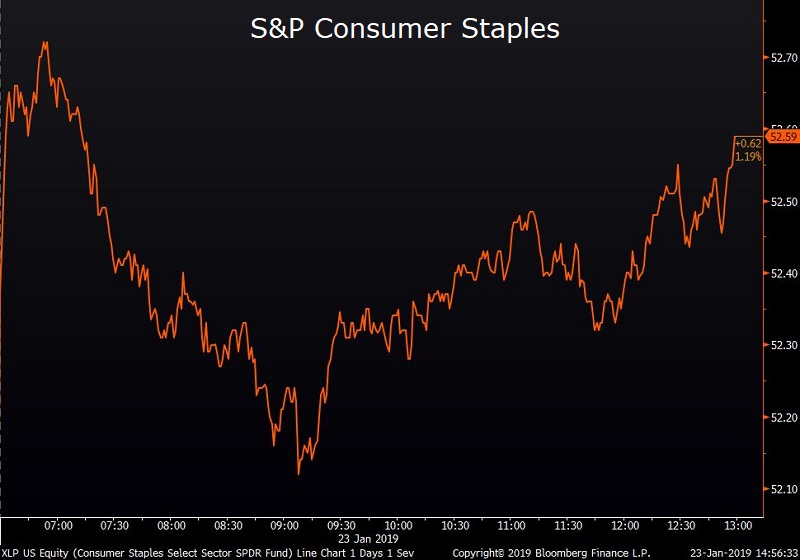 Fed messaging on balance sheet remains mixed. Fed officials have been unanimous in preaching patience and data-dependence as they ponder additional rate hikes, but they have been mixed in their messaging on the Fed’s balance sheet run-off. Equally as important to monetary policy as rate decisions, the shrinking Fed balance sheet is another tool in monetary tightening,  but it’s one that is much less transparent than rate hikes. Currently, the Fed is allowing the balance sheet to shrink by $50 billion per month- the market will parse Fed Chair Jerome Powell’s comments in the coming weeks for any hint that the Fed may be willing to slow the pace of balance sheet run-off if the economy shows signs of weakening. 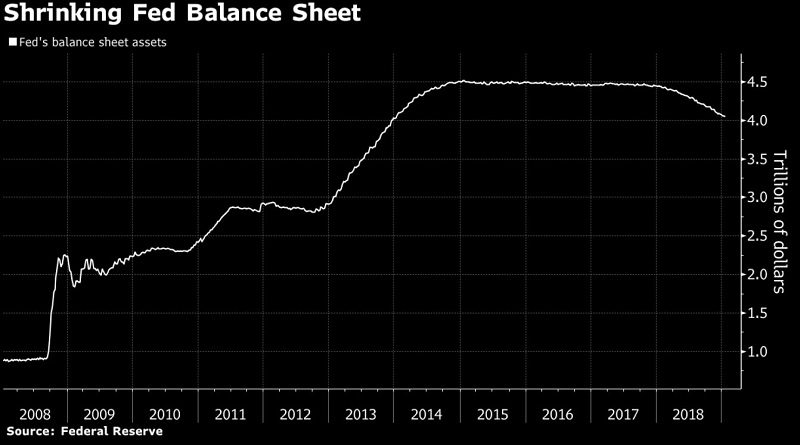